Bulgarian haulier Discordia now has a fleet of 1,000 trucks

Bulgarian logistics firm Discordia has grown its fleet to the milestone figure of 1,000 new generation trucks. 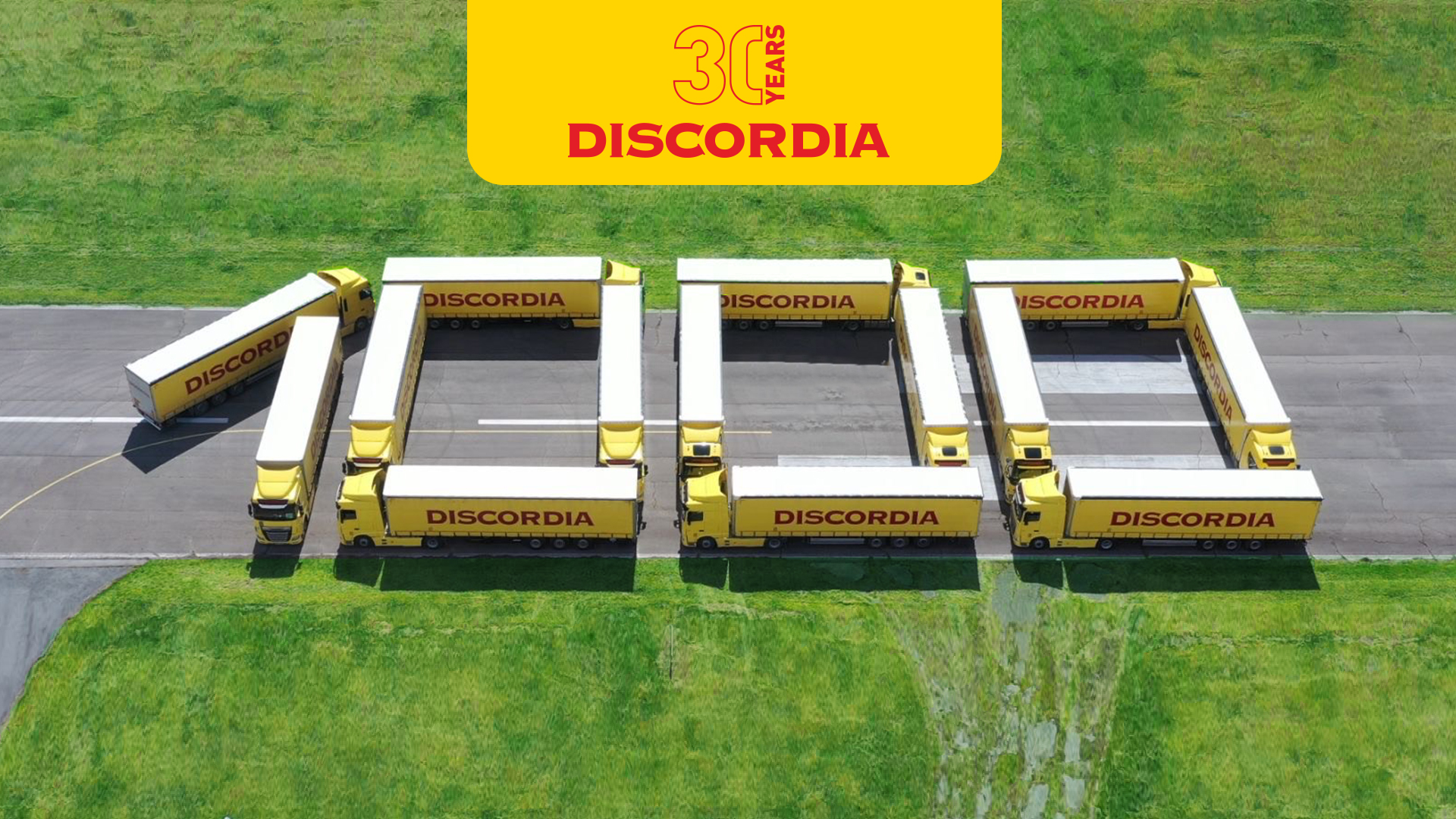 The company says the reaching of this milestone is proof that despite the difficulties caused by turbulent events in recent times, it is now the largest haulier in Bulgaria.

The milestone also coincides with the company’s 30th anniversary. Founded in 1992 in Varna with only 2 vehicles, Discordia not only now has a fleet of 1,000 trucks, but also a team of around 1,700 employees. According to the company, it has registered an average annual growth of over 40% each year for the past five years.

Discordia writes that this has helped the firm to invest in “state-of-the-art truck systems to reduce carbon emissions and ensure driver comfort and safety.”

The company also boasts that its fleet’s vehicles “are of the latest generation”, and that “the company’s partners are three of the world’s largest truck manufacturers”.

Commenting on the milestone, Hristo Hristov, CEO of Discordia, said:

“Just a few months ago, we had two successes: buying a 900 truck and hiring 1,500, and today we are celebrating a flotilla of 1,000 trucks with a team of more than 1,700 people. We are extremely satisfied with the pace at which the company is growing, as well as the interest of young and ambitious people who are willing to work with us. The growth is due to our motivated team and I want to sincerely thank everyone for their professionalism and dedication. I am sure that this year, in which we celebrate the 30th anniversary, we will have many more successes together.”

Discordia adds that its main aim at present is to continue expanding its presence in European markets while investing in new tech.