As the freight traffic problems in Kent continue, here is our latest update on cross-Channel crossings and the Operation Brock situation. 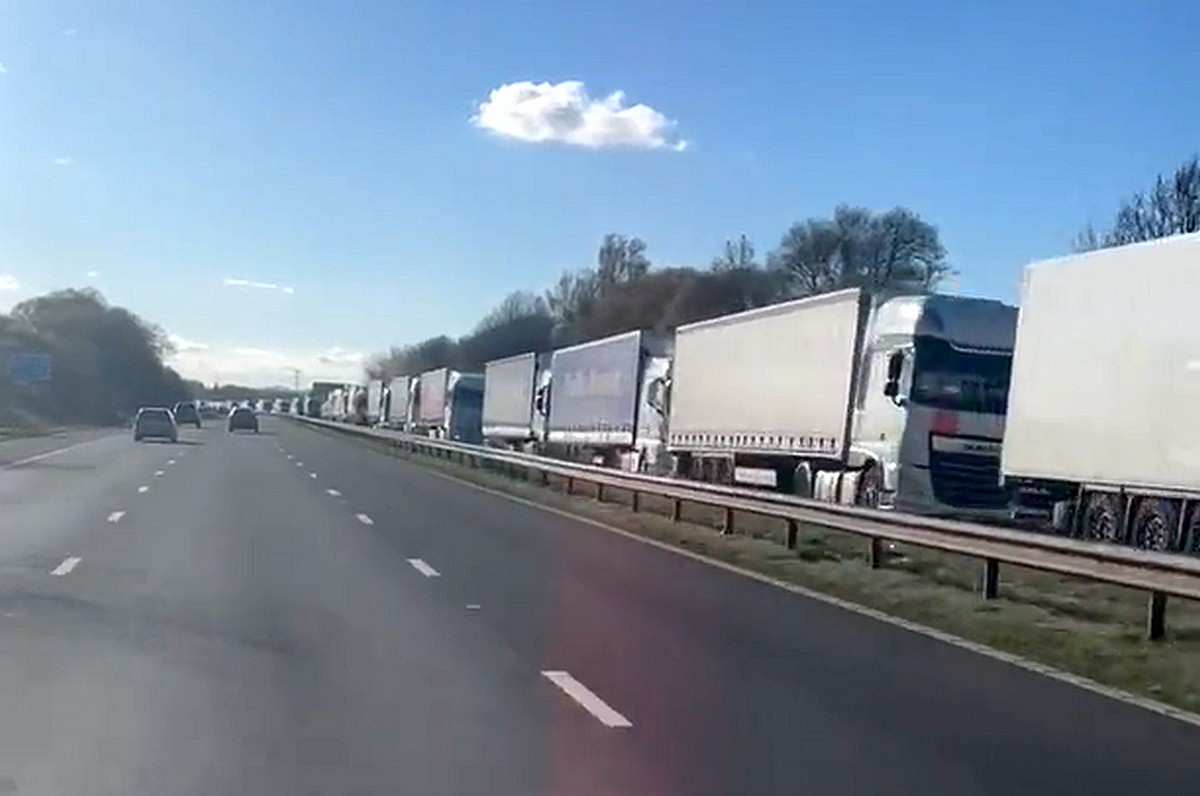 At the time of writing (12.00 CET / 11.00 GMT) DFDS and Irish Ferries services between Dover and Calais are running without delay. P&O’s Dover-Calais fleet remains grounded.

Eurotunnel’s information service says that crossing times are fluid, with 4 departures per hour from the UK to France, and 5 in the opposite direction.

Operation Brock nonetheless remains active and thus there continues to be long lorry queues on the M20. There also problems on the M25 due to a spillage at the Dartford Crossing.

Due to the traffic disruption, data from supply chain visibility provider Sixfold is currently estimating an end-to-end crossing times of 3-5 hours in both directions.

🚛🚛 Under police escort, another large batch of lorries heads down to #Dover from #Ashford #OperationBrock pic.twitter.com/aatuMn6qhQ

As we wrote yesterday, the P&O/DFDS capacity sharing agreement is not being applied by DFDS for the next few days. This morning, the Danish ferry firm announced that this status shall continue for another day.

P&O FERRIES INFO | DFDS has no availability for P&O customers between 15 April 00:01 and 18 April 23:59. Please do not proceed to port without a confirmed reservation, contact P&O Ferries for alternative travel arrangements. pic.twitter.com/w2Uu6Yd8I9

However, P&O are allowing customers to switch to some alternative services:

P&O apologises after cancelling its channel crossings for the Easter weekend.

According to iNews, the freight traffic problems at Dover are costing companies thousands of pounds every week.

“It’s an unmitigated disaster. We have got live shellfish which is travelling down to Boulogne to then go to other destinations in France and Spain. We don’t have half an hour to waste, nevermind 12 hours. Something that is worth £10,000 today could be worth £5,000 tomorrow and worth zero the following day. It is highly perishable and the value plummets as delays continue. If you add Brexit, disaster one, and you add these problems at the port, disaster two, you wonder if the business is actually viable at all,” the sales manager told i.

Yesterday, we reported on the news that P&O’s Spirit of Britain ferry had been detained following a failed Maritime and Coastguard Agency test.

That brought the number of P&O vessels on the Dover-Calais route that have been detained to two. The other vessel is the Pride of Kent, which was detained just over two weeks ago.

As Kent Online reports, the Pride of Kent remains under detention after a reinspection found even more problems. An MCA spokesperson said on Wednesday evening:

“The Pride of Kent will remain detained following the reinspection of the ferry today which found a number of additional deficiencies including in safety systems and crew documentation. We have advised P&O to invite us back once they have addressed the issues. We do not know yet when this will be.”

Amid all the delays in Kent, there is of course concern that drivers will be unable to avoid breaking drivers’ hours rules.

The authorities in the Netherlands thus want to show some understanding and leniency in this regard when it comes to drivers who have arrive in the country via Kent.

As Dutch road transport magazine Transport Online writes, the European Commission has given the Netherlands the green light to do this.

In a video shot roadside, Dover MP Natalie Elphicke and local Councillor Nigel Collor yesterday talked about the traffic situation in the region.

At the end of the video, Ms Elphicke is seen calling for Operation TAP to be scrapped, as well as  for infrastructure upgrades to the A2 and some key roundabouts.

It is now three weeks without P&O being back on the English Channel. It’s clear P&O Ferries is in chaos and the bosses aren’t up to the job.

Cllr Nigel Collor and I reflect on the traffic situation in Dover and the ongoing work to Keep Dover Clear. pic.twitter.com/4C0YSzp87e