As the freight traffic problems in Kent on route to the Port of Dover continue, here is our latest update on cross-Channel crossings and the Operation Brock situation. 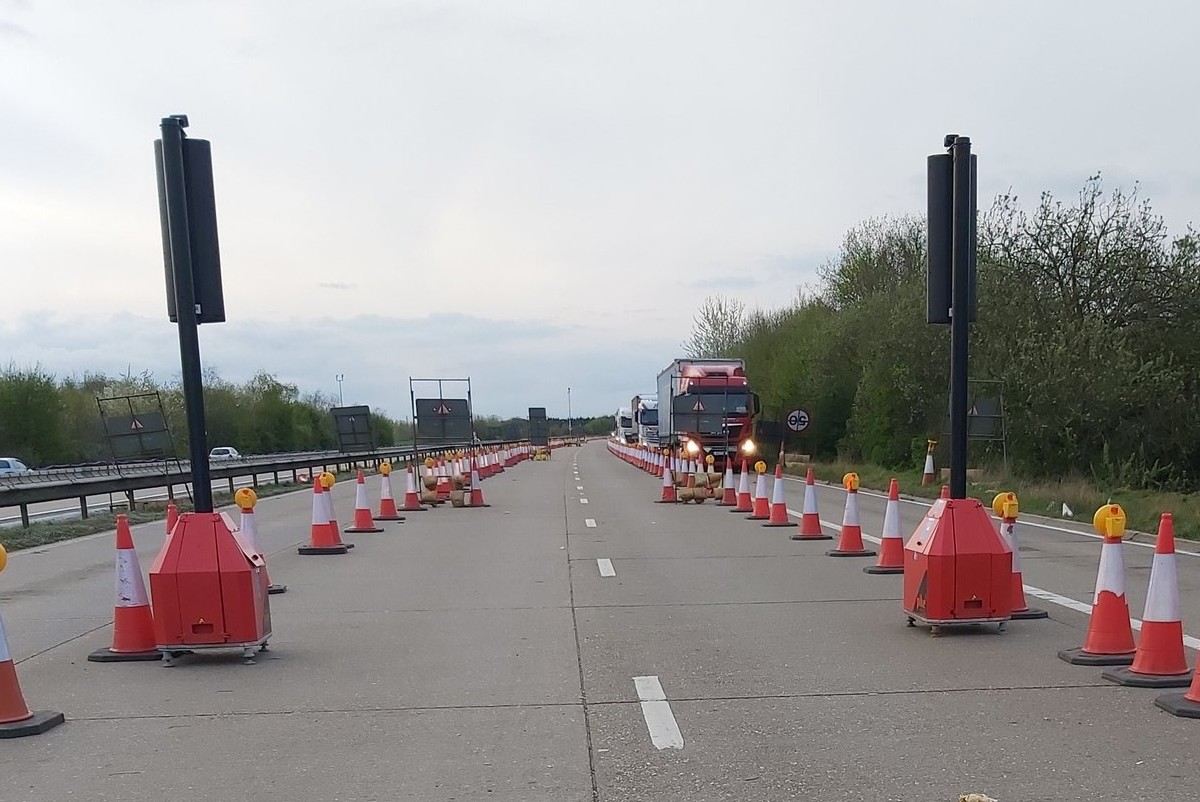 At the time of writing (12.00 CET / 11.00 GMT) DFDS and Irish Ferries services between Dover and Calais are running without delay. P&O’s Dover-Calais fleet remains grounded.

Eurotunnel’s information service says that crossing times are fluid from France to UK, and two hours in the opposite direction. There are currently four departures per hour in both directions.

As far as the Kent traffic situation goes, things appear to have abated to an extent. As a result, two junctions closed to traffic on the M20 have now reopened.

However, all freight traffic bound for a short straits channel crossing is required to go through the coned area between J8 (Leeds Castle / Maidstone Services) and J9 (Ashford). According to Highways England, non-EU freight and all other vehicles must leave at junction 8 and follow the diversion. EU freight should stay on the M20 and join the queue. Moreover, the Dover Traffic Access Protocol (TAP) scheme on the A20 at Aycliffe has been implemented due to heavy freight volumes.

Very busy at the @PoD_travelnews being looked after by @portdoverpolice with Dover Tap back in place and many having to wait some time for Passport control:The #A20 coastbound in #Kent has been closed between the #M20 J13 and the A260 to prevent traffic tailing back due in Tap pic.twitter.com/IUqvAmfjKG

Kent residents set to protest over traffic disruption and noise

It won’t exactly come as much of a surprise to our readers, but Kent locals have once again come out to moan about high volumes of HGV traffic. According to Kent Online, a protest is even being organised for tomorrow evening.

The local newspaper recently talked to a group of residents whose homes run alongside the A20, and heard the usual complaints about noise, and pee bottles being hurled into gardens.

The RMT Union, whose members were among the 800 dismissed by P&O last month, are continuing to do all they can to crank the pressure on the Dubai-owned ferry firm.

Yesterday, Mick Lynch, the union’s General Secretary, even called for sanctions against P&O:

“P&O’s claim that they had to sack our members on grounds of efficiency was always a ludicrous claim and has now been entirely blown out of the water. The Sultan of Dubai who owns P&O ferries is being allowed to hold this country to ransom because the government refuses to take over the running of the company and put the 800 sacked staff back to work to safely operate those vessels. The Government must apply economic sanctions to P&O for the cost of their destructive actions and we need a Fair Ferries agreement in order to avoid any repeat of this type of gangster capitalist behaviour in the future.”