Driver under camera surveillance. New systems can control and influence the behavior of truckers 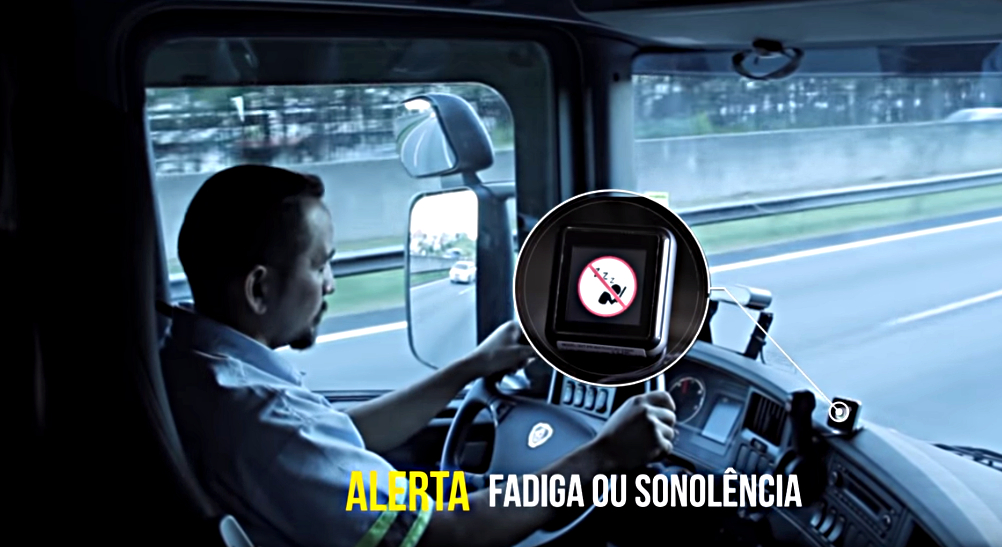 The Vsafe and Scania Zone cameras gained popularity among truckers as ideas worth spreading. These two systems can significantly improve safety and reduce the number of road accidents. How? By constantly monitoring the behaviour of the driver and the way he drives.

The first solution is the Vsafe camera system from the Brazilian company Veltec. The equipment, consisting of two cameras, will monitor the behaviour of the driver in the cabin on a regular basis. Cameras track the movement of the eyeballs so that the system can immediately detect dangerous driver behaviours, such as distraction, fatigue or drowsiness. In addition, the system will react as soon as it detects that the trucker is not holding hands on the wheel, talking on the phone or holding a cigarette.

All registered footage is available to the owner of the fleet on the website with limited and protected access (after logging in). Thanks to this solution, the boss will be able to monitor the work of his driver without any problems.

The Vsafe system cameras can also be installed inside the trailer or outside the vehicle. This option will allow the driver to see what is going on around and inside his truck. The set also has a display on which the trucker has a preview from external cameras. When the system detects incorrect behaviour, an alarm will sound from the device.

A similar idea was tested in the Netherlands in 2016. As part of a pilot program, cameras with an eye tracking option were installed in over 500 trucks. In this way, the Dutch insurance company TVM, wanted to check if the number of accidents on Dutch roads would decrease. This idea turned out to be quite controversial. There were various voices, mainly dissatisfied drivers who did not want to be watched at work non-stop.

However, the statistics presented by the truckstar.nl portal speak for themselves – the observed drivers behaved much safer on the road. The data collected from the 50 trucks of one of the companies that took part in the pilot project shows that the total number of accidents and dangerous situations has dropped by over 50 percent (from 8,000 to 3.8 thousand a week)!

The boss can determine how fast you drive

The second interesting solution that can affect the work of drivers is the Scania Zone system. Truckers who transport goods in urban areas should be particularly interested in this solution. It allows setting a specific travel speed.

The new product from Scania can comply with the rules and regulations that apply in a given location. The system can adjust to speed limits, clean transport zones or to rules in places where low noise levels apply.

The Scania Zone option can be set in large geographical areas and in smaller urban areas. When the trucks reach the end of the designated zone, the vehicle will automatically return to normal operation. As the manufacturer points out, the solution is to help drivers comply with applicable laws and increase the safety of other road users.

Scania Zone is an additional feature of the Scania Fleet Management telematics system. The owner of the company who has access to it can easily impose the speed limit in a given area. However, according to the information provided by Scania, the driver has an option to ignore this limitation and drive at a higher speed than set.