A lack of proper load securing forced a truck driver to stop at a German motorway service area and find a creative way to stop his cargo from sliding off the trailer. 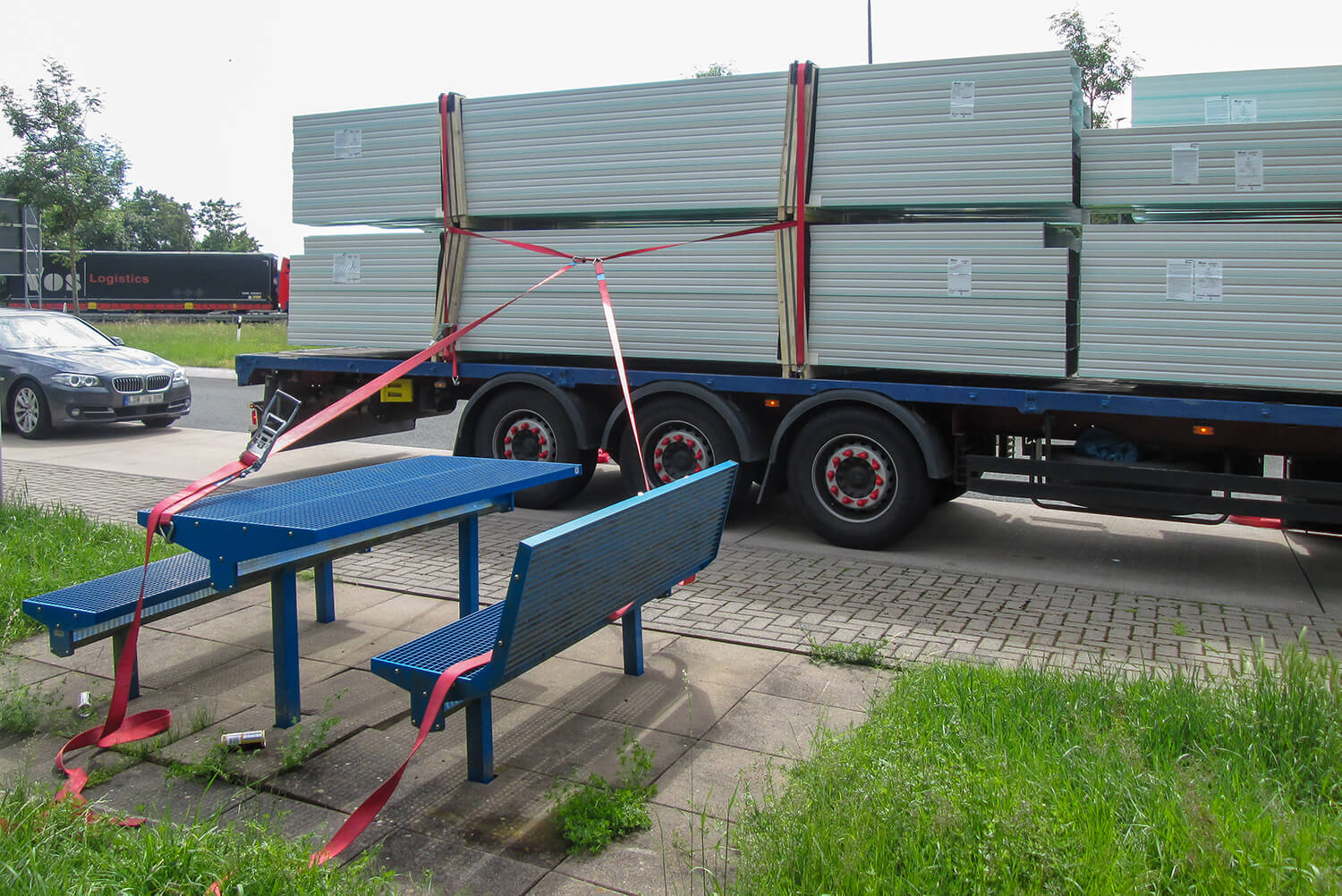 Last Wednesday, worried road users of the A45 motorway called the police to inform them about a Romanian HGV whose load had obviously slipped and was in danger of sliding off the trailer completely.

By the time a patrol from the nearby motorway police located the truck, the driver had obviously become aware of the problem and had headed for a motorway service area, explains the police report.

There, the driver used a creative idea to prevent parts of his load, several packages of trapezoidal sheets with a total weight of 5.3 tons, from falling off the trailer. He secured the cargo to a concrete table and bench with some lashing straps.

“The motorway police patrol were amazed when they examined the unconventional rescue operation,” reads the report. 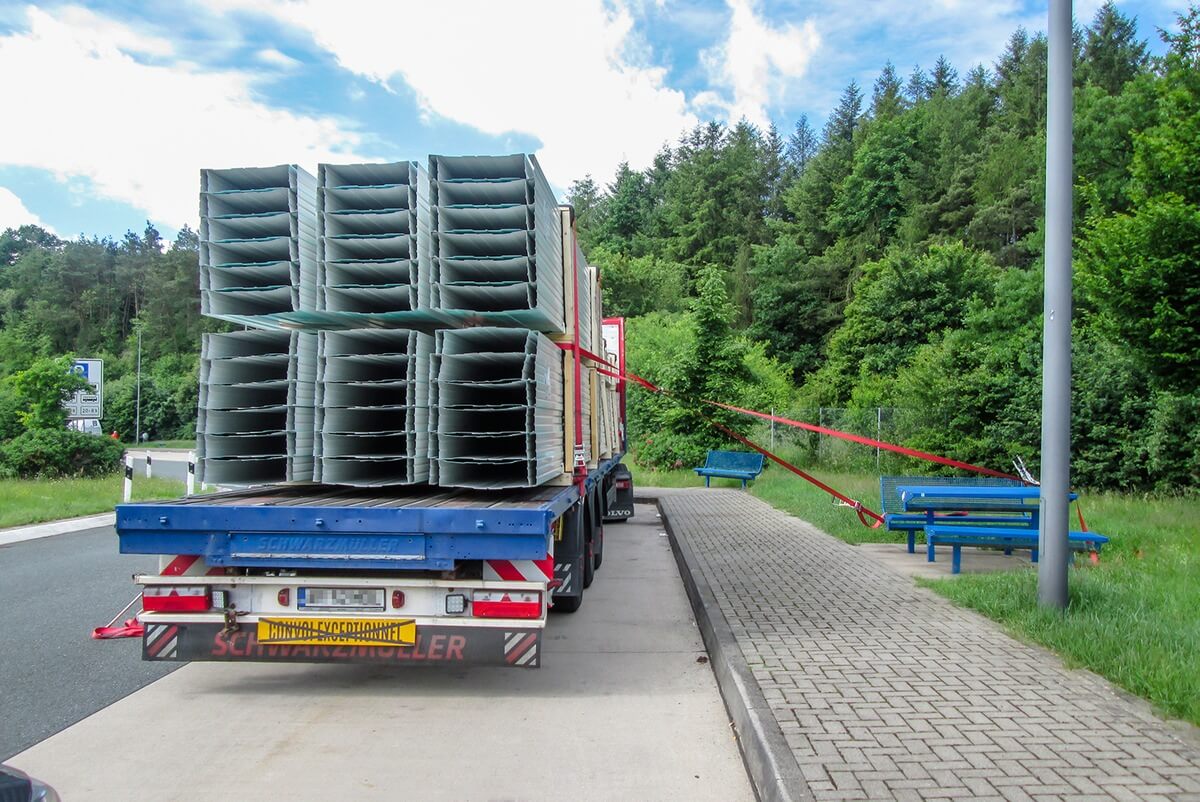 The combination of incorrectly securing the load with a rectangular wooden structure and fixing it with metal straps that buckled under the weight of the sheet metal, plus a semi-trailer that was unsuitable for this type of transport, had caused the load to become dangerously lopsided.

After the upper trapezoidal sheet metal had been reloaded with a crane, and the load securing had been removed by the police, the law enforcement officers allowed the vehicle to continue its journey.