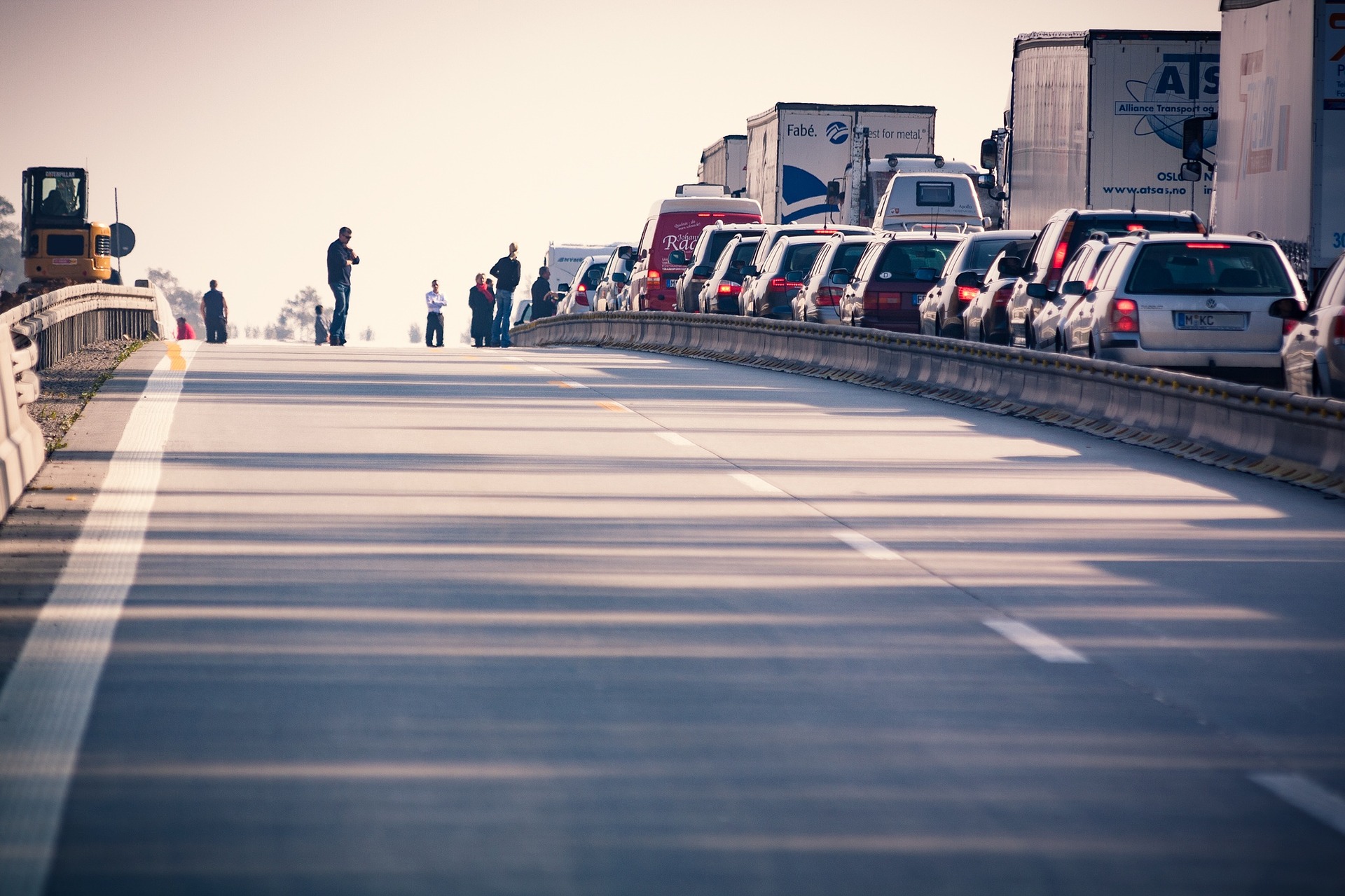 Although the total number of fatal accidents on German roads is decreasing year by year, fatal accidents occurring at the tail-end of traffic jams are rising. The statistics are sobering to say the least: this year alone, 30 truckers have died in such a situation on German motorways. This is almost 30% more than in the same period last year.

One of the most tragic accidents of this kind occurred in mid-April on the A14 motorway between the junctions Nossen Nord and Nossen Ost. A total of three trucks were involved. One driver died on the spot, and another was transported by helicopter to a local hospital with serious injuries.

In the same week, a driver from Belarus died on the A2 motorway in Saxony-Anhalt, while a Polish trucker was hospitalized. The Belarusian did not hit the brakes early enough and crashed into the Pole’s truck, which in turn ran into the car in front.

In a 2019 road safety report, traffic police from Münster pointed to the increasing congestion on motorways and the growing number of traffic jams as being the main reasons for such accidents.

Other factors were as follows:

According to data collected by autofahrerseite.de, as well as the aforementioned report by the Münster police, every third accident on German motorways occurs at the end of traffic jams. Such incidents account for as much as 80% of all fatalities involving trucks in Germany.

The non-profit association „Hellwach mit 80 km/h”, whose activity focuses on preventing road accidents and building awareness of driver problems, has calculated that as many as 30 drivers have lost their lives this year in accidents involving trucks at the end of traffic jams on German motorways.

This is almost 30% more compared to last year. The organization estimates that a total of 47 truckers in Germany were killed in this way in 2020. Worryingly, everything indicates that this figure will be even higher this year.

The statistics make it clear that accidents at the end of traffic jams, especially at roadwork sites, are particularly deadly when HGVs are involved.

„It doesn’t really matter whether a truck hits a car or vice versa,” emphasizes Siegfried Brockmann of the German Insurance Association (Gesamtverband der Deutschen Versicherungswirtschaft) in an interview with the Frankfurter Allgemeine Zeitung. „Even if it is a passenger car that runs over a standing truck, even at a speed of 50 km/h, the chances of survival for the driver and passengers are slim,” he adds.

According to EU law, emergency braking systems (AEBS) have been mandatory since 2015 for newly registered trucks with a GVW of over 8 tons. Since 2018 the same has been true of lighter vehicles from 3.5 tons. However, the systems are not always a guarantee of safety.

The Hellwach 80 km/h association emphasizes that from mid-2020, all European manufacturers have offered optimized emergency braking systems as standard in their trucks at no extra charge. On dry roads, they can bring the vehicle to a complete stop. However, the driver can influence the operation of the system or even turn it off completely. If the emergency braking is interrupted, the truck can run into an obstacle almost as if the system had not worked at all.

The association’s representatives believe that many drivers lack knowledge of their vehicle’s technology and are unable to properly take advantage of the opportunities offered by such systems. This problem is also exacerbated by the differences in systems from manufacturer to manufacturer. When taking over a vehicle, the association says drivers should undergo training to learn about the theoretical possibilities of AEBS and other do other practical exercises.

According to a study in Lower Saxony, 27% of the trucks that caused traffic jam accidents in the region were equipped with an emergency braking assist. In Hellwach’s opinion, the above figure confirms the thesis that drivers lack the knowledge and skills to use the system. It also happens that some people unknowingly bypass the assistant and stop the emergency brake, for example by pulling the steering wheel.

The association has just launched a campaign to raise awareness among an estimated 800,000 people. It says truck drivers from all over Europe face the risk of being involved in an increasing number of fatal accidents at the end of traffic jams.

The campaign aims to show that driving on crowded transit routes while not keeping appropriate distance to the vehicle in front, ignoring speed limits or use devices that distract, carries a huge risk not only for other road users, but also for the truckers themselves. This is evidenced by the number of truckers who have tragically lost their lives in recent months.