The Royal Mail intends to step up its use of drone technology by creating over 50 new postal drone routes over the next three years. The plans, which are subject to Civil Aviation Authority (CAA) approval, are part of a new partnership with the Windracers logistics drone company. 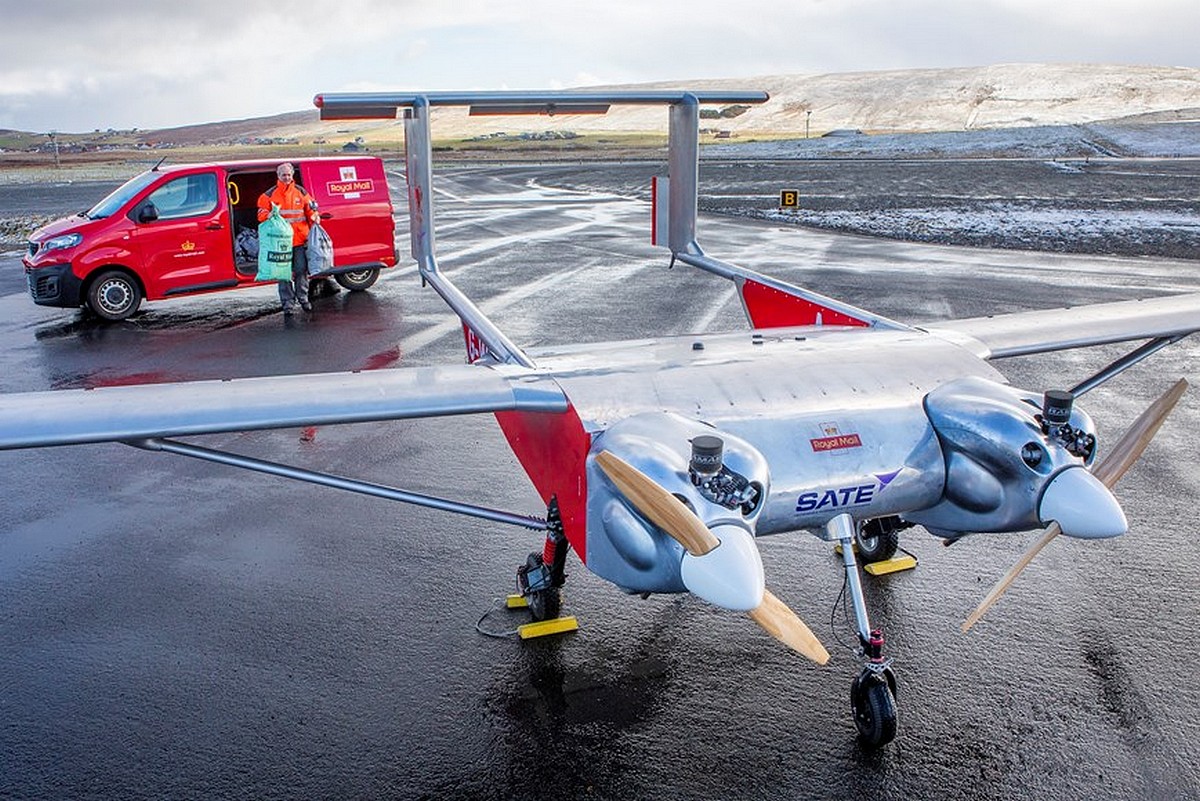 According to the Royal Mail, the partnership will facilitate and operate uncrewed drones, or UAVs (Uncrewed Aerial Vehicles), to provide faster and more convenient services for customers in remote communities.

The Royal Mails believes such UAVs can help cut carbon emissions and improve the reliability of island mail services. At present, such deliveries are conducted using ferries, conventional aircraft and land-based delivery – all of which can be affected by bad weather.

The first routes identified for the new service include the Isles of Scilly, Shetland Islands, Orkney Islands and the Hebrides.

The 50+ drone routes will be supported by up to 200 drones over the next three years. Looking further ahead, the Royal Mail hopes to deploy a fleet of more than 500 drones servicing all corners of the UK.

Royal Mail has already conducted four drone trials over the last 18 months including flights on the Isle of Mull in Scotland, on the Isles of Scilly off the Cornish coast and between Kirkwall and North Ronaldsay, on the Orkney Islands.

The latest trial was held last month (April) on the Shetland Islands in partnership with Windracers. Test flights for the new service saw Royal Mail deliver mail between Tingwall Airport in Lerwick to Unst – a 50-mile flight each way. Unst has a population of around 630 people and is Britain’s most northerly inhabited island.

With a capability to fly in difficult weather conditions, the twin-engine UAV used in the trial has a wingspan of 10 metres and incorporates a high-reliability autopilot system. They can carry up to 100kg of mail of all shapes and sizes for two daily return flights between the islands. Letters and parcels are then delivered by the local postie. The trial was part of the Sustainable Aviation Test Environment (SATE) project funded by UK Research and Innovation (UKRI) through the Industrial Strategy Challenge Fund.