Dublin Port's volumes for the first six months of 2022 grew by +10.1% to 18.6 million gross tonnes and the number of ship arrivals increased by +150 to 3,694 versus the same period last year. This is also less than 1% behind the record pre-pandemic and pre-Brexit levels of 2019. 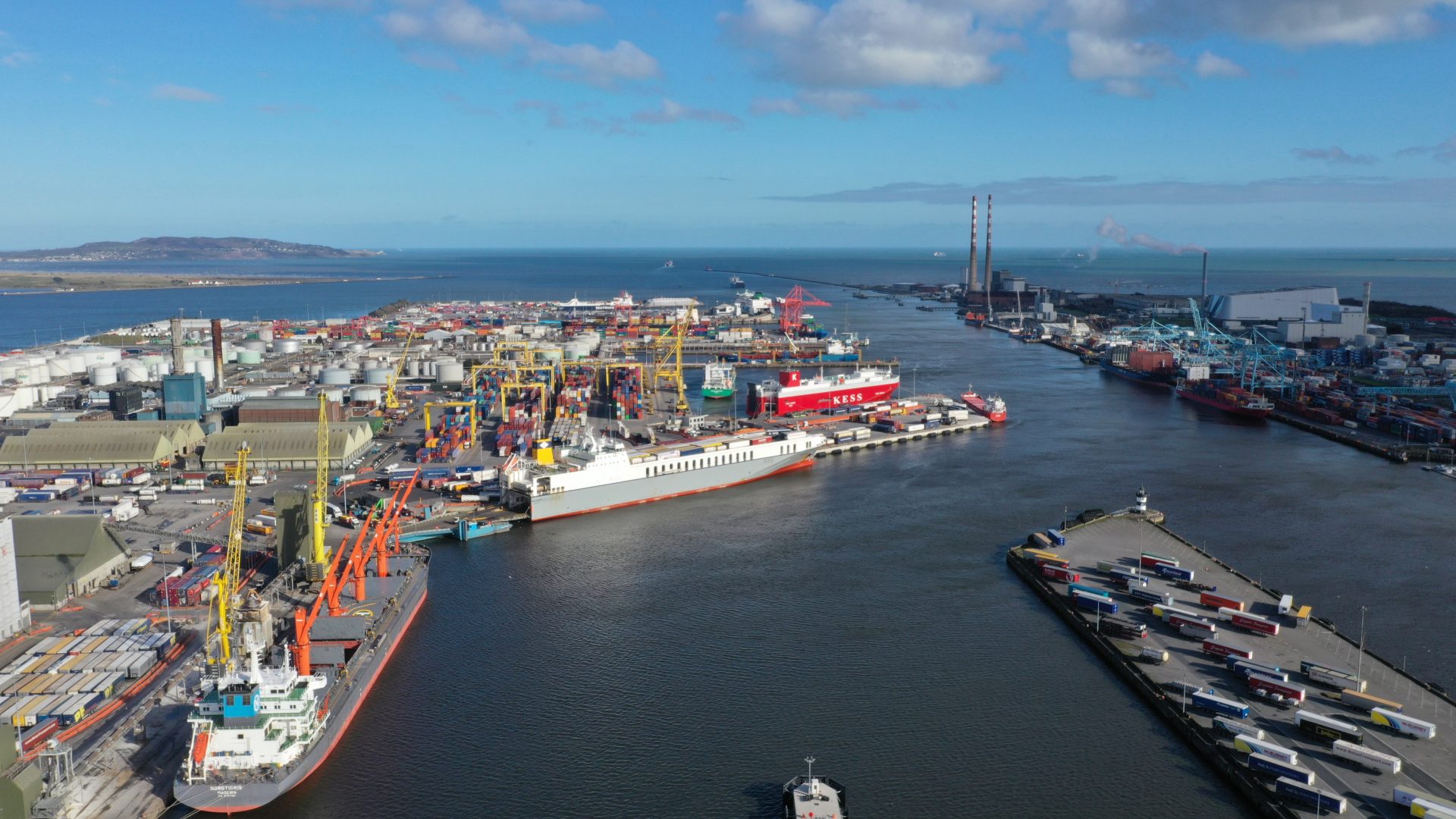 The port adds that compared to the first half of 2019, trailer and container volumes are only 5,700 or -0.8% lower than they were pre-pandemic and pre-Brexit.

Other key freight figures highlighted by Dublin Port are as follows:

“The first half trading results this year are the first opportunity for us to assess trends in Dublin Port’s volumes after two years of disruption caused by the pandemic and Brexit and what we are seeing is a return of the strong volume growth which has characterised Dublin Port for decades. This is driven by population growth as confirmed in the recent census. More people means more trade and more trade means greater volumes through Dublin Port.

“While overall port tonnages are -3.7% behind where they were in 2019, the number of containers and trailers passing through Dublin Port is less than one per cent behind. Additionally, bulk commodity imports such as petroleum and animal feed grew strongly in the first six months of the year and are actually ahead of their 2019 levels by +5.7%.

“The pattern we saw post-Brexit, where the average cargo load per container and trailer reduced by -4.2%, is now an established reality. It is a permanent inefficiency in logistics supply chains caused by the reintroduction of border controls on imports into Ireland from the UK. This is putting greater pressure on port lands as trade volumes climb back to record levels.

“We were fortunate that the investments we had been making under Masterplan 2040 in recent years gave Dublin Port the capacity it needed to cater for the large switch in volumes from Great Britain to Continental Europe. We have invested €500 million over the last ten years and will invest a further €500 million in the next five years alone to keep pace with the growth we are anticipating now that the long-run growth trends we have seen over many decades have re-established themselves.

“We have multiple planning consents in place already and are preparing to bring the third and final Masterplan project – the 3FM Project – to An Bord Pleanála next year to ensure that Dublin Port can develop the critical national infrastructure that will be needed on the Poolbeg Peninsula if a national port capacity deficit is to be avoided in the next decade. Big infrastructure takes a long time to plan and we have, as a matter of policy, always started early.”