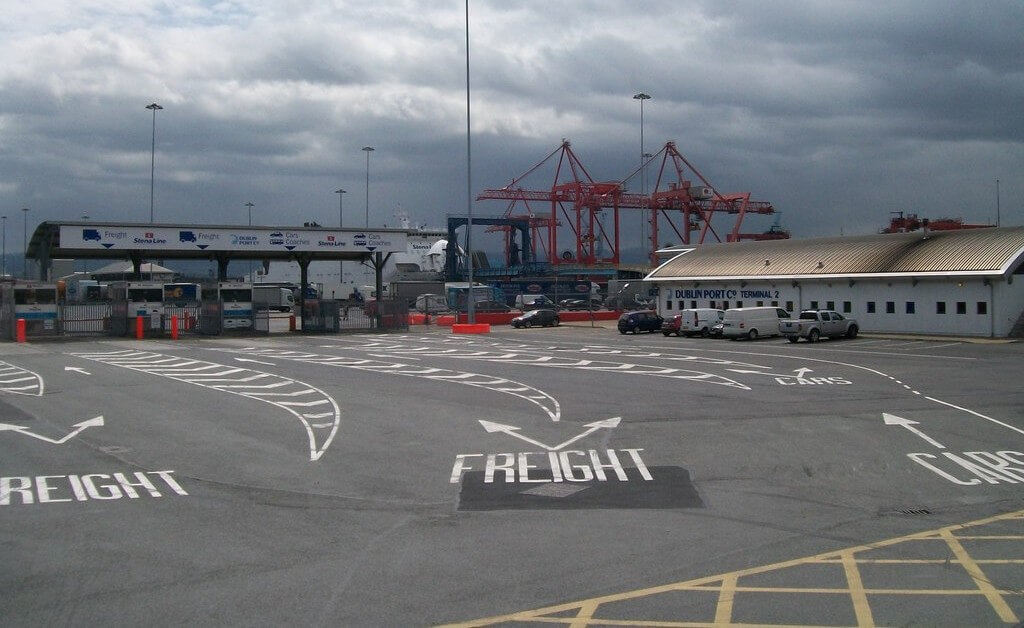 Dublin Port has added extra toilets and showers for the benefit of drivers delayed for many hours due to the customs issues created by the UK’s exit from the EU.

Tom Talbot, head of Revenue’s customs operations at Dublin Port, told MSN that they had added new facilities due to some drivers being held back longer than planned:

“What we have done in both terminal seven and terminal 11, where customs operates, there are facilities there for drivers. There are toilets and showers, and these facilities are provided, they’re there, they’re operational. Within a couple of hundred yards of where the trucks are parked, there’s a commercial operation, a shop there that supplies food and hot food. So there are facilities onsite in Dublin Port.”

Revenue, Ireland’s customs and tax authority, say 80% of the freight flowing into Dublin port has been „green routed”, meaning all paperwork is in order. However, some drivers whose loads are marked orange and red are subject to additional checks, which is causing delays to shipments.

According to Paul Browne, the Executive Director of Cube Logistics, one of the reasons for the delays are the computer systems used by Revenue and the UK’s HMRC.

Mr Browne told breakingnews.ie yesterday that „80% of the problems everyone is experiencing” is down to the software from the two customs authorities.