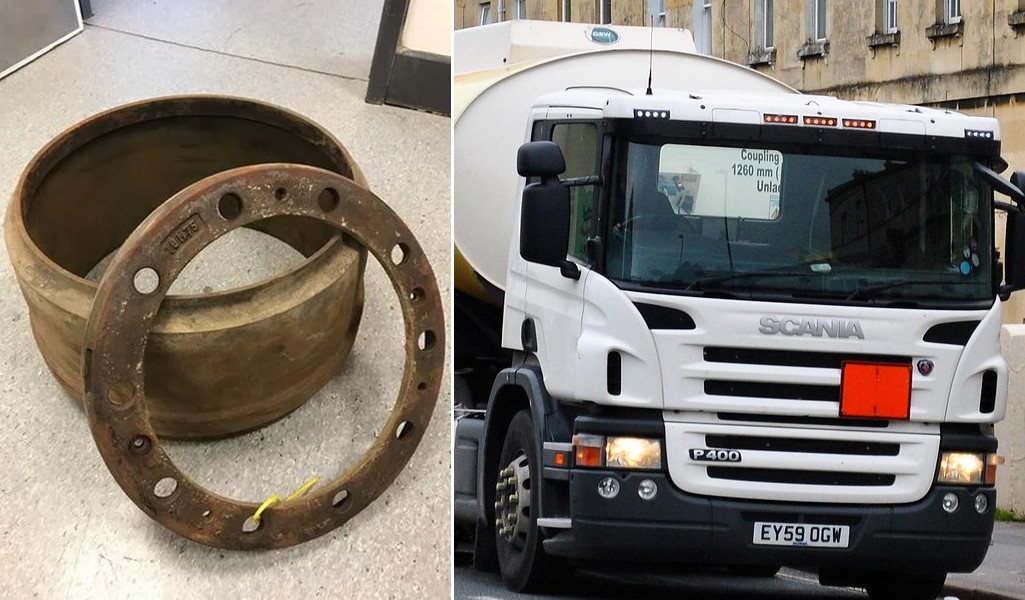 The brake drums in question, which are not manufactured by Scania, have already resulted in two serious failures.

According to the DVSA, the faulty brake drums left two drivers without the use of their front brakes. The failures were caused by the fracturing of the braking surface and its separation from the mounting ring, neither of which occurred as a result of wear and tear.

The DVSA have appealed to operators to contact both them and their suppliers if they have similar drums fitted to their lorries to the one illustrated above. The DVSA can be reached by calling 0117 9543425 or emailing vsb@dvsa.gov.uk.

In response to the news, Mark Grant, the Services Director for Scania Great Britain, stressed the importance of buying components directly from Scania:

„These cases bring into sharp focus the need for operators to use only parts sourced from Scania. Our drum brake system has been developed for maximum safety with components developed as individual parts within a complex system to ensure long service life and optimum performance in a vulnerable environment.”

Grant did nonetheless add that brake drums available through Scania’s VRS parts programme for other marques are safe, as these are also manufactured and tested to match the original equipment manufacturer’s standard.