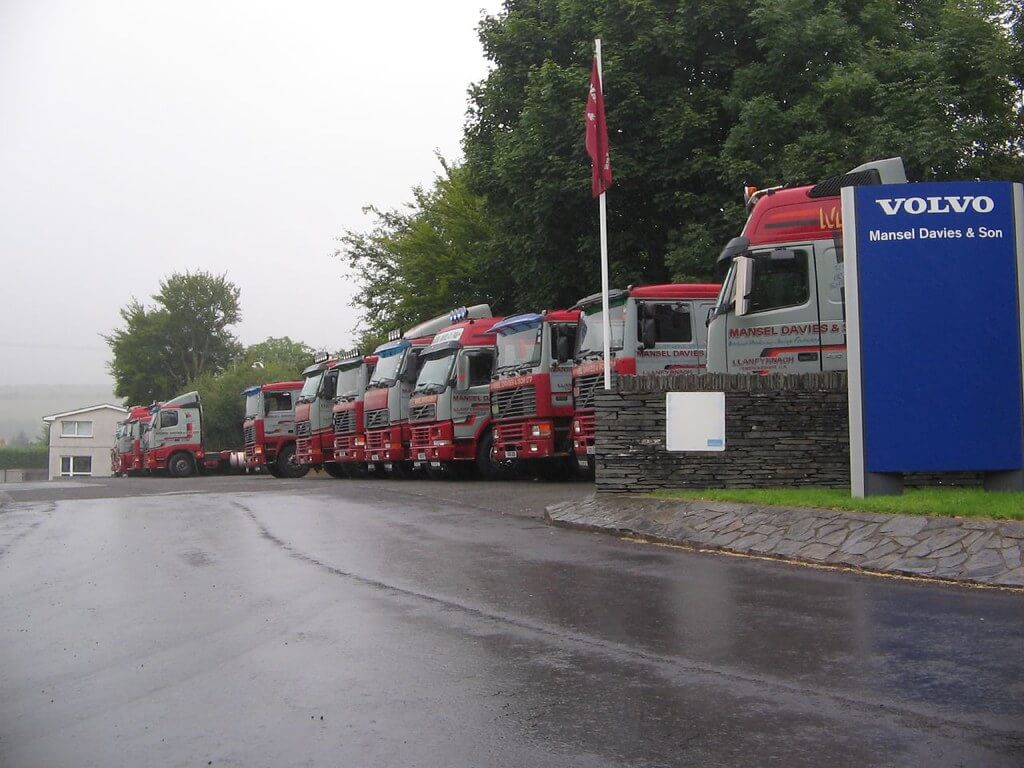 Employees of Mansel Davies and Son Group Ltd, whose license will be revoked from February 2021 due to creating false records, won’t lose their jobs once the company ceases operation.

The Traffic Commissioner agreed to grant a licence to a new company that will take on all the Mansel Davies and Son Group Ltd employees under the same terms.

A report on Wales Online refers to a letter sent by the company to its employees on Friday December 9th, which states that the Traffic Commissioner has agreed to grant a license to a new transportation company that would be called MDS Distribution. The letter also assures that all employments will be transferred to the new company under the same terms as the current contracts with Mansel Davies and Son Limited.

The license of the Wales-based haulier company Mansel Davies & Son Ltd will be revoked in February 2021, after the company was found to have committed serious maintenance malpractice.

The DVSA started an investigation into the company in February 2018 and found, besides some false tachograph records, that a director of the company had ordered a junior staff member to regularly create false maintenance records. The court fined the company £380,000 in February 2020, sentenced the aforementioned junior staff member to a suspended 9-month prison sentence, and finally, the Traffic Commissioner revoked the company’s license from February 2021. Also, directors David Mansel Kaye Davies and Stephen Mansel Edward Davies, together with transport manager Rhodri Wyn, were disqualified indefinitely from acting in such roles in the future.

However, the Traffic Commissioner was impressed by those directors of the company (Sasha Davies, Scott Davies and Jamie Evans) who appeared at the inquiry at the end of November.

„New directors Sasha Davies and Scott Davies (grandchildren of founder Mansel Davies) understood that David Mansel Kaye Davies and Stephen Mansel Edward Davies had not managed things correctly. Their detailed evidence at the inquiry about the way in which the business was currently managed showed that, though young, they were highly competent, mature and determined to operate compliantly and independently of the previous directors” – reads the decision of the Traffic Commissioner.

Therefore, the commissioner was willing to the consider granting a license to these young professionals, on one condition: neither David Mansel Kaye Davies nor his son Stephen Mansel Edward Davies continues to have a managing role in the business or any involvement with vehicle maintenance or compliance more generally.”

Eventually, on Friday, 11 December, the traffic commissioner confirmed in a video hearing, that the new licence will get the green lights, reports Wales Online.