The European Parliament voted on the three legal acts of the Mobility Package. All proposed amendments were rejected by an overwhelming majority, which means the regulations were accepted. Work has come to an end after 3 years.

Voting on provisions regarding, among others, rules for posting of drivers; working time; tachographs; practising the profession and access to the international road transport market have been going on since yesterday because they were carried out remotely.

Finally, all legal acts of the Mobility Package were accepted without having to be amended, this means, de facto, the end of work on it.

For carriers from Central and Eastern European countries, this means increased bureaucracy and difficulties in managing the business.

Companies will have to organise their timetables so that drivers in international freight transport are able to return home at regular intervals (every three or four weeks depending on the work schedule). The mandatory regular weekly rest cannot be taken in the truck cab. If this rest period is taken away from home, the company must pay for accommodation costs.

Vehicle tachographs will be used to register border-crossings in order to tackle fraud.

To prevent systematic cabotage, there will be a cooling-off period of four days before more cabotage operations can be carried out within the same country with the same vehicle.

To fight the use of letterbox companies, road haulage businesses would need to be able to demonstrate that they are substantially active in the member state in which they are registered.

The new rules will also require trucks to return to the company’s operational centre every eight weeks.

Using light commercial vehicles of over 2.5 tonnes will also be subject to EU rules for transport operators, including equipping the vans with a tachograph.

Harsh criticism of the new rules

Last week, 9 countries pointed out in a joint letter that the provisions of the Mobility Package were prepared “in a completely different reality, not corresponding to the current situation”. Poland, Bulgaria, Cyprus, Estonia, Hungary, Latvia, Lithuania, Malta and Romania stressed that the Package’s regulations are “restrictive, discriminatory and protectionist”.

Ministers of the above-mentioned countries called on all MEPs to give careful consideration to the measures proposed in the Package that will adversely affect the transport industry by restricting the market in which it operates.

“The rules were made in a different reality”

In the letter to the European Parliament, ministers from 9 countries also referred to the current situation in Europe.

The COVID-19 pandemic has disrupted the international business environment in an unprecedented way, while the Mobility Package has been prepared in a completely different reality that does not correspond to current circumstances,” we read in the official statement of the Ministry of Infrastructure.

The like-minded countries also pointed out that they were, in fact, a third of the members of the European Union and were opposed to the Mobility Package as it stands. In addition, they indicated that there had been no assessment of the impact of the legislation on the environment and the functioning of the EU single market. At the same time, they stressed that the provisions of the Pact are in conflict with the European Green Deal.

According to ministers, these rules would push carriers from certain countries out of the EU single market and impose “significant and possibly insurmountable barriers”.

This is when the Mobility Package will enter into force

The adopted rules will enter into force after they are published in the Official Journal of the EU in the coming weeks. 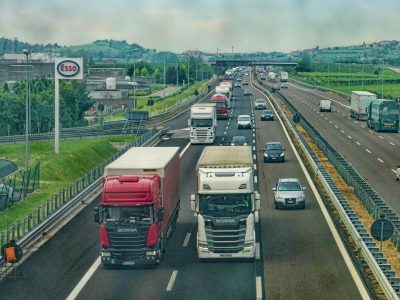 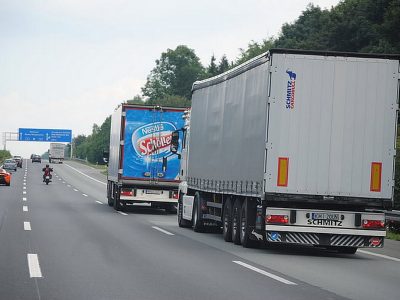