The European Union's Petitions Committee has found the safety situation of lorry parks in the EU to be alarming. Therefore, it concludes that more funds are required to make truck parks in the EU safer and help respond to driver shortages. Meanwhile, British lorry drivers are also demanding safer truck stops as part of their “Take a Break" campaign planned for Monday, 1 November. 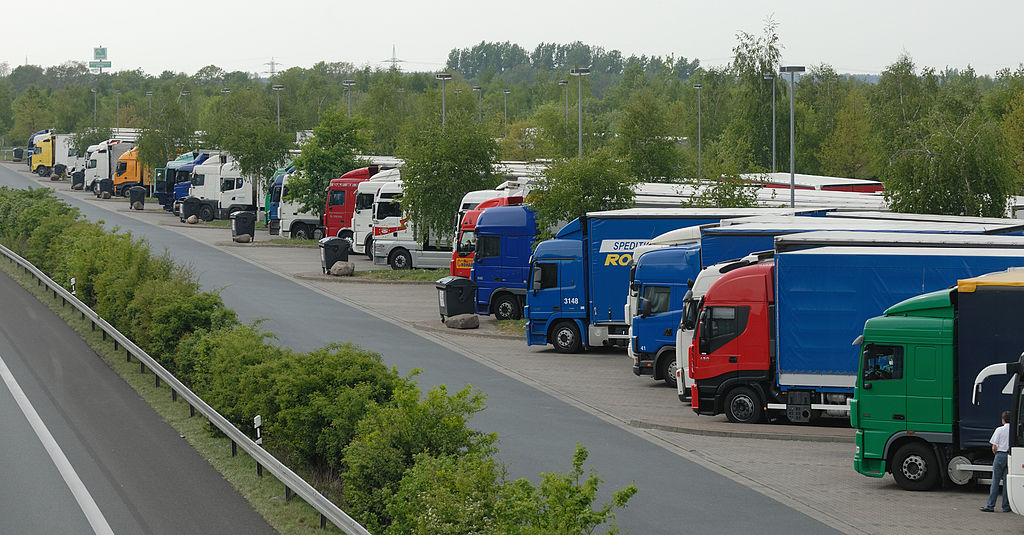 In a resolution on the safety of truck parks in the EU, adopted with 31 in favour and 1 against, the Petitions Committee asked for more coordination among member states to tackle criminality against drivers and their cargo, and for increased funding to improve facilities.

MEPs consider the safety situation of lorry parks in the EU alarming and their capacity insufficient, especially given that the EU industry is suffering from an acute driver shortage.

Because crimes against drivers and their cargo are increasingly organized and cross-border in nature, law enforcement in EU member states needs to coordinate across borders, and systematically report crimes to Europol to allow it to support member states, argue the MEPs.

The committee demands funding to create more parking capacity and improve the already existing facilities. It asks the Commission to mobilize funding from European Structural and Investment Funds and the Connecting Europe Facility, and to consider revisions to the EU’s regulation on developing its cross-border transport network, TEN-T.

In addition to upgrading truck park infrastructure, the EU should also introduce call systems for drivers to report crime to authorities without linguistic barriers, and to set up tools allowing them to find and book secure parking areas.

In addition, MEPs of the Petitions Committee will travel to the Hauts-de-France region for a fact-finding mission to assess the safety of truck parks. The trip is provisionally scheduled for May 2022.

Truck stops in the UK are a „disgrace”

“HGV drivers are sick and tired, sick and tired of poor pay, no pensions and longer working hours. Truck stops in this country are a disgrace and the fantasy salaries being reported are a myth.” – said  Unite’s chair and former HGV driver, Tony Woodhouse when announcing the union support the “Take a Break” campaign.

„Take a Break” is a drivers’ grassroots campaign that encourages drivers to take their statutory rest break at 11 am on Monday, November 1.

The date for the campaign has been chosen as it will fall after another expected extension by the government to the daily hours drivers can work. Unite’s drivers have called the repeated extensions irresponsible and quite possibly illegal. They are also counter-productive, as the moves will exhaust the present workforce and deter others from joining.

“Drivers are urged to park up at 11am on Monday, November 1. By taking their legal break, they will highlight that nothing is being done to address the dreadful employment conditions in a sector that’s at the heart of our economy,” Woodhouse added.