EU’s Brexit negotiator: the British are not willing to reach an agreement. UK still refuses to extend transition period 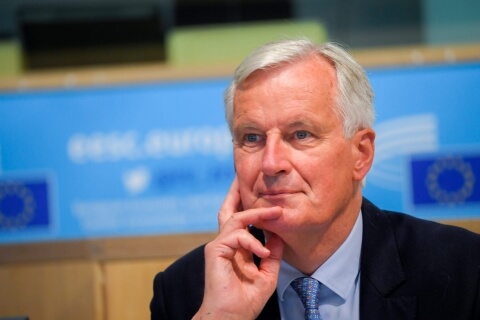 Britain is seeking a trading relationship with the European Union that is too close to that of an EU member, reported Reiters the words of the EU’s Brexit negotiator Michel Barnier on Wednesday. Barnier was urging London to adjust its demands in the four months left to reach a deal. If there is no joint decision on such an extension, the UK will leave the Single Market and the Customs Union in less than seven months.

On 5 June, the EU and the UK concluded their fourth round of negotiations with no substantial progress according to Michel Barnier, who regretted the lack of willingness on the British side to reach an agreement on the four topics that were on the table:

We can only take note of the fact that there has been no substantial progress since the beginning of these negotiations, and that we cannot continue like this forever, added Mr Barnier.

In the absence of progress in the negotiations, the question of time is beginning to become pressing, especially given the United Kingdom’s refusal to extend the transition period beyond the end of 2020. If there is no joint decision on such an extension, the UK will leave the Single Market and the Customs Union in less than seven months.

Taking into account the time needed to ratify a deal, we would need a full legal text by 31 October at the latest, in less than five months. We must use this time in the best possible way, Mr Barnier said.

One of the key issues addressed in the negotiations between the EU and the United Kingdom is the future of trade and tariffs. On this topic, Barnier reminded that during its 47 years of EU membership, the UK built up a strong position in the EU market in a number of strategic areas: financial services, business and legal services, and also as a regulation and certification hub and a major entry point in the EU single market.

We must ask ourselves whether it is really in the EU interest for the UK to retain such a prominent position. We cannot accept the UK’s attempts to cherry-pick parts of our Single Market benefits”, concluded Mr Barnier, who added: „However good the agreement we reach with the UK, our trade relationship will never be as fluid as it is today.”

However, Michel Barnier expressed his hope that the negotiations would make it possible to find a landing zone between the United Kingdom and the European Union in the course of the summer or by early autumn at the latest.

We want a very ambitious economic partnership, but it must reflect the long-term economic and political interests of the EU. This is not a dogmatic or technocratic position. We will never compromise on our European values or on our economic and trade interests to the benefit of the British economy”, said Mr Barnier. – „What we now need to make progress are clear and concrete signals that the UK, too, is open to work on an agreement, he concluded.”