The Q3 2020 Ti and Upply’s European Road Freight Rate Benchmark was €1,102, which represents an increase of 1.2% between second and third quarters of this year.

The authors of the benchmark say that the figures reflect the fact that international volumes quickly improved at the end of lockdowns this spring, pushing rates higher across nearly three quarters of trade lanes. However, it also admits that the benchmark rate was down year-over-year for the fourth quarter in a row.

The report, which was calculated using data from 250 million prices, finds that the greatest recovery was seen on the Duisburg-Warsaw lane, where rates improved by 2.7% compared to Q2, continuing a „strong long-term upward trajectory”. On the other hand, the research states that Europe’s other major trade lanes, including Madrid-Paris and Lille-Duisburg, have enjoyed mixed fortunes.

As for Madrid-Paris, Q3 saw a convergence in rates on the fronthaul and backhaul. Both were up slightly on Q2, with Paris export rates up 1.8%, whilst Madrid exports grew by 0.5%.

Meanwhile, rates on the fronthaul from Duisburg to Lille moved in an opposing direction to the backhaul this quarter. Fronthaul rates grew 4.3% q-o-q, whilst on the backhaul, rates fell 1.3% q-o-q.

Andy Ralls, Quantitative Analyst at Ti, says he expects carriers to keep prices up given the uncertainty that’s ahead:

“The pace of recovery has been a key driver in the improvement in rates this quarter. It has also enabled road freight operators to increase capacity, which in turn has kept rates from rising much further. The market still does not resemble the pre-COVID ‘normal’ though, with uncertainty persisting. Carriers on thin margins will often seek to hold prices up in these circumstances.”

Given that most of Europe is currently under curfew or lockdown, there is naturally concern for the future. However, Thomas Larrieu, Upply’s Chief Data Officer, believes that the second lockdowns seen across Europe will not have the same impact as the first ones as more businesses will remain open:

“While volumes decreased by 60% in certain countries in April, we anticipate a lower impact of the second lockdown decided in several European countries, since more businesses remain open this time. For Q4 2020, we forecast flat prices and even increasing ones on certain corridors.”

The full report can be accessed here. 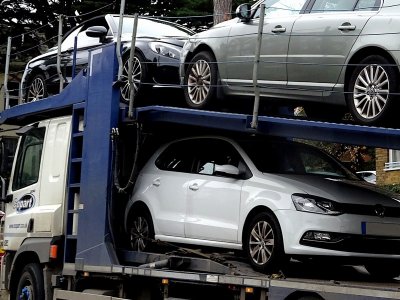 It can only get more expensive....

German industry association predicting Germany-UK freight rate rise of up to 50%
It can only get more expensive. Analysts estimate an increase in road freight ra...
Ireland plans covid testing points for truckers should France introduce negative...
Scottish salmon farmers appeal for priority on Channel crossings
Freight traffic on Fishguard to Rosslare route down 70%