P&O's plan to replace its experienced staff with low-cost agency workers has backfired yet again, this time on its Irish Sea route. Just hours ago, it emerged that its European Causeway vessel suffered a mechanical issue while en-route to Larne, and the ferry is said to be adrift. 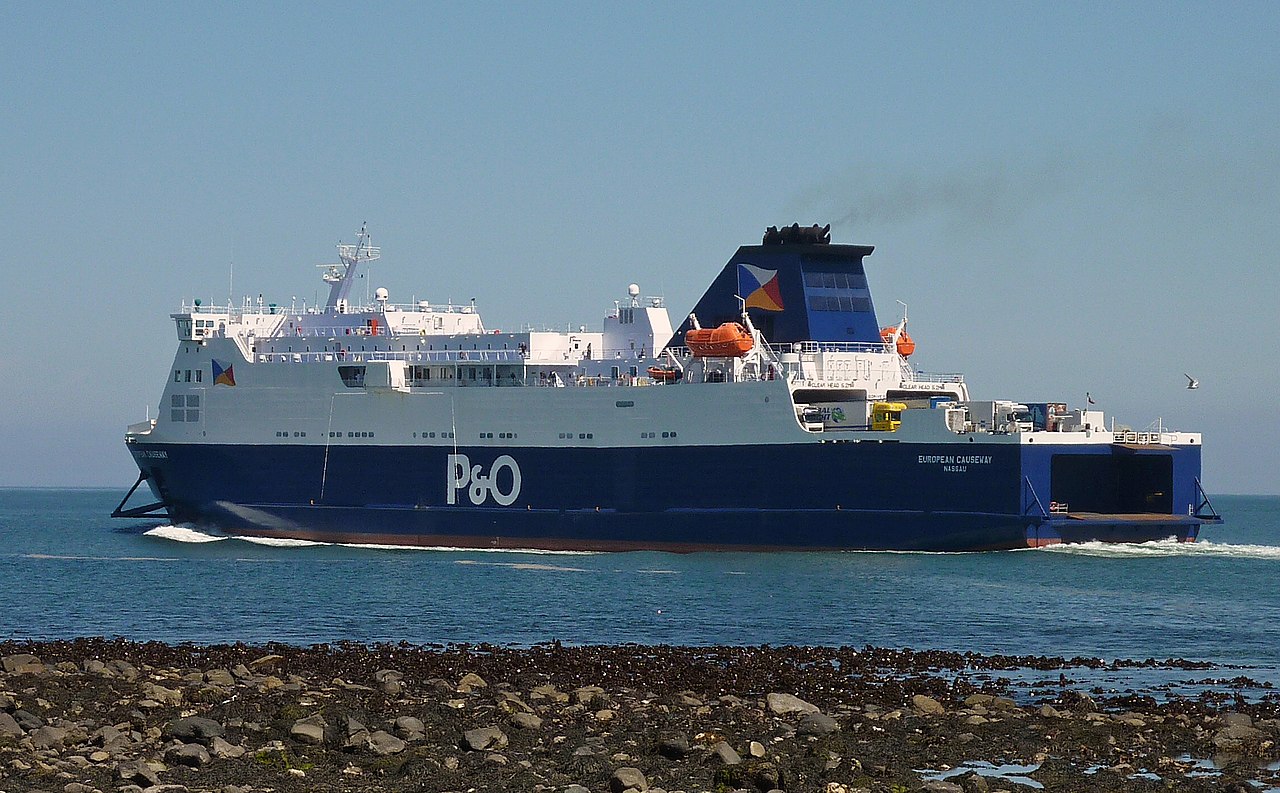 Writing on Twitter, P&O said that tugs from Larne and Belfast had been deployed to guide the drifting ferry back to port.

Due to a mechanical issue with the Causeway in the Irish Sea, tugs from Larne and Belfast were deployed to guide it back to port. Once the ship is back in Port a full inspection will take place.

An RNLI lifeboat has also been sent out towards the ferry. A spokesperson for the HM Coastguard, quoted by the Belfast Telegraph, said:

“At approx. 1.30pm today, HM Coastguard was alerted to a mechanical failure onboard the passenger ferry European Causeway off the coast of Larne. A tug is currently on scene while the cruise ship Queen Victoria is standing by in case further support is needed. Local Coastguard Rescue Teams from Larne and Portmuck are standing by and lifeboats from Larne and Redbay are also ready to assist in towing the vessel back to port. There are no concerns over the safety of passengers on board.”

The company also confirmed the cancellation of a 16.00 Larne-Cairnryan sailing due to a “technical difficulty”.

#POLarne – We regret that due to a technical difficulty the 16:00 sailing is cancelled. Please rest assured that customers booked on this sailing will be accommodated on the next departing at 20:00. We apologise for any inconvenience caused.

According to the tracking website vesselfinder, the ship’s navigation status is currently “drifting”.

“The reports of the European Causeway drifting in water off Larne having lost all power are deeply concerning, not least for the agency crew and passengers onboard. Since our members were viciously sacked on 17 March, this vessel has been detained by the MCA for failing a raft of safety checks. The list of offences is now as long as your arm and the Government has to step in and protect ferry safety and jobs. P&O and their pay masters in Dubai are no longer capable of running a safe service and should be stripped of the licence to operate their ships.”

The adrift ferry is just latest in a long line of issues that have plagued P&O since its controversial decision to dramatically cut costs by replacing 800 of its staff with lower-cost agency workers.

Yesterday, speculation was rife that P&O’s was set to resume at least some Dover-Calais services as soon as tomorrow. The company’s booking system had indicated that would be the case. However, the website has since been updated and the earliest available bookings are now Tuesday, May 3rd.

For those with P&O bookings valid for today, the ferry firm has reached agreement for its customers to sail with DFDS.

As we reported yesterday, the RMT Union accused P&O of trying to push its agency workers on temporary contracts to accept agreements with even lower wages. A spokesperson for the company has nonetheless denied the claim, stating:

“No agency seafarers were asked to accept reduced wages and we have contacted the MCA to request that they withdraw their statement, which is misleading. There was an administrative misunderstanding around the contract presented to one individual who appears to have been unaware of an appendix which made clear that he would be entitled to an additional £195 a month, meaning that there was no change to his overall pay. There are no plans to change or reduce the wages of any of our agency seafarers and we have made clear that we will continue to comply fully with any national minimum wage obligations introduced by the UK government.”

Martyn EJ Gray of the Nautilus International union, speaking to BBC Radio Kent this morning, nonetheless argued that while P&O said it wouldn’t be paying less, it was still trying “to shaft” its new employees:

“If one of their seafarers, for whatever reason, was injured on board, and needed to be sent home or needed to receive medical treatment, they would be receiving 195 pounds less under those circumstances, because of those changes to the contract. So as much as the company is saying, well, we weren’t going to be paying people less, they’re actually trying to shaft their new workforce in circumstances where they’ll actually be if anything needing that money even more, because of what’s happened,” said the Nautilus International Executive Director.

The union boss then raised more safety concerns regarding ships that have passed inspection with one set of crew onboard, but not the crew who will relieve them:

“The Maritime and Coastguard agency will have inspected these ships with a crew on board, but there is an entirely different crew that will be relieving this crew that has been passed as safe. And part of the requirements for the safety inspections is to make sure the crew are familiar with the equipment and they know what they’re doing. So as far as we’re concerned, there’s an entire other crew that doesn’t necessarily know how to operate these vessels until the MCA prove that they do. So there is going to have to be more safety inspections when crew changes start to happen on the ships so that we know for certain that the seafarers onboard or the majority of the seafarers onboard are familiar with how these ships operate.”