The DVSA and the police have revealed some of their latest finds over the last few days, which include a massively overloaded van, a lorry driven without a tachograph card, and an overloaded lorry with no MOT. However, in the last of those cases, an eagle-eyed Twitter user spotted that the lorry used by the police to seize the offending truck appears to have an expired MOT itself. 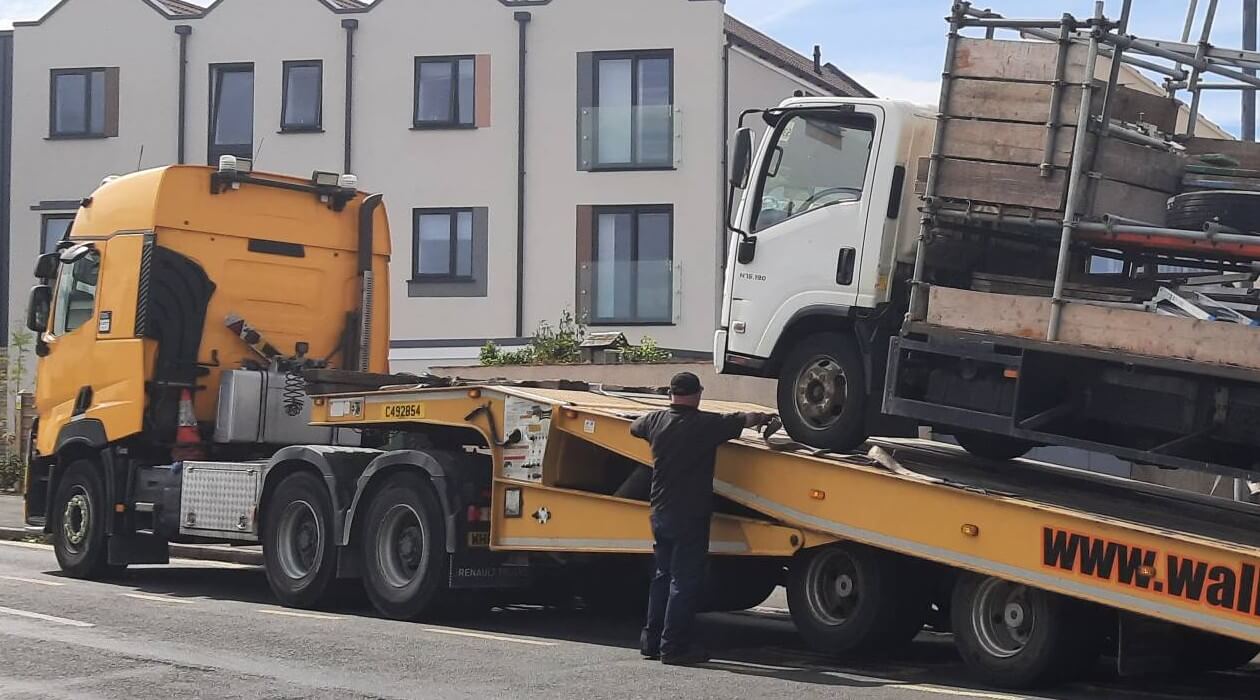 The first of the three aforementioned cases occurred on Friday, and concerns a HGV Driver that had been driving without a tachograph card.

The lorry was removed from the road network, while the driver was handed a prohibition notice and a fixed penalty notice.

We have been at Chieveley Services #M4🚔

This #HGV was removed from the road network🚫

Elsewhere, on the same day, ASPolice Roads Policing stopped a small truck that was found to be overweight. Moreover, as the officers soon discovered, there was a lot more wrong with the vehicle. The truck did not have its MOT, while its driver only had a licence for driving a car. To make matters worse, there was no Operators Licence and one of the tyres had a dangerous defect.

Numerous stops and good results on #OpTrader yesterday in Bristol with @DVSAEnforcement .

Truck seized, driver and company to be prosecuted. pic.twitter.com/LIh3nbC6i9

The vehicle was subsequently seized, with its owner and driver both to be prosecuted.

However, one eagle-eyed Twitter user (Romani Lad @KristoLad) spotted something interesting about the trailer the police had used to take away the offending vehicle.

In the photo shared by the police on Twitter, the registration plate on the trailer can be clearly read as C492854. According to the UK Government’s MOT history service, the trailer with this registration number has not had a valid MOT since the end of April last year. 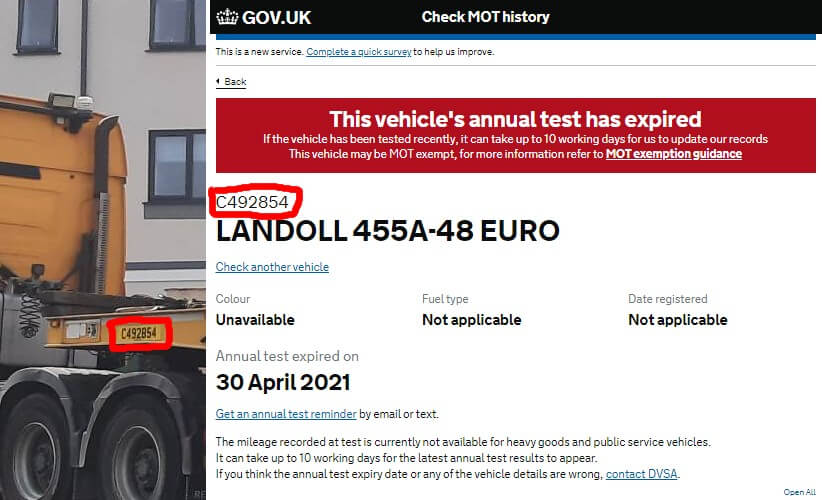 Therefore, unless the trailer had passed its MOT very recently before the incident, and thus the MOT history service had not been updated in time, it appears the police ironically used a trailer with no valid MOT.

Meanwhile, in the last of the three aforementioned cases, the DVSA stopped a van that had been massively overloaded. In the opinion of the DVSA, the overload was a case of unfair competition, as an HGV should have been used for a load that heavy.

No #tachograph fitted either🚫

The Roads Policing and Road Safety Teams of Avon and Somerset Police have been approached for comment regarding the trailer.