Fatigue kills. Therefore, a company should pay a fine of £450,000 for not ensuring its workers were sufficiently rested to work 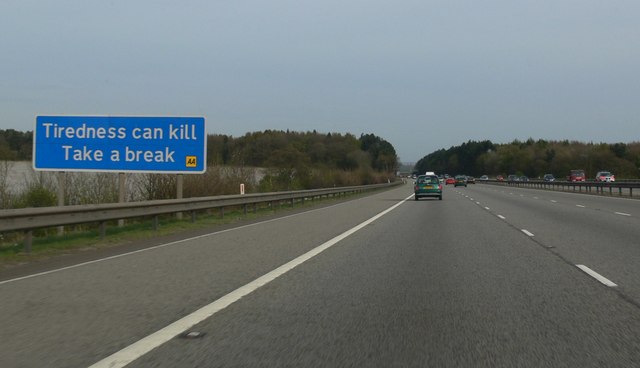 A British company has been fined £450,000 alongside £300,000 in costs after being convicted under the Health and Safety at Work Act for failing to ensure that two of its workers were sufficiently rested to work and travel safely, reports the Office of Rail and Road.

The sentence was passed virtually by HHJ Godsmark sitting at Nottingham Crown Court on 13 May 2020 after Renown, the company whose employees died in the fatal accident, was found guilty on 19 March 2020 following a prosecution by the Office of Rail and Road.

The sentencing brings to an end a complex case in which Zac Payne, 20, and Michael Morris, 48, died on 19 June 2013 while travelling in a company van back to Doncaster after a night shift in Stevenage in the early hours of the morning on the A1 near Claypole, and crashed into a parked articulated lorry.

„Our thoughts remain with the family and friends of Mr Payne and Mr Morris, and I hope this result brings them peace” – Ian Prosser, HM Chief Inspector of Railways said. “We welcome the sentence which is the first time that ORR has prosecuted in relation to failures of fatigue management. It shows the seriousness with which the court has taken this tragic case, and shows the fatal consequences that can occur when fatigue policies are disregarded.

The chief inspector added that this punishment shall remind companies that safety comes first and fatigue policies should be enforced to ensure their workforce is not too tired to work.

ORR’s prior investigation found failures to manage fatigue amongst the workforce. The judge found that Mr Payne was driving the van at the time of the incident, despite the company’s insurance policy that stipulated only over 25s may drive their vehicles, and that the company accepted during the trial that under 25s frequently drove company vehicles.

The judge said Renown’s gravest failing was to perform a suitable and sufficient risk assessment on the day before the fatalities, which led to the company failing to comply with its own fatigue management procedures, nor did it comply with the working time limits for safety-critical work, such as welding and trackside work, which insist there should be a ‘minimum rest period of 12 hours between booking off from a turn of duty to booking on for the next.

“Operations and managers knew what they were supposed to do in relation to fatigue but lip service was paid to these systems. Senior operations cut corners and I found blindness at Doncaster in relation to people driving to and from jobs” – his Honour Judge Godsmark said in his closing remarks. – „This failure to take seriously was reflected in [Renown’s] attitude and wilful failure of its no under 25 policy. In regard to those breaches to fatigue falling far short…I consider this a serious and systemic failure by Renown.”