The UK's Food and Drink Sector Council (FDSC) has told Trans.INFO that the consequences of labour shortages in the country “are already quite apparent". A spokesperson for the organisation warns that the situation is reducing profitability, growth and investment. Moreover, the UK's new economic model, based on high-investment in new technology and a low reliance on foreign labour, may also come too soon if the FDSC's words are anything to go by. The organisation told Trans.INFO that while new technology can help, the transition away from labour to automation will “take time" and it is difficult to determine how long the process shall take. 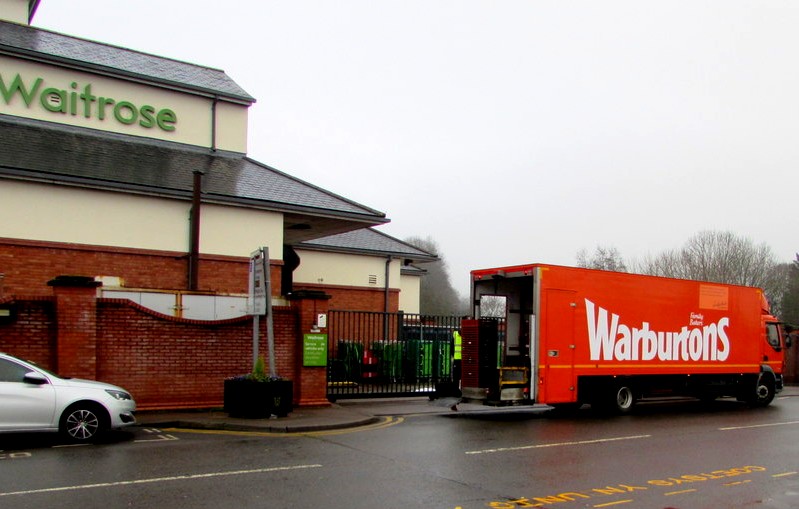 The comments from the FDSC come following the recent publication of its report titled ‘Feeding the Future: Working together to build the National Food Strategy’.

The 37-page document concluded that “vital collaboration between the government and the industry must build on this successful collaboration and trust to develop a true partnership to tackle challenges but with a greater understanding of the pressures many businesses are facing and collectively decide where we can make the greatest impact.”

The report also made a number of recommendations, including a “flexible and responsive immigration system” as well as reduced EU-UK trade frictions.

It is the former recommendation that could help the food sector with the current labour shortage problem, which a FDSC representative told Trans.INFO is forcing businesses to scale back production among other things:

“The consequences of these labour shortages are already quite apparent – the lack of HGV drivers, butchers, poultry workers and other shortages are forcing businesses to scale back production and to deal with delivery delays causing food waste as well as causing increased pressure on staff; and reduced business profitability, growth and investment.  These impacts are also rippling out across the supply chain and starting to impact consumers with reduced availability of products, food price inflation, concerns around animal welfare and longer-term environmental impacts.”

Earlier this month, UK PM Boris Johnson delivered his keynote speech at the Conservative Party Conference, during which he spelled out the UK Government’s plans for a “high-wage, high-skill, high-productivity economy” that avoids the use of ‘low-skilled’ foreign labour. The UK Government has also talked up the need for investments in technology and infrastructure, which suggests that the current administration wishes to see industry use automation as a means of reducing reliance on labour.

As the FDSC told Trans.INFO, the adoption of automation can help in this area, though the “uptake of automation and robotics will take time”:

“Increasing the use of technology will help food and drink businesses to automate their processes that are currently reliant on labour.  The Made Smarter report identified a potential £55bn added value to food and drink manufacturing through the adoption of existing technologist over a decade.  This would in turn improve productivity and create higher skilled roles.  But this uptake of automation and robotics will take time – as many businesses in the food chain are SMEs (97% in food manufacturing) – and will require further support to de-risk investment decisions.”

The FDSC spokesperson acknowledged to Trans.INFO that the above comment did not directly answer our question regarding how long this process will take. This is nonetheless because it is very difficult to predict:

“This doesn’t directly answer your question of how long this transition will take, as with such a complex system, there many variables that will have an impact, making such predictions almost impossible.  However I hope offers more explanation of the current situation and potential consequences.”

The comments from the FDSC somewhat correspond with those made recently by Clare Bottle, CEO of the The United Kingdom Warehousing Association.

Asked if a lack of labour may prompt the UK warehousing sector to become early adopters of robotics, which could bring benefits but also presumably cost and reliability disadvantages, the UKWA CEO told Trans.INFO:

“I take your point about warehouse robotics and I agree it’s a growing area and arguably part of the solution to labour shortages. The hard-wired infrastructure projects of ten years ago are being replaced by more flexible AGV solutions: but they’re still neither as flexible nor as dextrous as people. And if we pin our hopes on robotics, we are just replacing one labour shortage (warehouse operatives) with another (robotics engineers).”

Therefore, it would appear that a surge in the amount of investment in automation will not be able to compensate for labour shortages in the foreseeable future.