The 8-day strike at the Port of Felixstowe has resulted in a significant increase in the amount of time containers wait at the port. Data from supply chain visibility platform FourKites shows the figure increased by 82% in just 5 days. The information will give industry an indication as to what extent future strikes could delay shipments. Given that no agreement appears close, further industrial action is expected, and more containers could end up being shipped into alternative ports in both the UK and the European mainland. 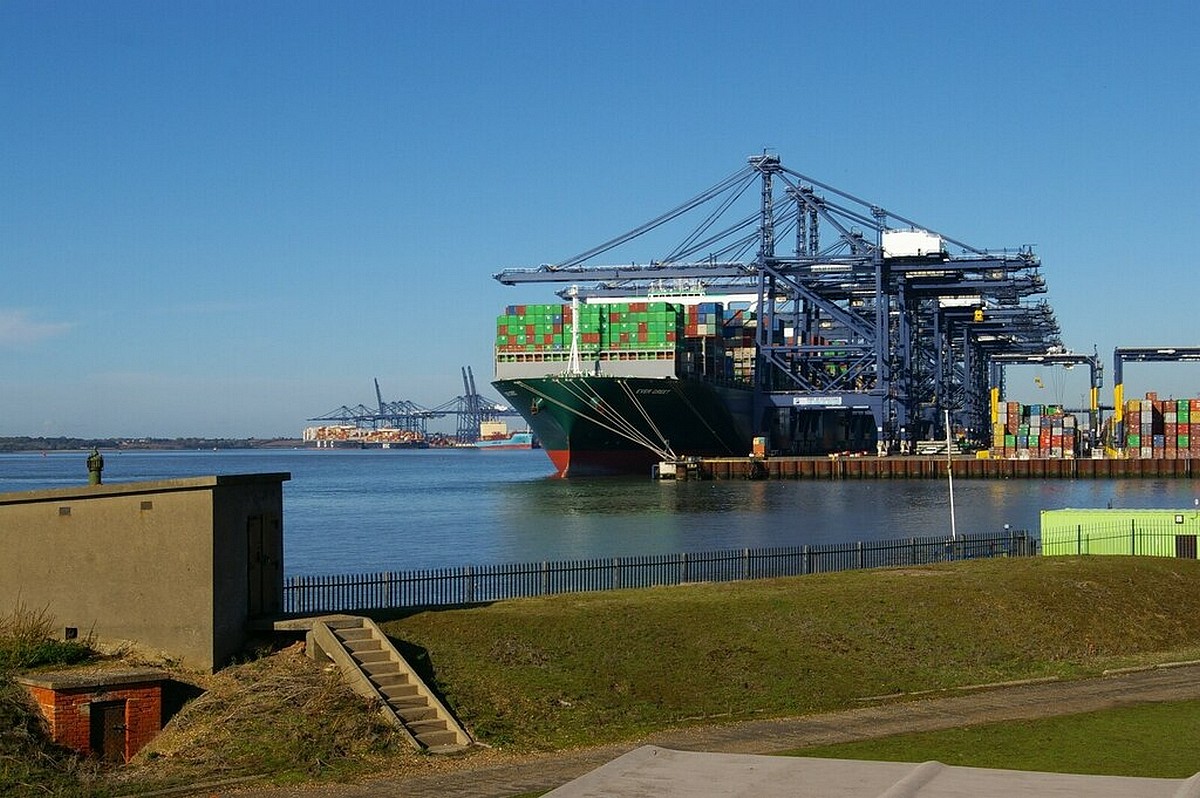 According to information forwarded to Trans.INFO by FourKites, on August 21st, when the 8-day strike began, export shipments at the Port of Felixstowe had been at terminal for 5.2 days on average for FourKites customers.

Some five days later, on August 26th, this had risen to 9.4 days on average, which represents an increase of 82%.

Over the same time period, FourKites found the average days at terminal for export shipments at some of Europe’s largest ports (Rotterdam, Hamburg, Bremerhaven, and Antwerpen) increased by only 9%. 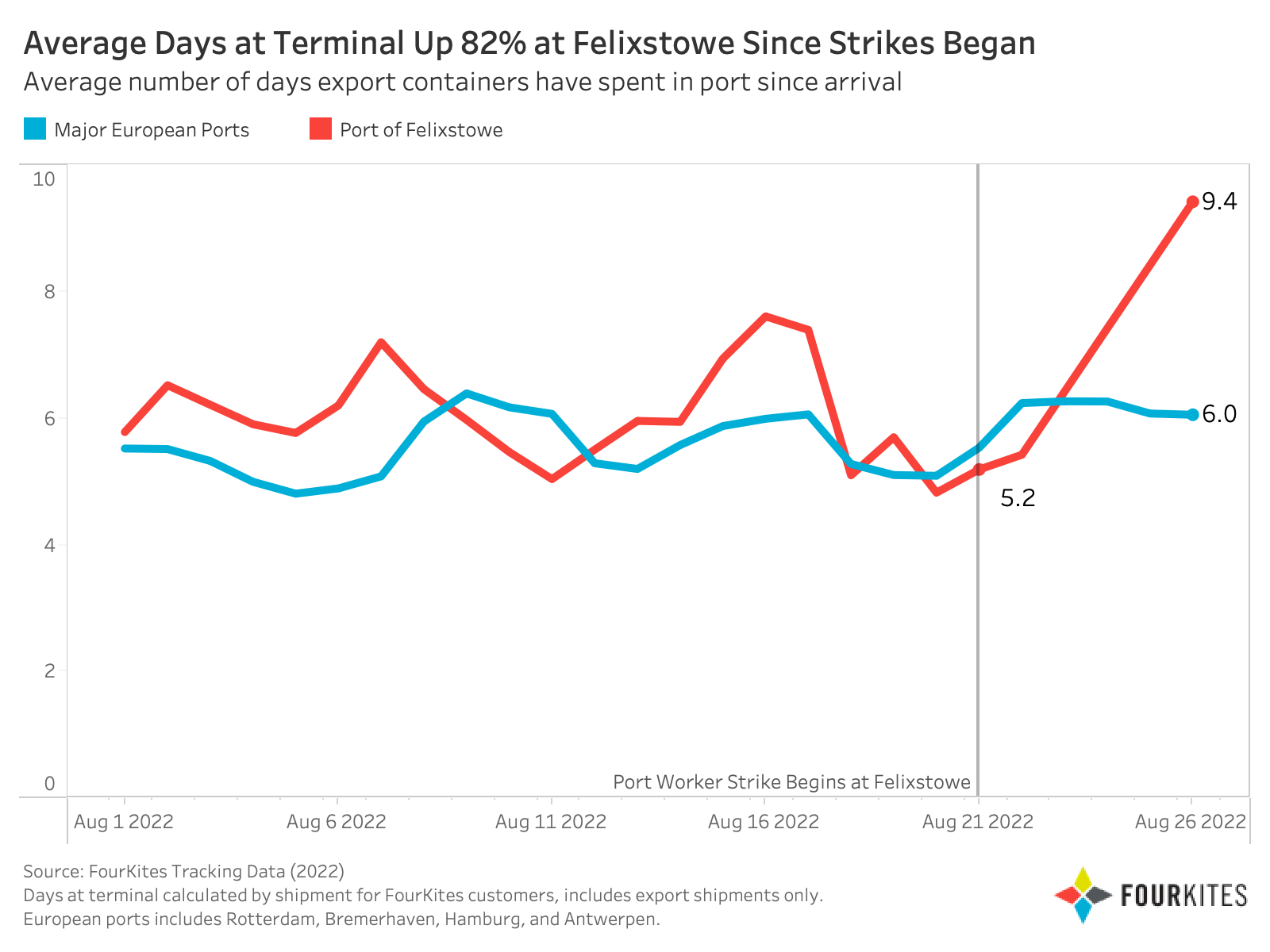 The chart above shows just how big a difference the strike has made in comparison with ports in mainland Europe, including at Hamburg and Bremerhaven, where pay agreements have been made to avert future strike action.

While the recent agreement between ports and unions in Germany has come of great relief to supply chain managers in Europe, the situation at Felixstowe and other UK ports remains unclear.

At this point, an agreement feels some distance away. Commenting on the ongoing industrial dispute last Friday, Unite Secretary Sharon Graham said:

The industrial action is naturally having an impact on supply chains. However, it is the hauliers who regularly do container transport from Felixstowe that are losing out the most during the strike.

Paul Day, managing director of Cambridgeshire-based Turners of Soham, has said the strike will cost his company over a million pounds. Speaking to ITV News during last week’s strike, Mr Day said:

“We are doing everything we can to mitigate [the strike]. But ultimately we think we might be able to get our loss down to around £200,000 a day. It’s a huge amount of money not just for Turners but for multiple other companies, many smaller companies who are just not able to sustain that amount of loss.”

Ipswich-based hauliers Magnus group has also had some of its operations impacted. CEO Olly Magnus has told The Daily Telegraph that there is fear industrial action at ports could continue into the run-up to Christmas.

“They are already talking about it going on to Christmas with this stand-off. That will have a huge knock-on effect for everyone. The concern is both sides are digging their heels in, and the real losers will be the end consumers and the logistics companies based in and around this area.”

An anonymous haulier also told The Daily Telegraph that successful strike action at Felixstowe could see unions make demands for similar pay deals at other ports:

“If Felixstowe can get something like 11pc, then Southampton, London Gateway and every other group Unite represent don’t need to enter pay discussions. They will just demand 11pc. I believe they are pushing really hard at Felixstowe to make lives easier for their other members.”