In recent months, the Port of Felixstowe has been trialling so-called autonomous terminal tractor units. Those working at the port, as well as lorry drivers taking loads in and out of the facility, may have caught sight of them lately. In a press release, the Port of Felixstowe has now confirmed that the autonomous vehicles have been deployed following a “thorough commissioning and testing programme". 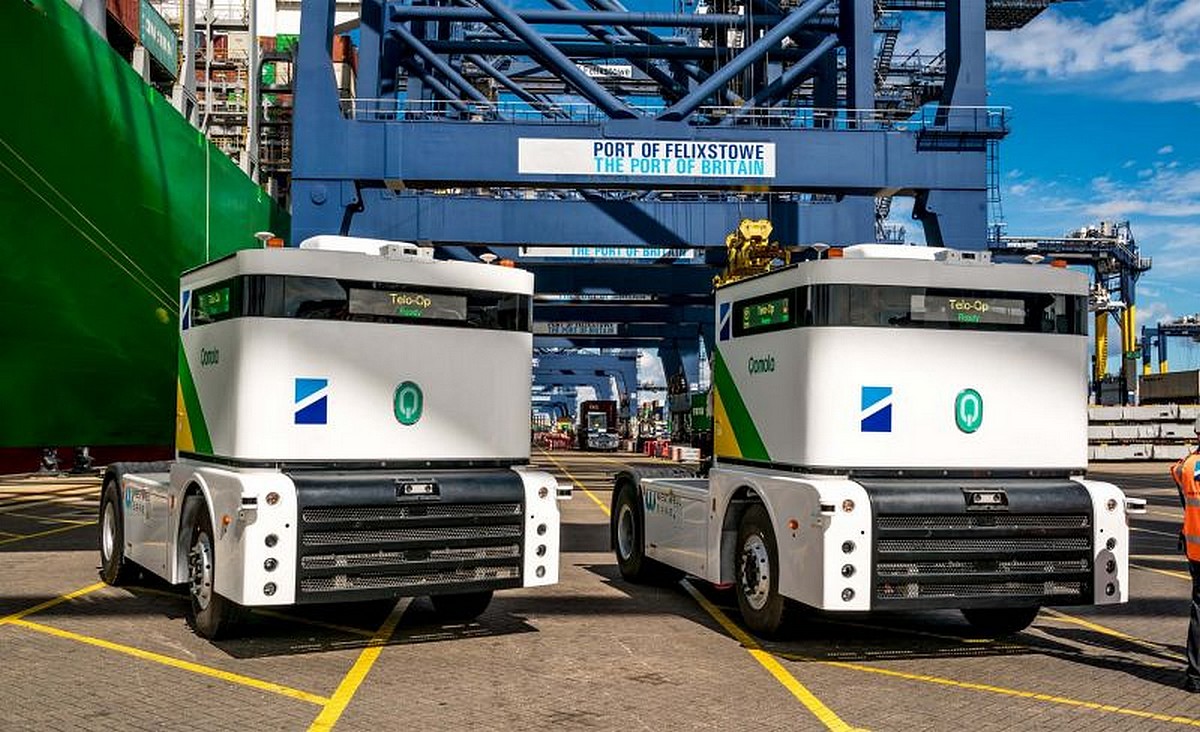 Hutchison Ports, who own and run the Port of Felixstowe, announced a trial of the autonomous lorries for its port in Thailand back in August 2020. Following a similar trial at Felixstowe, they will now be used there too.

The autonomous trucks come from Chinese manufacturer Qonolo and were trialled at Felixstowe in October.

The Port of Felixstowe has described its deployment of the autonomous truck as a “ground-breaking move”, adding that it is believed to be the first port in Europe to introduce autonomous terminal tractor units (ATs) into mixed traffic container terminal operations.

Commenting on the new equipment, Clemence Cheng, Chief Executive Officer at the Port of Felixstowe, said:

“These new autonomous trucks represent a significant technological step forward for the Port of Felixstowe. The tools underpinning port operations have evolved continuously and we already have a range of very advanced systems and equipment in place but this is the first time we will have wholly driverless vehicles. Safety is our No.1 priority. This applies equally to technological developments and especially when introducing new equipment into live terminal operations. The ATs have a range of built-in safety features which will allow them to navigate effectively and safely within our container terminals.”

According to the Port of Felixstowe, the autonomous trucks use a digital map which is loaded to a fleet management system that controls the navigation around the port. The AT then combines that map with its on-board GPS navigation to track its real-time position.

“The Port of Felixstowe has a long record of innovation and we are very excited by this latest development at the port. The ATs use LiDAR – a light sensing technology that creates a 3D map of an AT’s surroundings using a laser and receiver, which, when combined with its on-board 360-degree cameras, provide real-time, all-round 'vision’. This enables it to 'see’ everything instantaneously in its vicinity to allow safe and accurate navigation. With the support of Extreme Precise Position (EPP) system, it can achieve positioning accuracy of 2 cm and a steering angle accuracy of 0.5 degrees.”

The Port of Felixstowe maintains that the ATs have been through a thorough commissioning and testing programme. The port states that the vehicles are to be used initially to transport containers between the port’s Trinity and North Rail terminals.