Despite the technical development of warehouse logistics, leadership is still the single most important part for a well-functioning warehouse.

In one my latest article I mentioned the KISS principle “Keep It Simple, Stupid” originating from the U.S. Navy. That was about the importance of keeping everything as simple as possible.

Another important thing, which also originated from the U.S. Navy, is the FIRO theory. FIRO has become a widely used framework in leadership and team development. William Schutz a famous American psychologist developed the theory in the fifties at The American Naval Research Laboratory. Although FIRO was developed in the fifties, it is still used and constantly under development with new research.

This theory mainly explains the interpersonal interactions of a local group of people. The theory is based on the belief that when people get together in a group, there are three main interpersonal needs they are looking to obtain – affection/openness, control and inclusion. Schutz developed a measuring instrument, six scales of nine-item questions. This instrument called version B (behaviour) is used to measure how group members feel when it comes to inclusion, control, and affection/openness or to be able to get feedback from people in a group. These issues are very important for a group’s cooperation and efficiency. FIRO became an important tool in the U.S Armed Forces education, LMDC (Leadership and Management Development Course) that expanded globally as a licensed highly respected leadership education in civil organizations and companies (I have done it myself and can warmly recommend it!)

The whole company need to perform, not just the leaders!

As everyone with knowledge of modern warehouse logistics knows, a warehouse is a dynamic environment with many quick decisions and a lot of feedback. It is important to have good working teams in different departments. They must be able to provide feedback and make quick decisions without conflicts all the time. The different teams must also be able to cooperate with each other in order to avoid sub-optimizations and to take into account the big picture of the warehouse. It is often a big focus on the management and their ability to communicate about what to do, but equally important or maybe more important is the leaders’ ability to develop the staff’s interpersonal skills. If you want the team to perform better, the staff’s interpersonal skills are crucial.

Susan A. Wheelan, former professor of Psychological studies at Temple University; Philadelphia is another important person regarding group dynamics. She developed the tool, IMGD (Integrated Model of Group Development) which builds upon the works of Wilfred Bion, Bruce Tuckman and her own empirical observations. The Swedish version of LMDC (In Sweden UGL) use Susan’s tool. Susan is the author of a book that I can warmly recommend, “Creating Effective Teams”. It is a great tool when you want to develop your organisation and teams. I have used it a lot in my leadership and development of organizations.

Remember! Do not only invest in leadership education but also in knowledge regarding skills to create effective teams! The whole company need to perform, not only the leaders.

Another thing to remember, (I have said it before, but I will repeat it) is: it does not matter how much you invest in modern warehouse technology if you do not have the leadership and interpersonal skills in the warehouse first.

Roberth Karlsson is a logistics expert and the author of roblogistic.com. 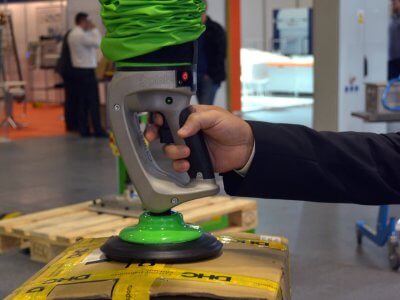 Cheaper and faster picking. Here are...

Coronavirus vs transportation – what is...

Cheaper and faster picking. Here are some helpful solutions
Coronavirus vs transportation – what is the condition of Your company? Join our ...
Post-pandemic supply chains