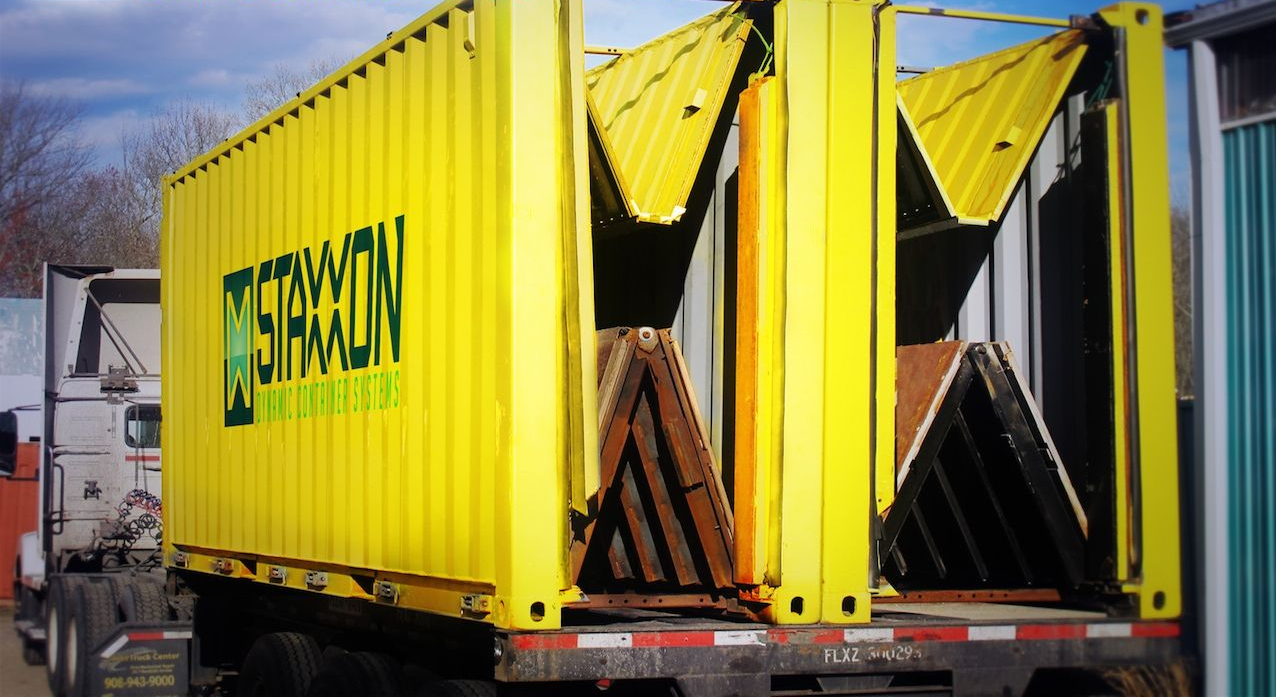 Containers protect transported loads against mechanical damage and atmospheric conditions. They also facilitate reloading operations. Their construction is not very sophisticated. They are supposed to be strong, durable, easy to use. Is there anything that is worth changing in the container structure itself, for example, so that their empty transport is cheaper than it is now?

Containers are simple metal “boxes” with unified dimensions. They have been used in transport since the mid-1930s. They are used especially for the transport of general cargo (usually packed in boxes, boxes, bags, sometimes additionally placed on Euro-pallets).

Containers with fixed dimensions are easier to transport and reload. Unification of size allows you to speed up reloading operations and use specialized equipment. It is also easier to design ships – container ships to carry such standardized “boxes” filled with goods.

The most popular containers are 20 feet long (1 20-foot container = 1 TEU), they can also measure 30, 40 or 45 feet. Inside, there are usually hooks and attachment points.

The space occupied by containers is relatively large, and a major issue in transporting containers are the so-called empty runs. It is estimated that one-fourth of all containers transported by ships travel back to where they came from unloaded. It costs a lot.

How to limit empty runs

The way to reduce transport costs, as well as the storage space for empty containers, is to fold them. It is a solution successfully used for years i.e. in the case of pallet boxes. There is even a ready-made project of this kind, developed by an American inventor.

The patent for folded containers belongs to George Kochanowski from Staxxon. A Pole by origin was born in the United States. He worked as chemistry engineer at GE Plastic, which was once part of General Electric. A trip to Pensylvania inspired him to come up with a revolutionary idea. When Kochanowski saw containers standing by the road, he started doing research. Once he learned that 58 percent of them were empty, he decided to come with a solution to a costly problem.

The main goal of the Staxxon designers was to develop a way of folding and nesting empty containers to facilitate transport, reduce costs and simplify loading and unloading.

The idea of collapsible containers is not new. At the end of the previous decade, the Cargoshell container project was developed. It was made of composite materials, thanks to which it was about a quarter lighter than traditional metal containers while maintaining adequate resistance to damage. In addition, the emission of carbon dioxide was much lower than in the production of steel containers.

The plastic construction was supposed to facilitate its assembly. Thanks to the plastic walls, Cargoshell containers did not suppress the GPS signal, which made it easy to track the cargo. An additional benefit was that in a plastic container it is easier to maintain cleanliness and hygiene, as well as the right temperature (the material is slowly warmed up).

All these benefits, however, were not able to remove the basic problem: the traditional container proved to be three times cheaper than the plastic one. That is why the project was not disseminated. Will it be different this time?

Unlike Cargoshell, the Staxxon folding container is to be made of steel and fold horizontally instead of vertically. This is one of the advantages of the new solution, designed to guarantee adequate strength, and at the same time easy assembly, as well as loading and unloading.

Five folded, empty containers could thus fit in the place of one. The benefits of transporting this type of empty containers seem to be huge. And yet, the assessments from logistics specialists are not unambiguously positive.

Michał Gawin, board member and chief operating officer of Spedcont from PEKAES Group, considers the idea to be interesting. He reminds, however, that this is not the first attempt to optimize the space occupied by containers and looks at such solutions rather skeptically.