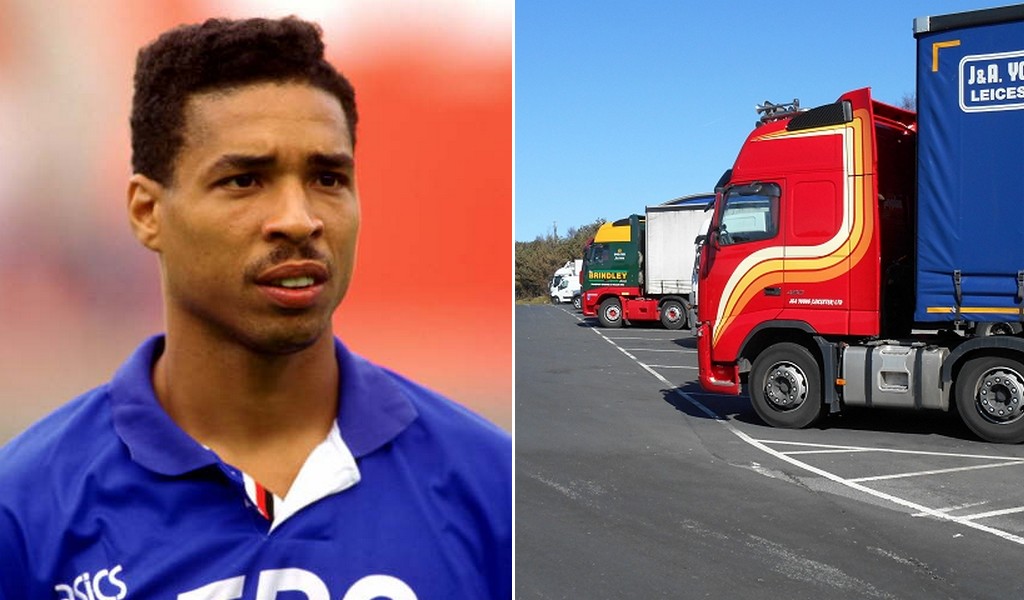 In an interview with the Daily Telegraph, former England International Des Walker has paid tribute to the “massive skill” displayed by lorry drivers. Walker is qualified to comment too, having worked as a HGV driver for several years.

The former Nottingham Forest and Sheffield Wednesday star, who has two League Cup medals and 59 England caps to his name, says he was first amazed by the skill of lorry drivers when he lived near a soft drinks factory as a youngster:

When I was a youngster in London I used to live two doors up from the Coca-Cola factory. I used to watch the lorry driver reversing into this tight spot countless times and remember being amazed at how he did it.

Walker explains that he got his HGV driver’s licence in his mid-twenties during the summer break between football seasons. He also has licences for riding a motorcycle and driving a bus.

The former England defender once drove artics following the end of his football career, and made it clear during the interview that people have got to respect lorry drivers:

It’s a challenge, you never get bored. They’re long hours and you’ve got to respect lorry drivers because it’s hard work and a lot of concentration. They seem determined now to make out it’s not a skill. Let me tell you, it’s a massive skill and not everyone is confident enough to drive them. Many people can’t, and are so cagey, so those drivers must be commended in my view. I look back on it now and I really enjoyed it.

Walker made the comments during an interview focused on his time working under the legendary Brian Clough. You can read the article in full here.