The obligation of reporting the posting of workers in France was imposed on Polish carriers in January 2017. There are new provisions related to that, however, which have already been implemented, and changes scheduled for 2018. One of them will be a fee that will be paid by entrepreneurs sending their employees to work which will be also applied to transport companies.

The Decree applies to: employers based outside France which post their employees in the country; owners and customers.

The regulation also applies to the road transport sector.

France is introducing the fee to cover the costs of establishing and maintaining a dematerialised system of declaration and workers posting control—SIPSI.

Every employer based outside France posting its employee in the country contributes to compensation of the costs of establishing and operating the demeterialised reporting and posted workers control system and the costs of processing data therein,” the Decree states.

The basis for the implementation of an additional fee is the provisions of the so-called El Khomri Law of 8 August 2016 established by the controversial French Minister of Labour Myriam El Khomri.

The French fees will be appealed against?

Considering the number of workers posted to perform work in France every year, analysts are claiming that the new rules could be extremely profitable for France. However, before the money is brought into the French budget, we can certainly expect a significant number of protests and criticisms against the activities of the French government. It will probably end up in another complaint against France addressed to the European Commission.

The plan to implement the fees raises many doubts, both in legal and technical terms. Considering the legal aspect, there are many opinions stating that such a fee that applies only to foreign companies leads to inequalities in access to the market. While looking at the technical side, the date of implanting the fees is inevitably getting closer and closer, and the executive provisions and solutions as for the system charging the fees have still not been introduced.

As of December, you need to state the KREPTD number in SIPSI

It is also worth remembering that as of 30 November, there is the Polish Registry of Road Transport Undertakings (KREPTD) operating in Poland. What does it have to do with SIPSI?

When filling out the form in the French system, it was required to provide a reference number which Polish carriers did not have due to the lack of a relevant registry in Poland. Now, the KREPTD makes it possible to obtain such a number and enter it when reporting drivers posted to work in France.

The obligation of providing a reference number applies to applications made after 1 December 2017. It is not required to update this data for earlier applications.

If a company is not yet in the KREPTD, you need to enter the transport licence number. However, you have to remember that by 1 March 2018, all companies need to be entered into the Polish register. But if the company does not have a transport licence, as it carries out only transport order with vehicles of up to 3.5 tonnes, then the best solution is to enter a note into the posting submission that this obligation is „non-applicable” to our company. 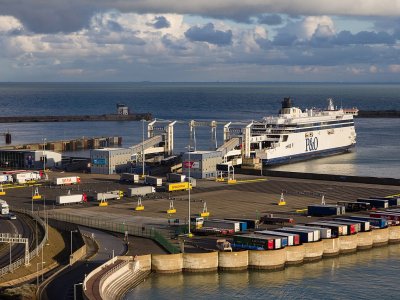 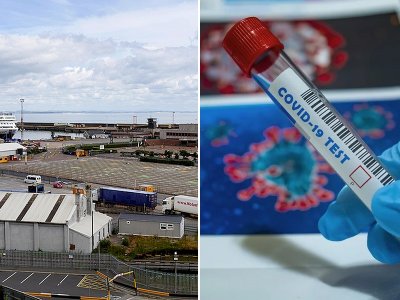 Truckers travelling from Ireland to France...