Due to a national strike in France today, Dover-Calais ferry services are suspended until 5pm (Central European Time) announced DFDS and P&O Ferries. As there are several hundred demonstrations across the country today, including one in Dunkerque, not just Calais, drivers should expect difficulties all over France. 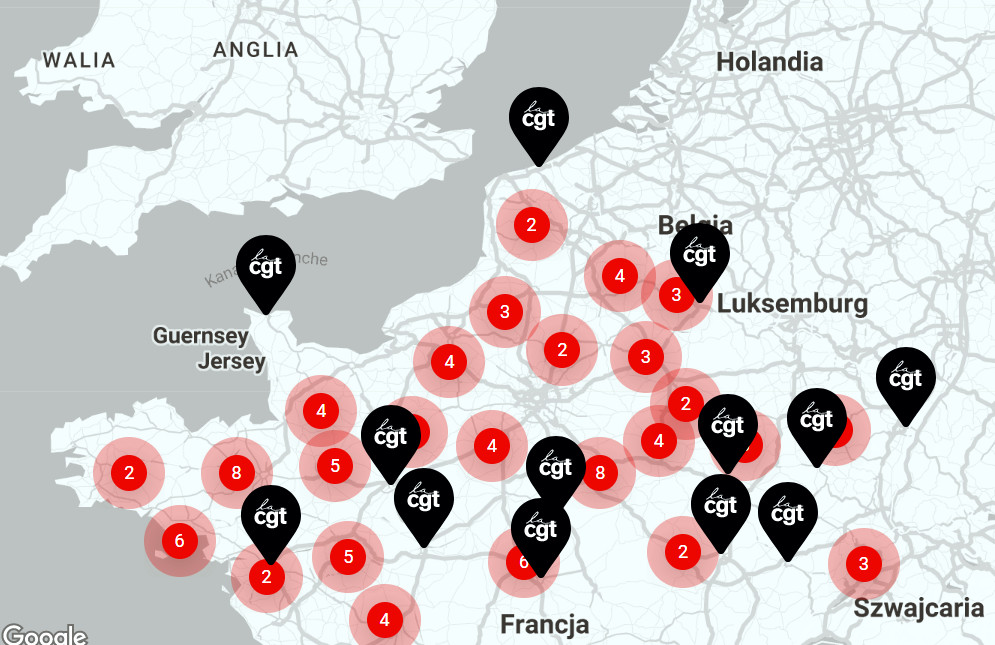 Ferry operator DFDS announced this morning the suspension of its Dover-Calais services from 8 am to 5 pm (Central European Time) in a Twitter post:

DFDS INFO | The port of Calais will be closed due to industrial action on Thursday 19 January 0800-1700 CET, all affected customers will be contacted by DFDS with alternative travel arrangements via our Dover-Dunkirk route.

The operator took the step because of the national protest against the increase of the age of retirement in France happening today.

According to the BBC, DFDS has told customers to travel from Dover to Calais on Thursday, alternative arrangements would be made via Dunkerque. However, there the company hasn’t provided further information on these changes so far.

P&O Ferries took the same measure and announced services to and from the French port to be suspended from 07:00 GMT for nine hours.

#POCalais #PODover– We apologise that our sailings today have been affected by national action in France. Our optimised sailing schedule is below pic.twitter.com/p7cuhY0sib

Irish Ferries hasn’t published any updates about their services being changed due to the French strike but, according to BBC, the company said that while crossings from Calais are affected, drivers with freight will still be able to access that port and „check-in as normal”.

The strike has also affected Eurostar rail services – a reduced number of trains will run on 19 January due to staff shortages.

Due to a general strike in France, we will be running a revised timetable on 19 and 20 January. To check if your train is cancelled and find out about your options, please visit: https://t.co/P6Wx0mT0IE

The Belgian carriers’ organization Febetra also shared some information about the expected disruptions in France.

According to the organisation, drivers should expect difficulties, especially on the roads leading to the Port of Calais and the Eurotunnel from the A16 and A26 motorways.

Or, when coming from the Pas-de-Calais area:

French union CGT has published an interactive map about the developments. According to the map, demonstrations are being held in Dunkerque, as well.

What’s more, French refineries are also possibly to be blocked.