Earlier this week, a protest against high fuel prices organised by Slovakian hauliers created noticeable traffic disruption in Bratislava. The demonstrations moved onto the Czech border on Tuesday and are continuing there today, with further action at the Polish and Hungarian borders also possible. 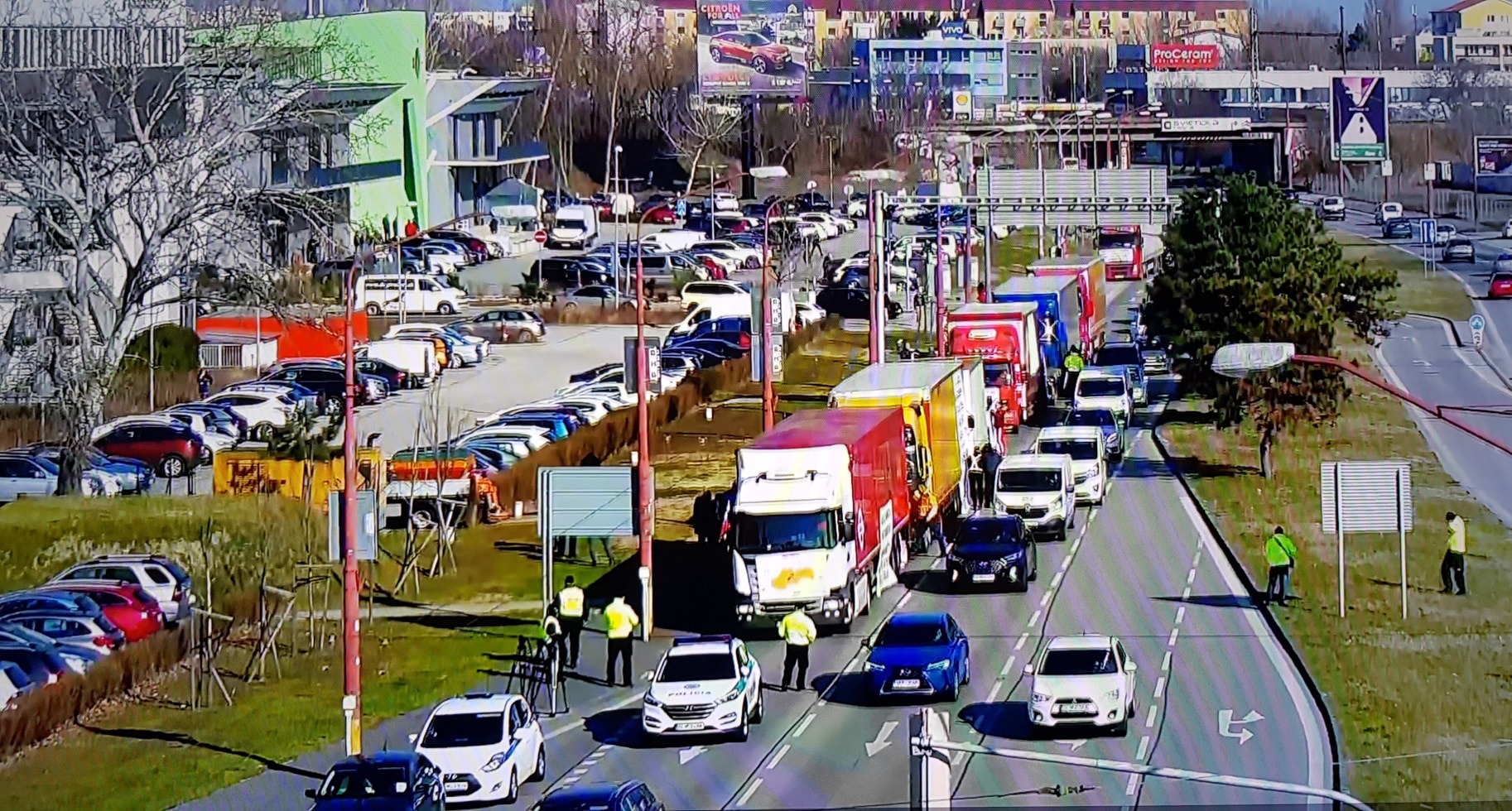 The protests began in Slovakia’s capital on Monday, moving to the D2 crossing at the Czech border on Tuesday and Wednesday.

One of those supporting the protests is Marián Ürge of the Asociácie Žltý anjel Asistance24 vehicle breakdown rescue service. He told domov.sme.sk that Slovak carriers are going bankrupt due to rising fuel costs that make them uncompetitive with hauliers from neighboring countries.

The organisers of the protest are demanding a VAT cut on fuel similar to that introduced in Poland earlier this month. Neighbouring Hungary has also introduced a cap on fuel prices in a bid to keep costs for motorists down. Slovakian hauliers have also called on the government to make cuts to road tolls and road tax.

The demonstrators have been criticised for blocking traffic and stopping people from getting to important appointments and hospital visits. However, the organisers say they are only blocking one lane and are ensuring ambulances and emergency vehicles can find a way through.

On Tuesday evening, the protests moved towards the Czech border, causing the closure of a section of the D2 motorway to trucks.

A Twitter post by the Czech road police today confirms the same stretch of road was also closed this morning as the hauliers continue to dig their heels in until the government takes action.

Stanislav Skala, chairman of the Union of Road Carriers, told reporters at the border on Tuesday evening that the protests would continue unless the demonstrators’ demands are met. He added that blockades could be organised at the Orava Polish border crossing, as well as the Komárno and Šahy crossings into Hungary.