A lorry driver suffered serious injuries when the cabin of his HGV caught fire on Saturday afternoon at a German truck stop. According to the police report, the cause of the fire was the driver's gas cooker. 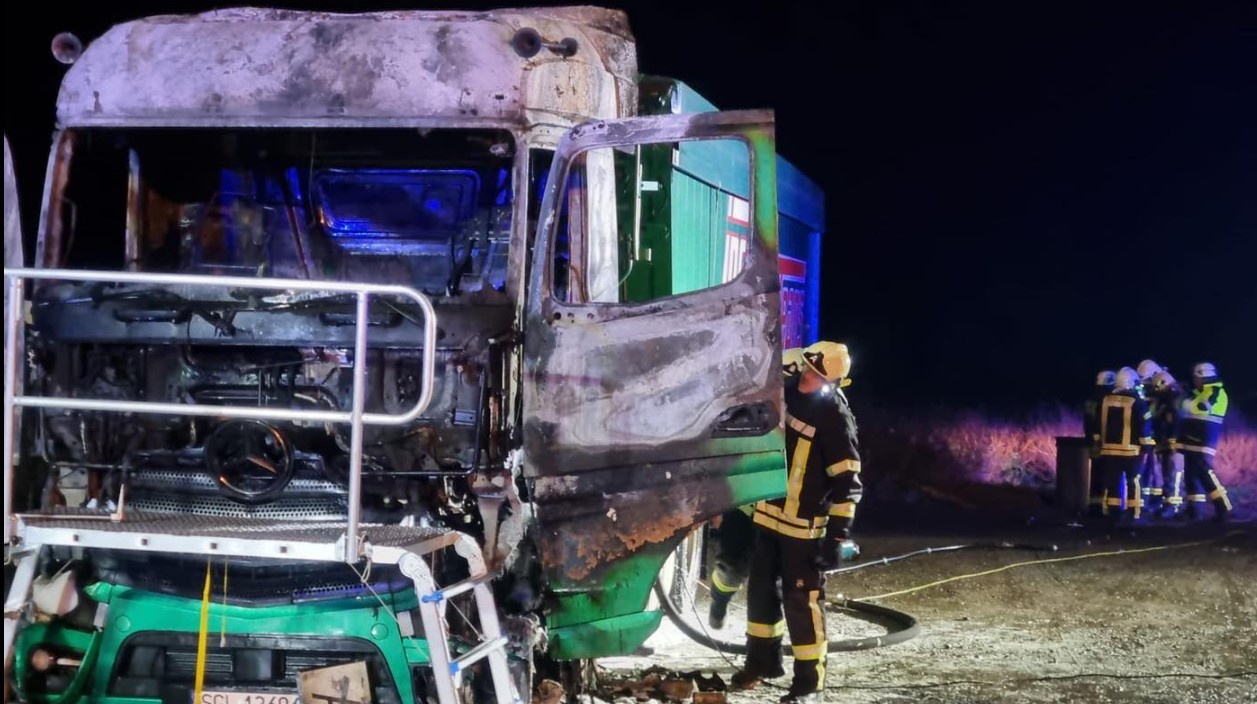 German police reported on the incident, which happened on Saturday afternoon at a truck stop near Ducherow in Germany.

According to the investigation, the driver was cooking in the cab using a portable propane cylinder at around 4.35 pm when the fire broke out.

The 44-year-old Lithuanian driver managed to get out of the cab. However, he was seriously injured while attempting to prevent the vehicle being engulfed by flames.

A 50-year-old Ukrainian driver, who had stopped to rest next to the lorry that later caught fire, jumped to rescue the injured driver and suffered minor injuries himself while trying to help.

The seriously injured driver of the burning lorry was transported to a local hospital.

Thanks to the quick intervention of the nearby volunteer fire brigade, the spread of the fire to the trailer and the load were prevented.

The fire-caused damages amounting to approximately €150,000 euros, reports the police, according to whom, the HGV belonged to a transport company in Poland.