The volume of shipments is growing on a year to year basis but there are not enough people to handle the deliveries. Courier companies in Germany, like their carriers, have serious problems finding employees.

The boom in the market and the dynamic growth of the e-commerce industry advantage the courier companies. Unfortunately, they are struggling with the growing problem of the lack of staff.

Between 2010 and 2016, the number of shipments serviced by German enterprises increased by 50 percent reaching a level of about 2.5 billion – reports the transport portal verkehrsrundschau.de. One of the German courier companies estimates that this number will increase twice by 2025. Then the industry will need another 100 thousand couriers – predicts a German company, Hermes.

The lack of employees is due to low wages

The reason for the lack of staff is not only a demographic change and a low unemployment rate in Germany – summarizes the Federal Union of Courier and Logistics Companies, which unites the largest players on the market: GLS, Hermes, DPD, Deutsche Post DHL. According to a recent research done by the Union, it is a serious challenge to fill all vacancies.

On the other hand, the association of trade unions ver.di, points out that the lack of interest in working in the courier industry is a result of „too much workload and pressure for small wages.”

– No wonder that the candidates do not stand in queues – comments Sigrun Rauch, ver.di expert. Rauch also points out that enterprises such as GLS, DPD and Hermes are most often based on subcontractors. Their salaries, as in the case of a Czech driver, are very low.

Only wage increases will attract candidates

As Rauch points out, couriers usually receive the minimum wage in force in Germany. Therefore, the interest in the industry can only increase when wages go up. Such actions, in the face of the growing lack of staff, have already been undertaken by two large courier companies – GO! Express & Logistics, and Hermes. Both companies raised prices by approximately 4-4.5 percent this year. The reason for the increase is the willingness to invest in the staff.

Wage pressure in this industry will intensify throughout Europe, because although the barrier to entering the profession is low, it is hard, stressful and in a constant hurry. In addition, the courier starts work from very early hours of the morning and often ends it late in the evening” – comments Marcin Wolak from the innovative recruitment platform Transjobs.eu.

– Salaries will have to rise, which will ultimately be paid by consumers. On the other hand, it will also force faster development and popularization of alternative solutions, such as parcel lockers or 24/7 pickup points at petrol stations and in local shops – adds Wolak. 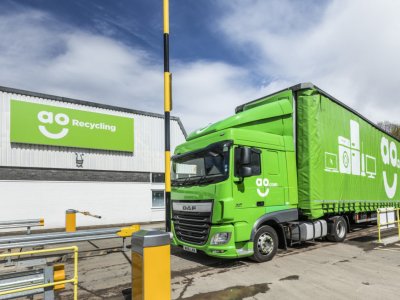 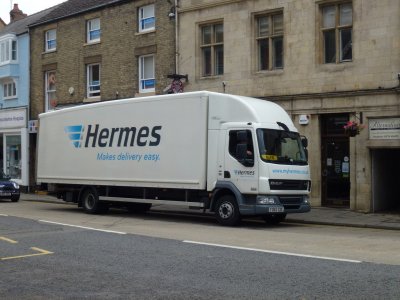 This company needs more than 200 logistics employees in the UK
American Advent International bought two-third of British Hermes in $1.3B deal
Drivers delivering to Amazon claim they were instructed to manipulate working ti...
As the Royal Mail struggles, rumours of GLS sell off emerge
End of transitional period and tighter controls on posted workers in the Netherl...