DB Cargo UK, part of the German rail giant Deutsche Bahn Group, has launched a ‘Freight belongs on rail!’ campaign aimed at getting businesses to lobby the UK Government into making ambitious rail freight commitments. It wants the UK to agree to a legally-binding target for modal shift, highlighting the fact that Scotland has already done so. 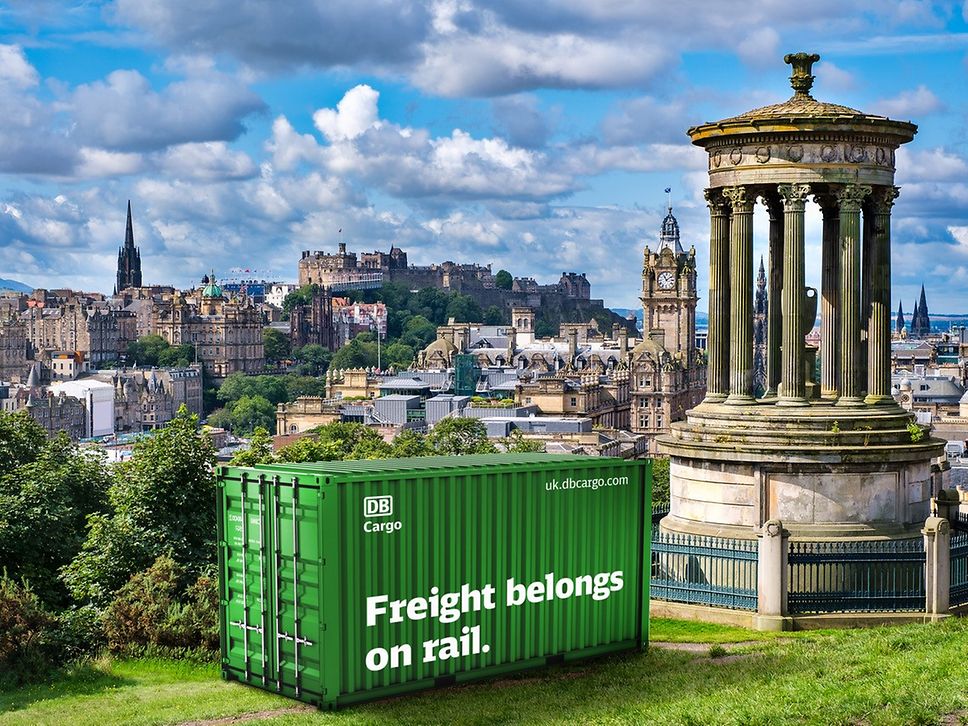 The German state-owned company, which is also the UK’s largest rail freight operator, says it is teaming up with big businesses to lobby the UK Government to set a legally-binding target for a future modal shift.

The campaign has coincided with the official opening of DB Cargo UK’s new £7m rail freight terminal in Cricklewood, North London. The facility is supporting some of England’s biggest infrastructure projects, including HS2 and the ongoing regeneration of Brent Cross.

Every year the new terminal will handle the import and export of 1.5 million tonnes of aggregates and construction spoil that would otherwise by transported by road.

DB calculates that the average freight train carries the equivalent of 76 HGVs and generates around 75% less  harmful carbon emissions. According to the company, this is a “shining example” of why the UK Government should encourage greater use of rail freight.

Commenting on the launch of the campaign, Andrea Rossi, DB Cargo UK CEO, said that the UK Government should follow Scotland’s lead:

“Freight belongs on rail. The more goods and materials we can get off the road and onto rail will reduce congestion, significantly cut carbon emissions and improve air quality – some of the UK’s Government’s key objectives in its drive to achieve net zero carbon emissions by 2050. With the recent publication of the Williams-Schapps Plan for Rail and the well-documented challenges currently being faced by road hauliers, there has never been a better time for Government to promote rail freight as the way forward. Setting down in legislation a legally-binding target for UK modal shift, like has already been done in Scotland, will provide the confidence and certainty needed to unlock sustained investment in rail freight going forward.”

Mr Rossi added that as part the ‘Freight belongs on rail’ campaign, DB is asking its existing customers, including some of Britain’s biggest businesses, to lobby Prime Minister Boris Johnson urging him to act:

“Some of Britain’s best known construction companies, supermarkets, steel manufacturers and car makers are already enjoying the economic and environmental benefits of using rail freight and we will be working closely with them in the months to come to carry the message to other businesses who would benefit from changing their existing transport strategies. It will, however, take a collaborative effort by all stakeholders involved – Government, regulators, the rail companies, industry bodies and customers – to deliver the policies and reforms necessary to unlock rail freight’s true potential”.

“Moving more freight by rail helps businesses deliver, frees up space on congested roads and prevents unnecessary carbon emissions, supporting a clean, green economic recovery from the pandemic. Now is the time for government to build on these benefits – an ambitious rail freight growth target will unleash further private sector investment to improve connectivity and deliver economic and environmentally-friendly benefits.”