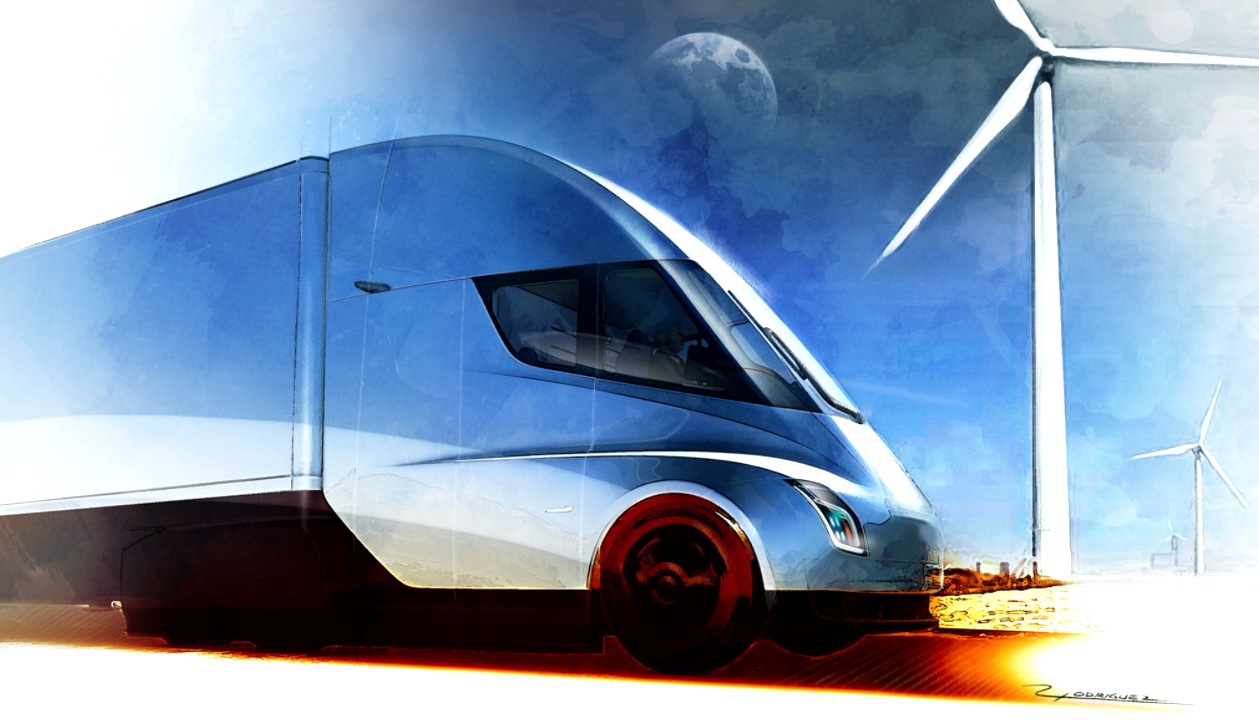 Power comparable to providing energy to even 4 thousand single family houses will be needed to recharge batteries of Tesla electric truck, estimate experts from the consulting company Aurora Energy Research. They are talking about fast recharging within 30 minutes which is supposed to be available thanks to the megachargers. So far, the American manufacturer of electric vehicles is only planning to install them.

John Feddersen, chief executive of Aurora Energy Research, a company founded by a group of Oxford university professors, said that the power required to charge the batteries of the Semi truck by the megacharger within 30 minutes would be 1,600 kilowatts, announces Financial Times. Such power is enough to provide energy to 3.4 – 4 thousand average houses. It is also 10 times more than needed by the current network of Tesla charging stations for electric cars.

Elon Musk’s company did not want to comment on those calculations. As reported by Financial Times, Musk had said earlier that the megachargers would be powered by solar energy. However, Tesla did not confirm whether they would be using power grid when there was no enough sunlight. Many of the current Tesla chargers are partially powered by renewable energy. The company is also experimenting with batteries to reduce the demand for electricity from the grid.

Tesla has not revealed yet when the first megachargers are to be installed though it is supposed to start delivering electric trucks in 2019.

There is no such charging technology?

Aurora Energy Research is not the only institution that points out the huge demand for electrical energy which will appear along with the development of electric vehicles. Other battery technology experts claim that charging a truck within 30 minutes would require a technology exceeding everything that is currently available.

The fastest chargers today can support up to around 450kW charging, so it’s not clear yet how Tesla will achieve their desired charging speeds,” said Colin McKerracher of Bloomberg New Energy Finance, a consultancy, during his conversation with Financial Times.