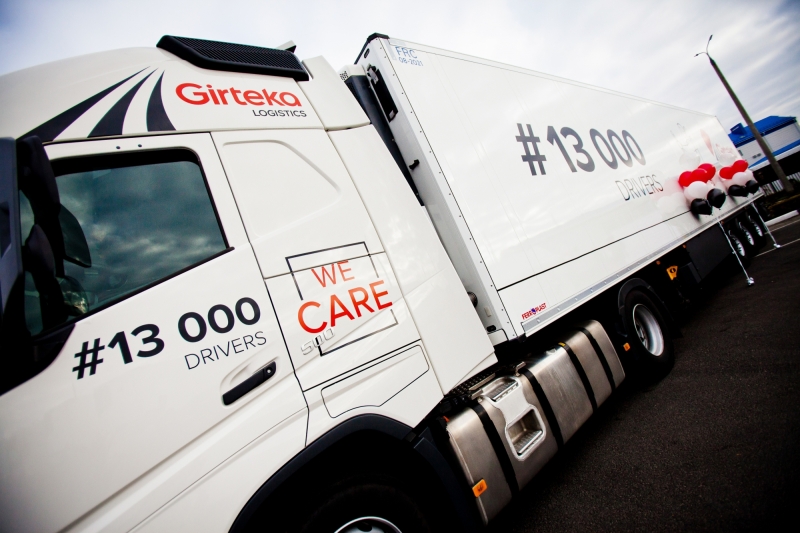 The lack of professional drivers, which the whole of Europe is facing, does not seem to affect the Lithuanian carrier. The company already employs 13,000 drivers. According to Girteka Logistics, the target of 20,000 drivers by 2021 is on track.

4 years ago a new branch of the carrier was established in Smolensk, Russia. A year later, the company registered its first truck with Russian registration numbers. Now Anton Barabanshchikov, the 13,000th driver of Girteka, has started working here. He has joined the group of over 2,000 drivers employed in the Russian branch, where also 150 administrative employees are employed.

I was impressed by the brand new fleet of the company. I decided to give it a try. I went to Girteka’s HR department, submitted my documents and… I was hired,” said Anton Barabanshchikov during the award ceremony in Smolensk. 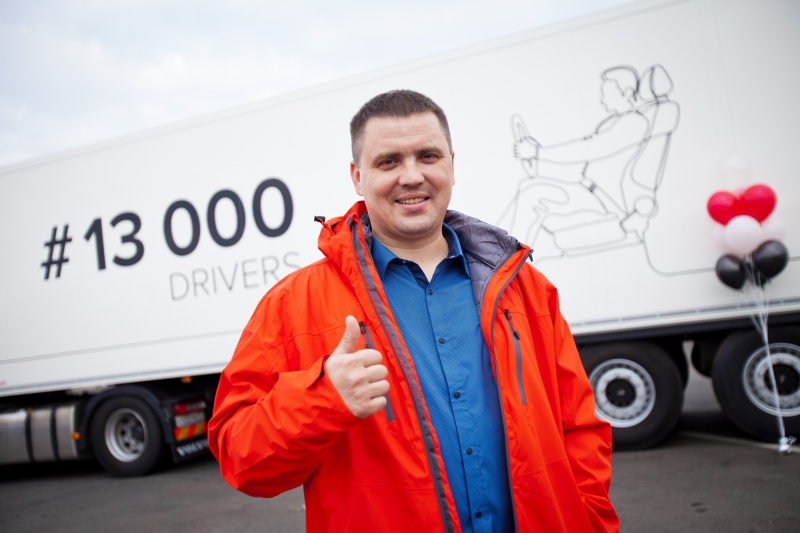 Truck drivers in Lithuanian companies earn about €60-70 per day, excluding base salary. In Girteka the rate depends on the direction. In Lithuania, drivers receive about €65, in Poland €64 in single and €68 in double cast, but in Poland, drivers can only drive in the 4-week system for the time being.

At the moment, the company’s fleet consists of 6,700 trucks and 7,000 semi-trailers. The Russian branch has 1,500 vehicles, while the Polish branch has over 100 vehicles. There are 219 drivers working in Komorniki near Poznań.

The team of Smolensk

Where do they get the drivers from?

While the majority of carriers in the European Union complain about the lack of staff, the Lithuanian company openly boasts that it is not affected by this problem. In August 2018, the company held a similar ceremony to mark the employment of its 10,000th driver. In less than a year and a half, the carrier employed another 3,000 drivers, not counting administrative staff.

We are developing a completely different business model than our major foreign competitors such as DSV, DB Schenker, DHL and Kühne & Nagel. We invest in our own fleet and our own drivers,” said Kristian Kaas Mortensen, Girteka’s communications manager.

The company’s representatives claim that the increase in the number of drivers is largely due to the recommendations of already employed people. They attract their acquaintances and relatives to the company. The more people the company employs, the more people are applying for a job. Moreover, Girteka can afford to employ less experienced drivers because other drivers can train them, for example during work in a double cast.