Mindaugas Paulauskas, CEO of Girteka Transport, has confirmed via LinkedIn that the road transport giant's “largest transport base" for its customers and colleagues will be at a former Man Bus factory near Poznań in western Poland. 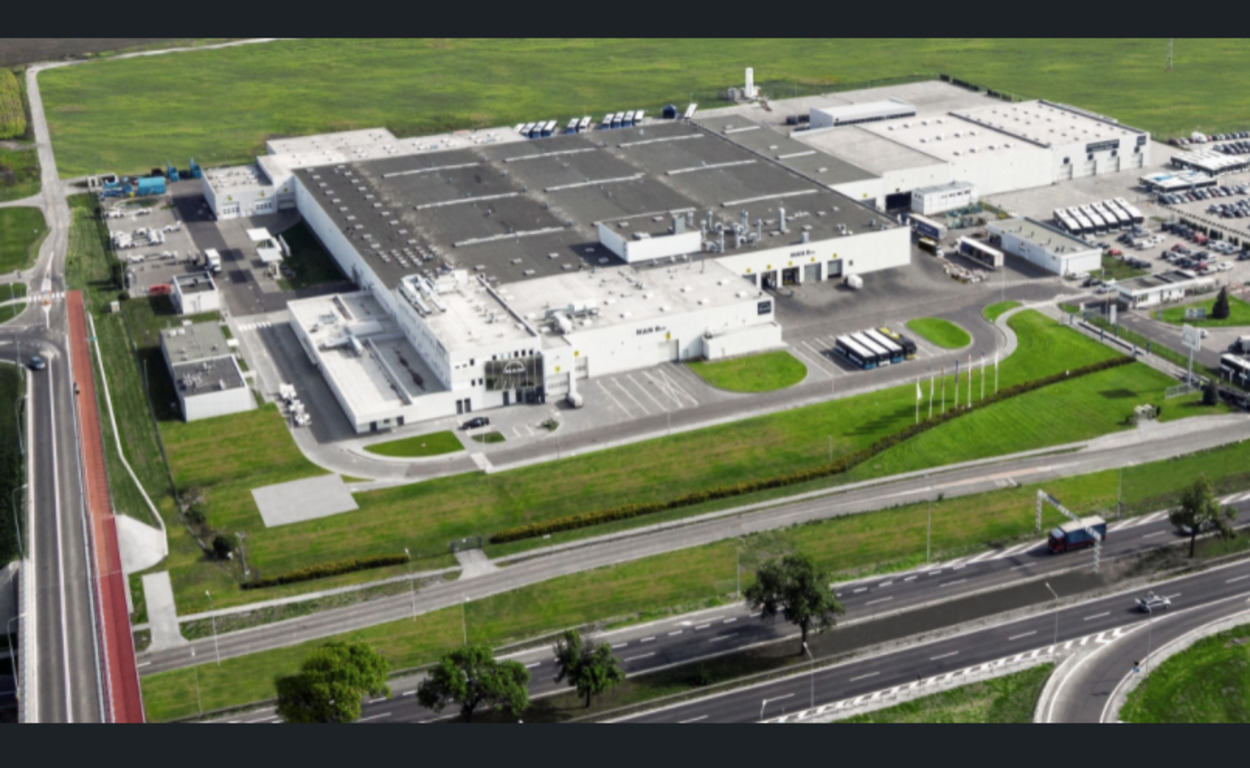 The site for the base is in Sady near Poznań, by the junction of the S11 expressroad and the national road No. 92 – roughly a two-hour drive from the German border. It also just happens to be across the road from a massive Amazon fulfillment centre.

The facility is 17 times larger than Girteka Logistics’ other Polish base, also located in Poznań. Moreover, it is larger in size and has greater capabilities compared to the company’s bases in Lithuania and Russia.

In tandem with the announcement of the new base, Paulauskas posted that Girteka Logistics is keen to recruit new drivers, as well as admin, finance and HR specialists. Paulauskas added that the facility will have a bank, barber, medical point and shower facilities all available on-site. In reference to this, the CEO stated “as always, we put our colleagues first”.

Seemingly keen to address accusations of poor working conditions at the company, Paulauskas’ statement on the Girteka Logistics website also suggested 4/5 drivers are happy working at the company:

“We are looking forward to create a large number of new workplaces providing probably the best working conditions possible. The newest fleet equipped with the latest technologies to secure both safety on roads as well as driver’s comfort allows our company to take lead in transportation market. And we are proud to say approximately four out of five drivers recommend Girteka as an employer to their friends. No doubt we are also looking for a number of transport service professionals inviting them to come work together with their families since the new base will also have a separate administrative unit of at least two hundred people,” said Paulauskas.

The new Girteka Logistics base in Poland comes amid clear evidence of hundreds of Lithuanian road transport companies setting up entities in the country.

According to Ignas Volbikas, board member of the Savesta Consulting company, which helps carriers settle in Poland, a record number of transport companies were established in Poland in the first 9 months of the year. Between January and September, the amount of Lithuanian hauliers with entities in Poland exploded from 100 to 500.

Why are Lithuanian hauliers flocking to Poland? 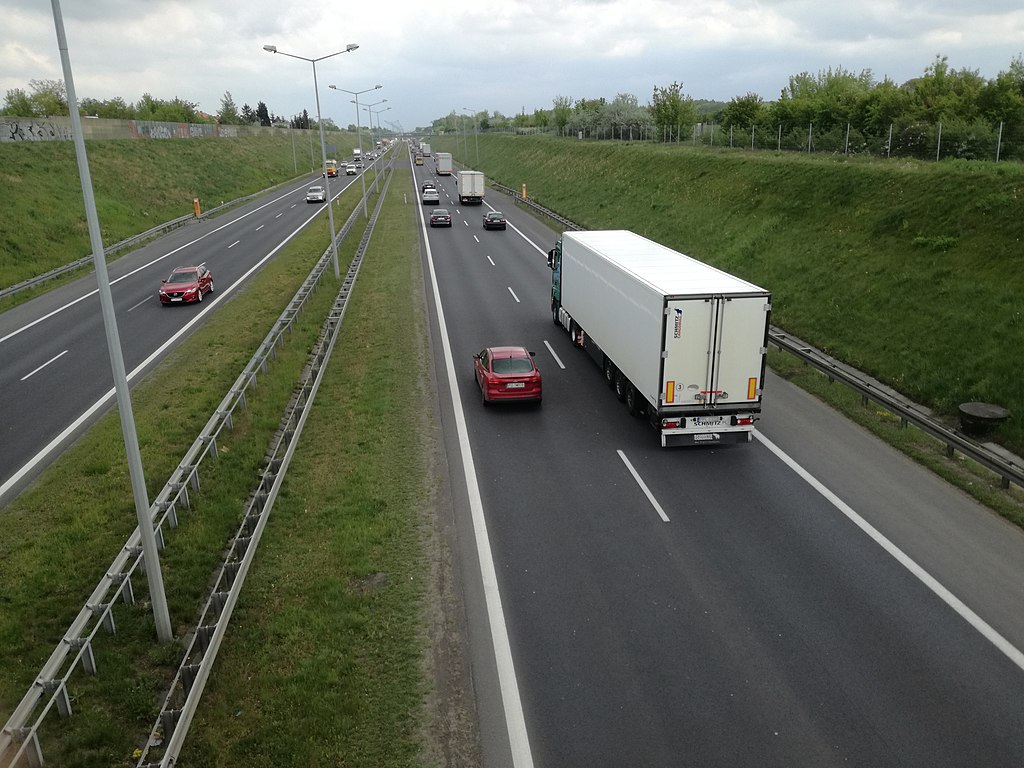 Kazimir Narkevičius, director of the Nordic-based transport company Nordic Trucking Logistics, has said his company’s decision to continue operating in Poland was prompted by attractive insurance rates, the tax environment and the simple employment procedure for third-country nationals.

Since then, the Polish Parliament has begun the process of implementing new laws that would make it even easier to employ people from third countries such as Ukraine and Georgia.

The development comes as Lithuanian hauliers continue to complain about a lack of drivers and the limitations the Lithuanian Government has placed on fast-track work permits for non-EU and EEA truckers.

The transport industry received an annual quota of 11,600 work permits for drivers from third countries, but carriers had already used this up by May. Although more third-country drivers can still be employed and eventually receive permits, the process is not nearly as fast.

Lithuanian hauliers are also furious about a new law in the country that is to make cash payment of salaries illegal from January 2022.

The legislation was introduced following a damning documentary that accused major hauliers from the country of using cash payments in order to facilitate the underpayment of drivers from 3rd-countries. It was alleged that road transportation companies exploited the fact the drivers did not enjoy the same rights as EU/EEA citizens, and used cash payments to hide illegal deductions that were made in the event of accidents, delays or fines.

Although Girteka and others all strictly deny the allegations, the organisation that represents the country’s haulage industry, Linava, has expressed clear opposition to the legislation that bans cash payments.

When the legislation was voted through in July, Artūras Telmentas, a representative of Linava, Lithuania’s national association of carriers, argued that many drivers prefer to receive wages and daily allowances in cash, and that it makes life easier as they don’t have to drive around looking for an ATM. Telmentas also claimed that although the industry is in favour of change, it must be “implemented gradually, in preparation and in consultation with business, in search of compromises, not in a hurry.” Moreover, in a statement, Linava argued that drivers should be able to receive salaries in cash if they prefer, and stated that IT and banking systems in the country are not ready for such a change.

Backers of the bill nonetheless pointed to a survey of lorry drivers that showed 90% of respondents want salaries to be transferred to their accounts.

In light of this, it is interesting that of all the amenities and facilities that could be incorporated into Girteka Logistics’ new base, one of the four items mentioned by Paulauskas was a bank. Naturally, there may be limitate reasons for having a bank on site, just as the nearby Amazon fulfillment centre has an ATM. Even so, with card payments in Poland now accepted in the vast majority of Polish businesses, and online banking the norm, observers could be forgiven for being sceptical as to what purpose the on-site bank will predominantly serve.

Another reason for the growing interest in Poland, not only among Lithuanian hauliers, is said to be the incoming requirements of the Mobility Package. Under the rules, every 8 weeks, trucks must return to their base. Moreover, the driver must also return to his employer’s operational centre or place of residence. This has presented challenges to Central and Eastern European hauliers accustomed to conducting transport in more lucrative western markets.

One way of getting round this issue is to set up an operational base in the west of Poland. Such a facility allows hauliers to take loads into lucrative markets, perform cabotage and then return to their Polish base near the German border. At the same time, the drivers, whether from Poland, the EU or third-countries, can either serve obligatory rest periods at home or in the accommodation provided at the base.

There are now a number of examples of these mobility package-inspired bases or hotels being set up, and some road transport companies have been completely open about their intentions. A case in point is Hegelmann, whose Polish subsidiary is to move into a new operational centre built on an 11.6 ha plot that’s just a 20-minute drive from the German border.

As we reported back in July, the centre includes a “comfortable hotel” offering over 750 beds. The rooms were designed according to the requirements of drivers returning from European routes, who need to observe their obligatory rest periods in suitable accommodation outwith the cabin. A further advantage of the hotel is the separate, high standard commercial space intended for business partners, carriers and other transport companies.

“There is no other investment like it in Poland. We are building our own operational centre primarily with a view to ensuring the comfort of our employees. However, we have been observing the situation of the transport industry in Poland as a whole. We are considering market needs and the difficulties faced by smaller transport companies in meeting the requirements of the mobility package, which is why we have decided to give access to the centre to all drivers and entities, also our competitors,” Hegelmann Poland CEO Fedir Yurkevychm said following the announcement regarding the company’s new facility.

Another example is Dutch firm Reining Transport, though their base is located in north-west Germany.

It appears that Girteka Logistics’ facility may well serve a similar purpose. As we referred to earlier, it is just a couple of hours away from the German border.

In a statement published yesterday, Girteka Logistics also confirmed it currently has 2,000 trucks registered in Poland. The company adds that it is “actively recruiting to achieve the ambitious goal to have more than 8,000 drivers at the base by the end of the year 2022.”

Nevertheless, unlike Hegelmann, Girteka Logistics made no reference whatsoever to the Mobility Package in its statement about the new base.

Article produced by Gregor Gowans with contributions by Dorota Ziemkowska and Artur Lysionok from Trans.INFO’s Polish and Lithuanian language services