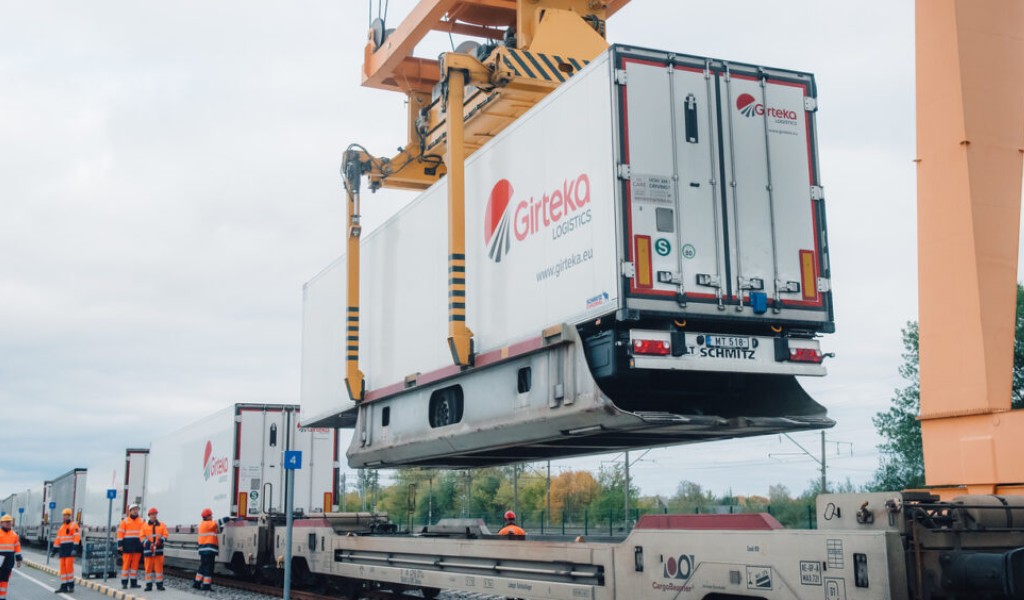 As part of its plans to transport more goods by rail, road transport giant Girteka Logistics has tested out a new intermodal terminal that links Lithuania with the Netherlands.

In order to make it possible to link Kaunas in Lithuania with the rest of Europe, the section between the new intermodal freight terminal and the Polish-Lithuanian border had to be transformed to the European gauge.

LTG Cargo Chief Executive Officer Egidijus Lazauskas believes the reconstruction of the railway to be one of the most complex in Lithuania’s history:

“We have been working for several years for the first freight train to arrive at KIT on the EU standard tracks. I will certainly not exaggerate to say that reconstruction of the Kaunas railway node and its adaptation to the needs of Rail Baltica was one of the most complex recent railway infrastructure projects in Lithuania.”

“The new intermodal terminal in Lithuania, now the most Eastern destination on European rail network, will strengthen our business proposition to our clients, as we are now able to offer a wider range of destinations covered by rail. It will also allow us to utilize a much more environmentally-friendly option to carry our customers’ goods since intermodal rail transportation is one of the most effective ways to reduce your CO2 emissions and as transportation company, we are actively looking for ways to reduce our environmental footprint.”

The test saw Girteka Logistics trailers leave Tilburg in the Netherlands on July 16th 2021. They arrived in Kaunas in Lithuania three days later.

Girteka Logistics plans to carry 20% of its FTLs by rail by 2025, as the company looks to continue to reduce its emissions going forward and expand its intermodal rail capacity.