A representative of Kent Resilience Forum has had the nerve to blame lorry drivers for exacerbating the traffic problems in around Dover in the last few days. P&O's continually suspended services, as well as sailings cancelled due to bad weather, are believed to be the two main factors that have caused gridlock in the area around the UK's busiest port. Added passenger traffic and GVMS system problems haven't helped either. However, amid all this, Toby Howe from the Kent Resilience Forum has somehow managed to foot considerable blame on lorry drivers. 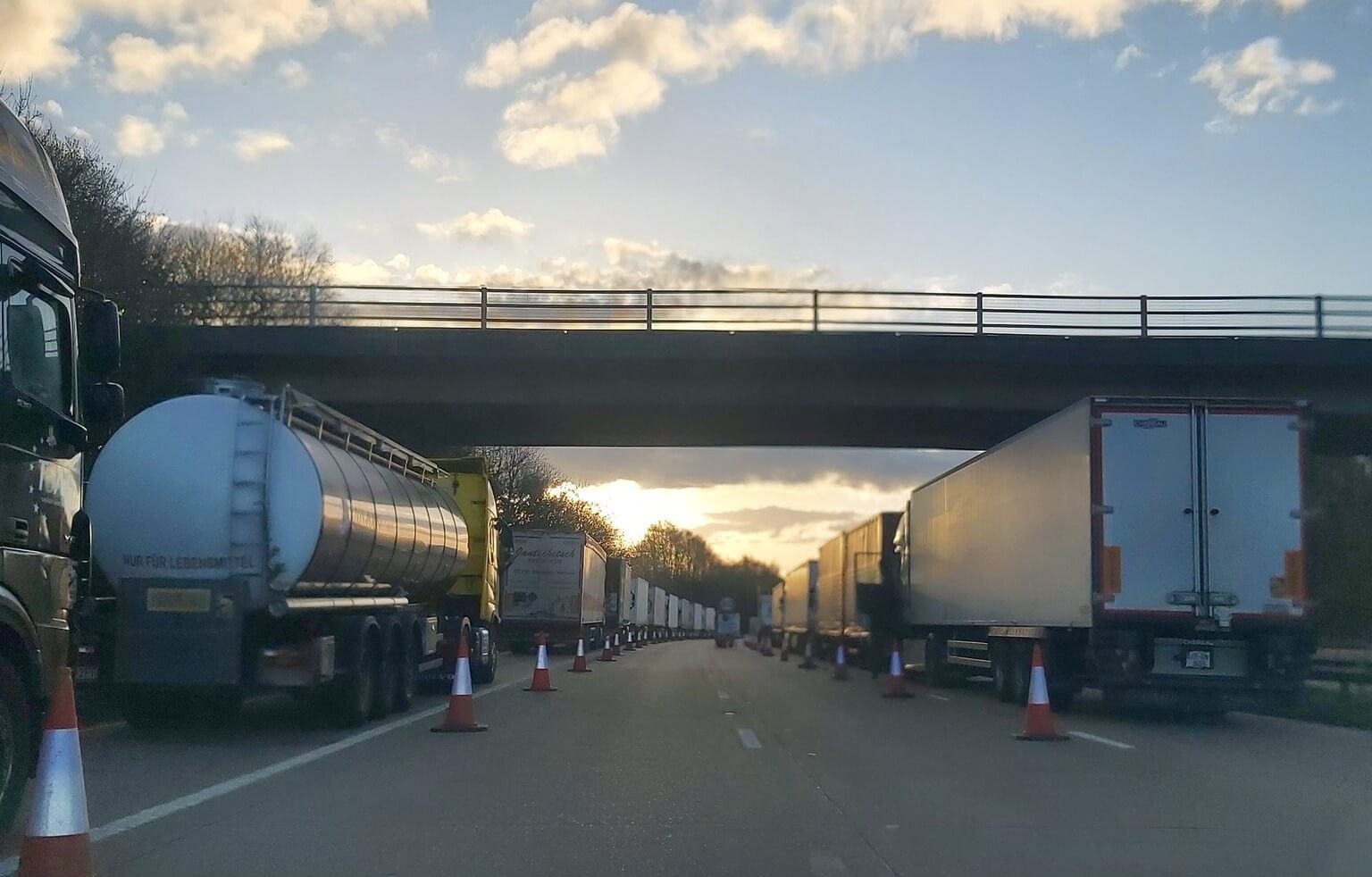 The disruption caused by the aforementioned problems was there for all to see yesterday, with some lorry drivers and motorists stuck in jams for hours on end.

The sheer length of some of the queues was caught by Sky News cameras yesterday. Such was the extent of the problem, Operation TAP and Operation Brock had to be activated, both of which reached capacity.

Carnage everywhere in Dover. People were making their frustration known in the Eastern Docks below me. pic.twitter.com/77L1HMkFph

The disruption inevitably saw drivers breach their permitted driving times, while others had no option but to spend the night in their weekend rest in the cab. One trucker told the BBC that lorry drivers had been treated “like animals”, while another told Kent Live “there’s absolutely nothing and no information at all.”

After 3 ánd half hour waiting🤗🤗👏 pic.twitter.com/xpXya4TW4h

Although the P&O and weather issues are the most significant factors contributing to the Dover logjam, the queues have once again cast light on the Brexit situation. It now takes 3 minutes longer for vehicles to cross the border according to the Chief Executive of the Port of Dover, which obviously does not help matters. Moreover, in the last few days there have been problems with the post-Brexit GVMS system.

Commenting on the GVMS issue on its Facebook page on Wednesday, Whites Transport Services said:

“So the GVMS system has crashed. This is needed for trucks to leave or enter the UK. When you register it gives you a barcode like this. But as it’s crashed we are allowed to enter & leave without one, making me question what use it has in the 1st place another pointless exercise just like the Kent Access Permit.”

Templar European Logistics also noted the GVMS issue on its page on Thursday:

“WTF is happening …..how can it take 30hrs to get across the channel. Add to that the GVMS website has been down for days. These delays costs the haulage industry millions and it just gets worse and worse. First fuel and now this.”

Although trucks are still being allowed to cross into Britain without a GVMS while the system is down, according to ITV News, they are being instructed to report to the Inland Border Facility at Sevington. That inevitably means more delays and disruption.

Unbelievably, amid all of this disruption, Toby Howe from the Kent Resilience Forum has had the nerve to blame lorry drivers. Speaking to BBC South East, Mr Howe said that “impatient” truck drivers  who tried to avoid Operation Brock and Operation Tap had caused congestion problems on alternative routes:

„There is a traffic management plan in place which controls freight getting to Dover. We then had lorries getting very impatient and avoiding that. That’s what caused the problem.”

Meanwhile, it still remains unclear precisely when P&O’s Dover-Calais services will resume. Doug Bannister, head of the Port of Dover, told the Guardian on Saturday: “We hope they get them back sailing again in time for Easter, if not in time for the summer.”

At the time of writing, the weather problems have subsided and both Irish Ferries and DFDS services are back up and running. However, as one would expect, there are still queues, and the same goes for the channel tunnel.