Protests in Ireland over high fuel prices are set to cause traffic disruption nationwide today. Meanwhile, a protest against low lorry driver wages is also due to affect traffic flow on some roads in France. 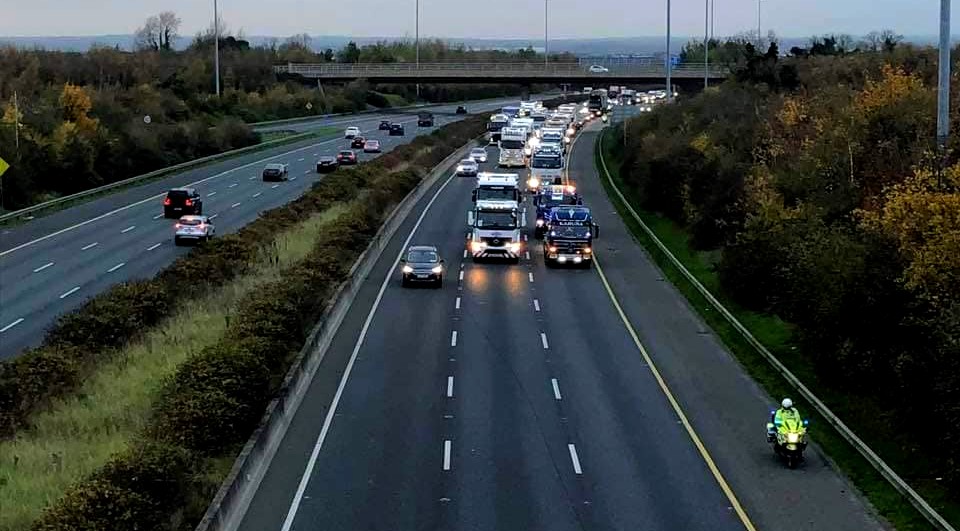 As we reported last week, the ‘Irish Truckers & Haulage Association Against Fuel Prices’ are today organising a second protest against high fuel prices in the country.

“Complete stop tomorrow and we are not leaving the Capital until we get answers. We have been failed continuously by our Government and the IRHA. We pay enough, we keep this country moving and we get nothing back in return. Haulage is a dying game with no incentives to become a driver. Numbers are short already and we have companies closing down day by day due to the soaring costs from fuel costs. We need to save this industry before it’s too late,” said the group yesterday.

Posting on Facebook earlier today, the group emphasised that there plan is to block Dublin port via the following routes:

“When you stop don’t move for the day. Make sure to give way to emergency vehicles and keep it safe. We want a peacefully protest let’s do this together,” says the protest group’s Facebook Page.

Farmers, who are also taking part in the protest, are headed towards distribution centres in a bid to cause disruption and raise awareness about the high fuel costs they are experiencing.

This morning there were already reports that the protest was causing traffic disruption on the M50 and the M1. The Irish Examiner also reports that city-centre retailers in particular are angry about the protests and are now losing sympathy with hauliers over the fuel issue.

Meanwhile, a few protests are due to affect traffic in France. CDFT, one of the country’s road transportation unions, is dissatisfied by the lack of a positive outcome on negotiations over lorry driver wages.

In an action described as a  “warning shot”, slow-moving truck convoys were planned to hit the A13 motorway this morning. Belgium’s haulage association has also warned of disruption caused by truckers handing out flyers on the RN225 near Dunkerque and the roundabout by the Lesquin logistics centre south of Lille.