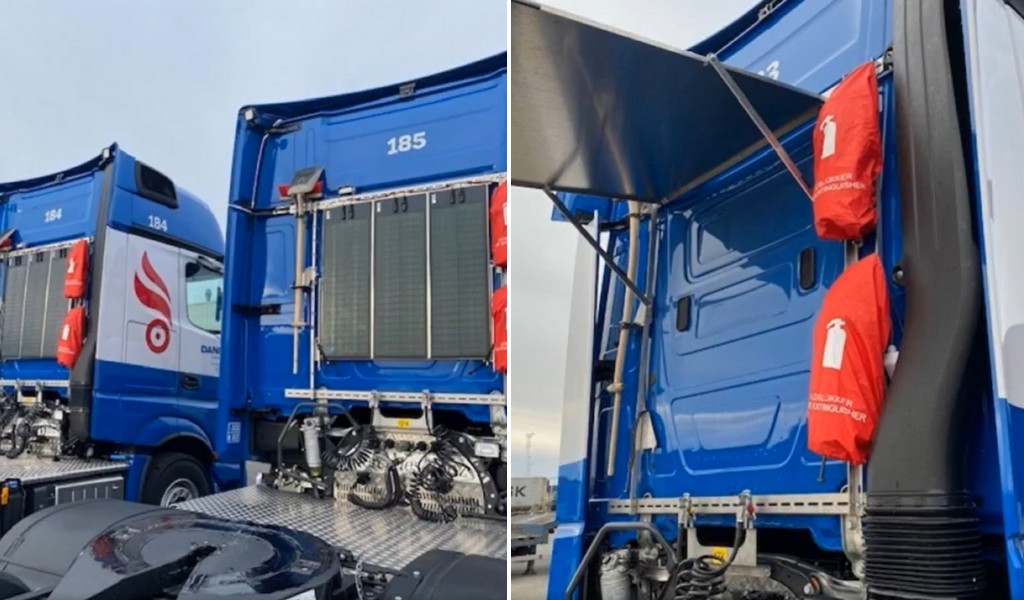 The panels improve fuel efficiency and also allow provide more power for drivers to use during weekend rest periods.

According to Dania Connect, the first tests showed the trucks are as much as 38% more efficient than others in its fleet. It is also estimated the solar panels will mean the trucks require 150 litres less diesel per year.

Dania Connect say the solar cells produce power that’s directed to the truck’s heater/air-conditioning instead of its diesel engines.

In addition, it provides less wear on the generator and minimizes starting difficulties caused by a lack of power from the battery.