Amid the UK's driver shortage and supply chain crisis, drivers and hauliers across Britain have called for the unpopular CPC training to be suspended or scrapped. However, the legal text of the EU-UK trade agreement shows that both parties are obliged to adhere to an agreed set of rules on CPC training. 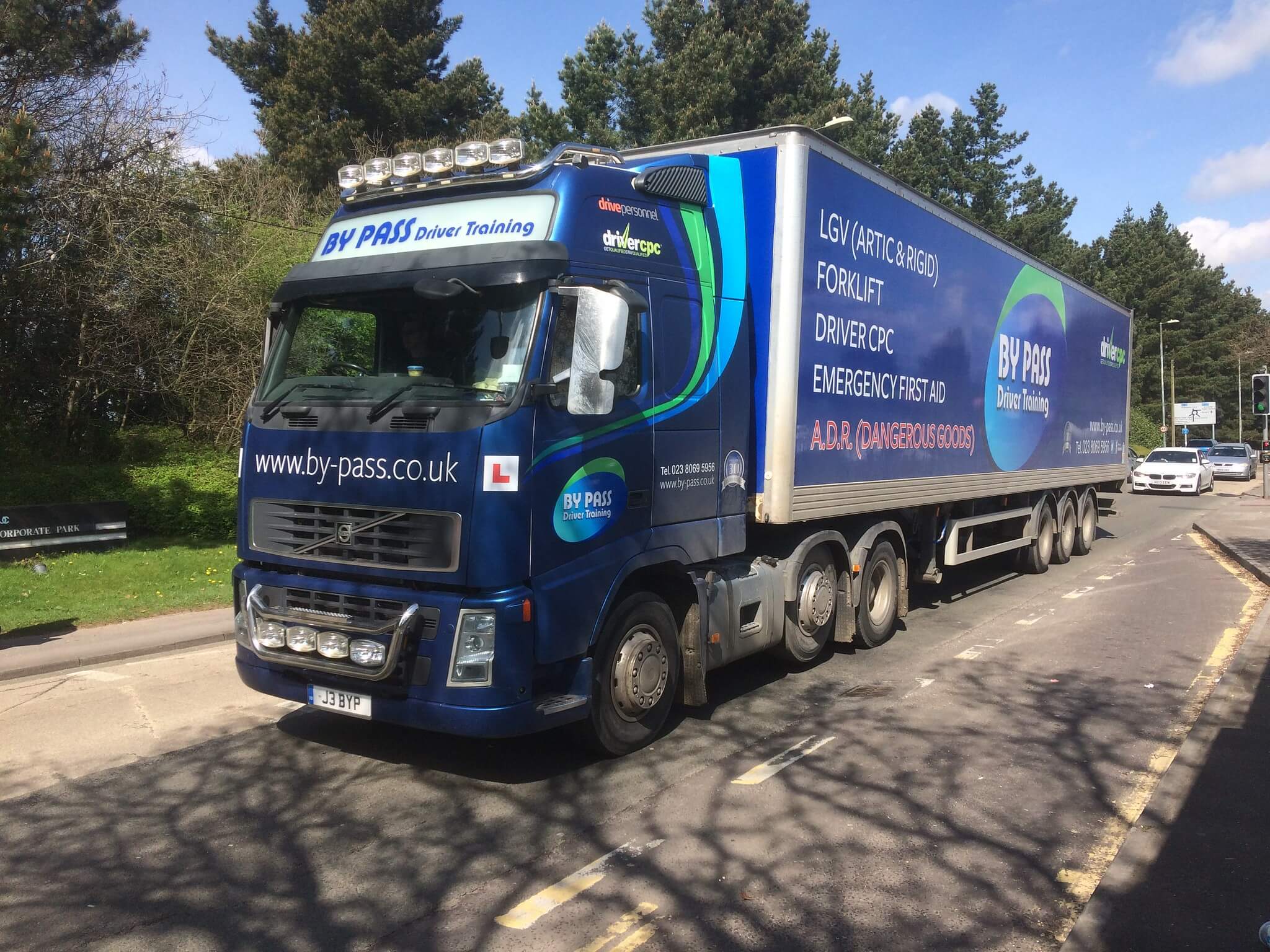 As the UK Government website explains, drivers of buses, lorries and coaches must do 35 hours of periodic training every 5 years to keep their Driver Certificate of Professional Competence (CPC).

However, many drivers and hauliers, as well as the RHA’s Policy Director, Duncan Buchanan, either want the CPC suspended or scrapped. They argue that the unpopular training puts drivers off and is one of the factors behind Britain’s driver shortage.

Govt extending ADR driver licenses is welcome. Need to do same for Driver CPC urgently. Nothing will do more to keep UK drivers in the cab. Also, for those with lapsed CPC, allow drivers to do 1 module, for 1 year validity to get them back. @grantshapps @CharlotteV @RHANews pic.twitter.com/JiIyrGzNFG

In addition, writing on Twitter, British road transportation and warehousing company Transservice Group claimed that the CPC has no purpose and that it should be suspended to encourage drivers back into the profession.

Suspended Driver CPC to encourage HGV drivers to stay and to come back!
It serves no purpose!
Drivers see no point and hate it!
It takes them off the road!
It’s too costly! https://t.co/rXsQFPtAit

“There are safety question marks over the government’s approach here, but a moratorium on the EU’s Driver CPC directive would be a safe and quick-fire route to get our experienced, but lapsed, drivers back behind the wheel. It was an EU regulation that was responsible for an exodus of drivers in the first place when it was introduced in 2009.”

One driver also took to Twitter to say his CPC had expired, and that he has no time to attend the necessary training course while he does his current job.

Many received one of those today, me included. My DCPC has expired and I don’t have the time to attend the 5 x Day long courses at the moment , maybe a couple per month because of my main job. Numerous occasions it has been suggested that a delay or staging of renewing would help https://t.co/ygf2Vc4EAj

However, as mentioned earlier, the legal text of the UK-EU trade agreement championed by Prime Minister Boris Johnson obliges both parties to adhere to CPC rules.

In the section of the trade deal document titled “Requirement for drivers involved in the transport of goods in accordance with article 465 of this agreement”, Articles 1,2,3,4,5,6,7,8 and 9 spell out the rules that both the UK and the EU must adhere to. 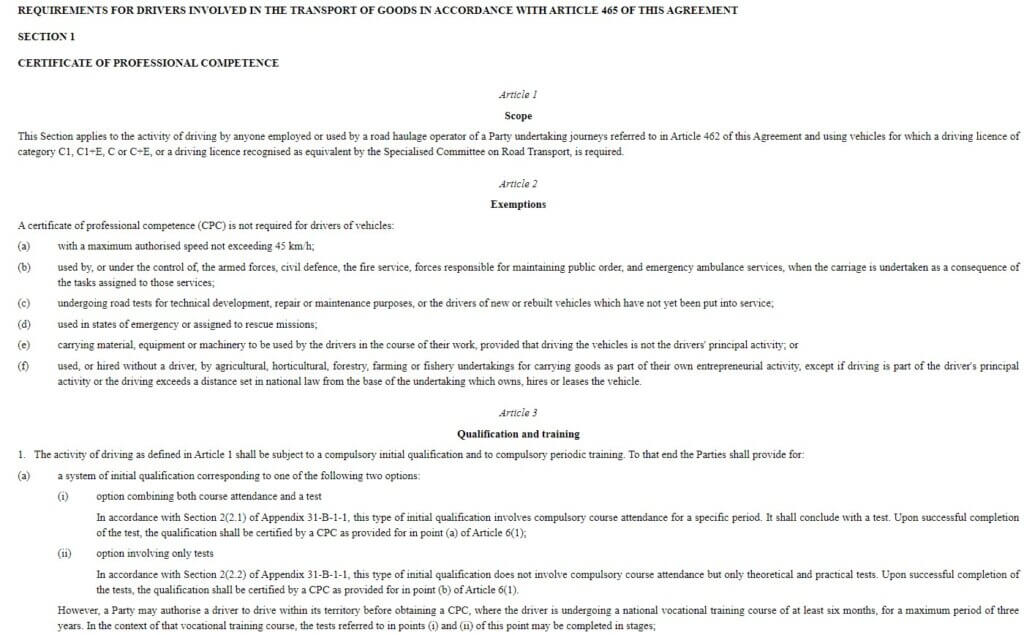 Therefore, it appears that the UK is simply not able to unilaterally suspend or scrap CPC without breaking the rules of the agreement.

On the other hand, one thing the agreement does allow, as the fragment of the trade deal below shows, is a two-year extension of the 5-year period after which a driver should undergo his/her first course of periodic training:

Although this would not be as influential a step as suspending CPC training altogether, it could at least allow a few more drivers to get back on the road without having to do the CPC training straight away.