According to the head of the international forwarding association ELVIS, the entry of the Lithuanian transport giant to the German market is not a cause for concern.

For now, it is not known how many vehicles Girteka has registered in Germany, or where the company’s headquarters will be located. It is certain that the license plates of trucks of the Lithuanian giant will have the letters „SL” registered in Flensburg in the Land of Schleswig-Holstein.

This step is not a surprise for us,” comments Jochen Eschborn, head of ELVIS, on Girteka’s entry into the German market.

– In recent years, many enterprises from abroad have entered the German market and some of them have disappeared – adds in an interview for the German portal eurotransport.de.

If you look from the outside, the German market may seem very attractive because of its potential and location in the center of Europe.

But if the company competes with German carriers on the same terms, observing the minimum wage and other regulations and encountering restrictions, such as the lack of drivers – it turns out that it requires a lot of effort to succeed here,” emphasizes Eschborn.

Lack of drivers inhibits the development of German transport

Eschborn does not share Girteka’s opinion that 20 percent of vehicles remained unused due to lack of drivers in Germany. According to him, it is a question of quality and qualifications of employees and problems with occupancy caused by holidays, sick leave or unforeseen events. According to the head of ELVIS, that’s what is holding back development.

Carriers would like to expand the fleet, but they cannot,” he comments.

Cooperation between ELVIS and Girteka?

ELVIS has over 180 partners in over 20 European countries with a fleet of around 17,000 trucks. Girteka owns almost one-third of this (5,000 tractors and 5,500 semi-trailers). Eschborn thinks that his partners and Girteka do not have to compete with each other and should rather cooperate.

Cooperation is our success, we believe in cooperation and that’s why we are always open to talks,” emphasizes Eschborn for eurotransport.de.

As he pointed out, two the involvement of both sides is necessary. For now, however, it is still too early. 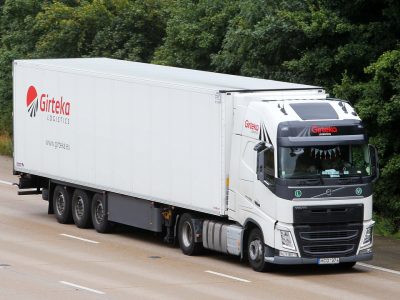 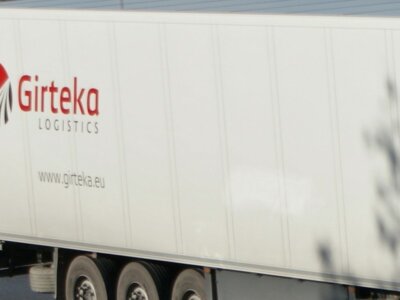