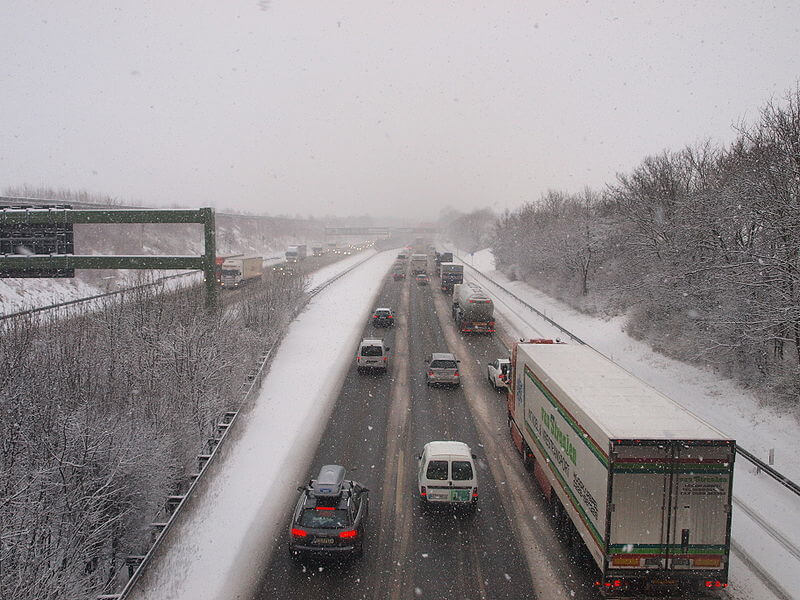 Severe winter conditions have caused havoc on many roads in Germany, with snow and ice resulting in accidents (and in some cases grounded trucks) on the A1, A2, A4, A5,A7 and A9 motorways.

There have understandably been issues on B roads too. As seen in the image embedded below, a truck crashed into a BMW and veered off the road on the B19 due to black ice. Sadly, both drivers suffered serious injuries and had to be taken to hospital.

On the A7 motorway between Kircheimer Dreieck and Homberg (Efze), black ice and snow also resulted in 30 trucks being grounded. Fortunately, in this case nobody has been seriously injured.

The winter conditions caused problems on the A9 too. On a stretch of the motorway in the Saale-Orla district, a truck apparently skidded and crashed into the guardrail. That then sparked an accident involving another 4 cars.

On top of that, a truck slipped into a ditch and overturned on the A2 between Peine and Braunschweig last night. On the A1, the Osnabrück-Nord exit was also closed because of a jackknifed truck.

According to focus.de, trucks over 7.5 tons are not permitted to drive on the autobahn in the East Westphalia region for the rest of today. The police in the area have also urgently appealed to motorists to avoid the roads and stay home.

Meanwhile, hessenschau.de writes that car accidents also occurred last night on the A4 near Friedewald (Hersfeld-Rotenburg) and the A5 near Alsfeld (Vogelsberg).

DWD, the German Weather Service, has issued an extreme weather warning, saying emergency crews have been put on standby.