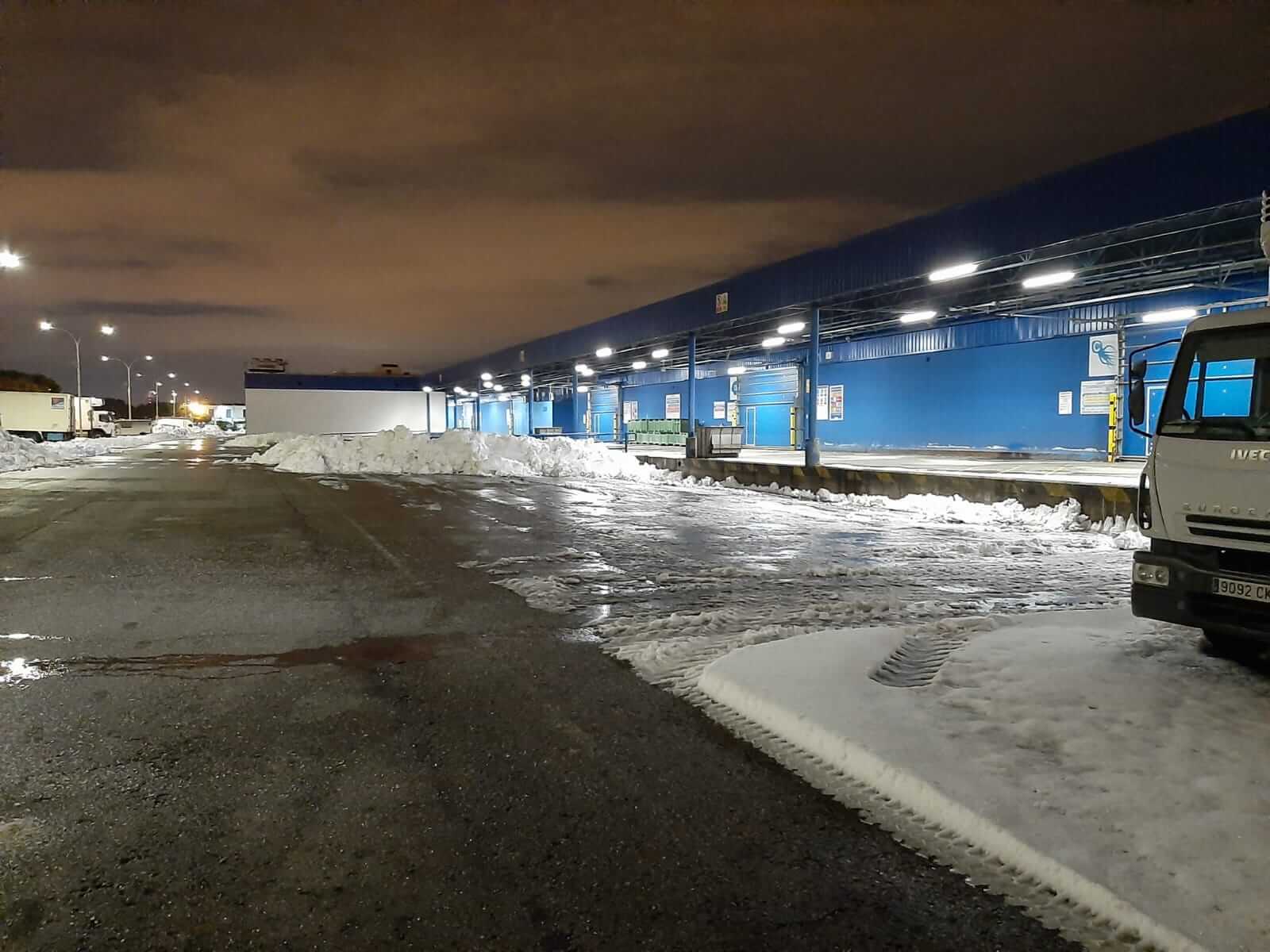 More than 11 thousand lorries ended up getting stuck in the snow last weekend.

Although most of the HGVs were rescued by Sunday afternoon, the effect of the delay was evident early in the morning; many supermarkets in the Spanish capital had suffered food shortages because the lorries simply couldn’t get there on time.

The problem wasn’t only visible in Madrid either; cities like Bilbao were hit too. In a bid to get their deliveries delivered to branches across the country, some large supermarket chains used smaller trucks and vans to pick up loads.

Various sources reported that about 1,000 trucks from Andalusia were stranded on the roads as a result of the rare snowfall. About 40 of these HGVs still hadn’t reached their final destination in Bailén by yesterday evening, though they are expected to arrive today.

Mercamadrid, the main market for perishable products in Europe, and the second in the world, supplies 12 million consumers across A 500 kilometre radius. It was able to open its doors this morning, however, stocks still haven’t returned to their normal, reports abc.es.