High fine for a trucker who used tear gas. Where else will you get punished for using it? 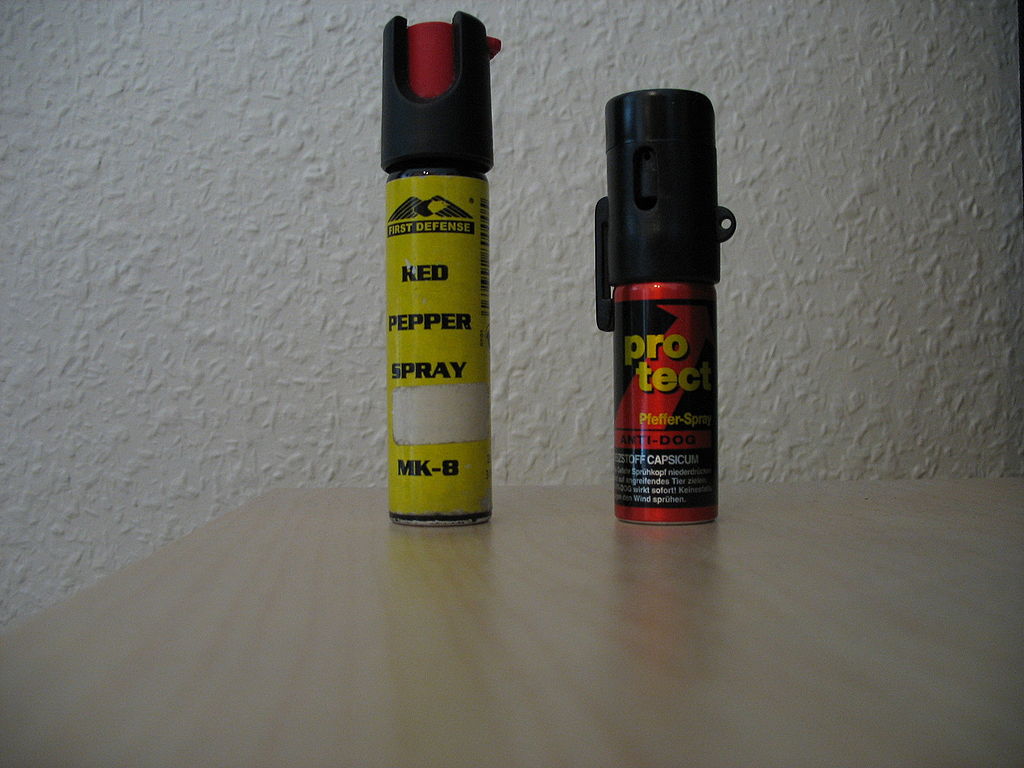 Last week, a Franch driver used tear gas during a quarrel with another trucker. He was punished with a heavy fine because British law on the possession of weapons and other tools for self-defence is one of the most restrictive in Europe. However, in some countries, possession of gas is not prohibited.

At a parking lot in the city of Huntingdon, a 29-year-old Yoann C.  had an argument with another truck driver. The incident took place after the Frenchman parked too close behind another truck who almost hit Yoann’s vehicle when trying to reverse.

According to the testimonies of the witnesses, the 29-year-old approached the cabin of the fellow truck driver and began spraying an unspecified liquid towards the driver’s window. After testing the container, firearm experts confirmed that it was tear gas. The accused truck driver admitted to spraying gas, for which the court punished him with a fine of 1 thousand pounds.

Thankfully, nobody was hurt on this occasion, but I hope this can be a warning to other HGV drivers and visitors that ‘personal defence’ sprays are illegal in the UK and will not be tolerated,” said Commissioner John Whitworth for The Hunts Post.

Although the Frenchman could legally acquire and own tear gas in his homeland (with a capacity of up to 100 ml), in Great Britain CS gas is banned under the Firearms Act of 1968.

The fine received by the Frenchman for the possession and use of tear gas is still less severe than the sentence heard in 2016 by a Polish trucker for having a taser. In December 2015, officers from the port of Hull detained a Pole in connection with possession of illegal weapons. His trial ended in June 2016. The man was then sentenced to 9 months in prison, suspended for 18 months.

How to defend yourself in the United Kingdom?

The British gun ownership law is one of the most restrictive in the world. There are very few items that can be legally used in the UK for self-defence. Tear gas and pepper gas are illegal. It’s not only about using, but also buying and possessing such equipment.

In the United Kingdom, it is permissible to have a knife or penknife. However, the length of its blade cannot exceed three inches (7.62 cm).

In addition, a spray with red paint is recommended in the UK. It serves more to mark the attacker. The paint stays on the skin for a few days, thanks to which the police have the opportunity and time to capture the criminal.

Specialists in self-defence also recommend the use of special flashlights that are designed to blind the opponent.

Use of gases and stun guns and other countries

Pepper spray and tear gas in Austria are available without permits. The minimum age to buy and own is 18 years.

In the Czech Republic, as in Poland, the only restriction for possession and purchase of pepper spray is age. The required minimum is 18 years.

To buy and have pepper spray in Finland, you must obtain a permit. However, it must be duly justified.

In France, pepper spray and tear gas are legal. The only condition that must be met to purchase it is the minimum age – 18 years. When purchasing, you must confirm your identity by presenting your ID card. In addition, the volume of the gas container must not exceed 100 ml. Larger sprays are subject to gun regulations.

In Spain, it is allowed to have pepper spray with a content of max. 5 per cent of tear gas, which has been approved by the Ministry of Health. In order to legally buy and own it, you must be at least 18 years old.

Other types of gases are illegal in this country.

In Germany, pepper and tear gases are generally allowed, provided that they are used in self-defence against animals (in which case there is no minimum age limit). To use it against people, the owner must be at least 14 years old under German law. However, there must be a threat to health or life.

In addition, it should be remembered that the pepper spray must be marked appropriately, the container must have a clear indication of the purpose against animals. Gas without labelling or with a peel-off or damaged label is forbidden.

In Russia, possession of pepper spray is not subject to the regulations on firearms and is legal. People who are over 18 years of age can use it for self-defence.

Pepper spray in Sweden can be bought and owned only by people with a gun permit and authorized uniformed services.

Pepper spray is a legal means of self-defense. Its volume cannot, however, exceed 20 g. Acquired and owned by adults only.

In Italy, pepper spray can be purchased only if you have obtained a gun permit. Means of self-defense of this type are subject to the provisions on the possession of weapons.

Countries that prohibit the possession of pepper spray

Outside of Great Britain, possession of pepper spray is prohibited by law in: Belgium, Croatia, Denmark, Greece, the Netherlands, Ireland, Iceland, Luxembourg and Norway. In these countries, only uniformed services may use this measure.