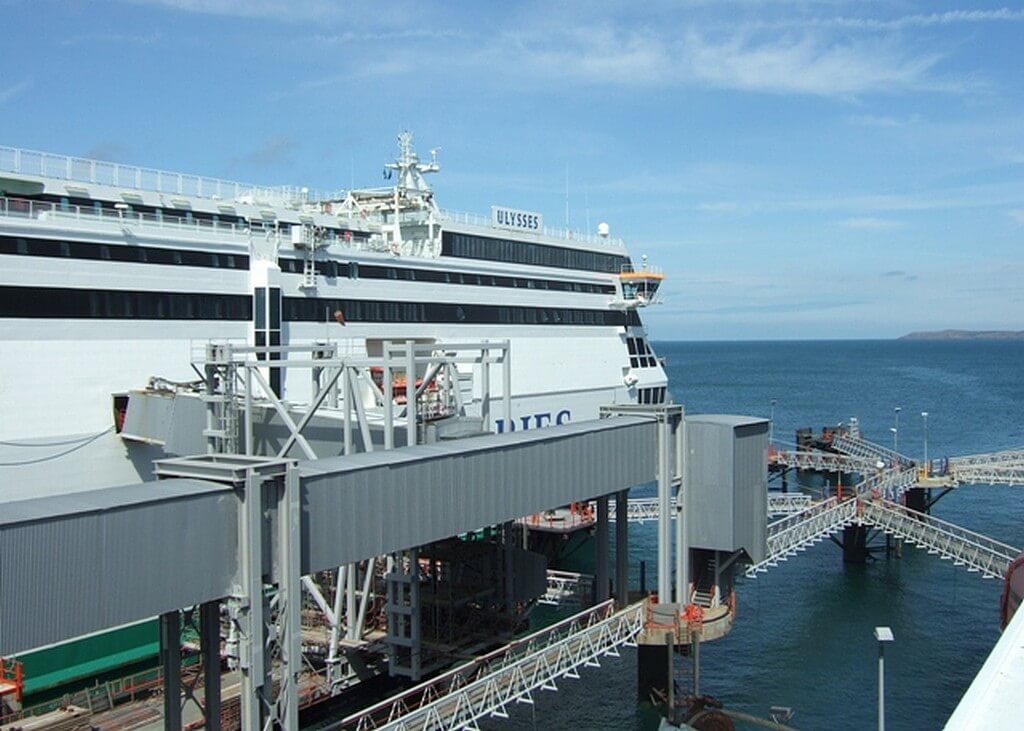 Stena, who own Holyhead port in Wales, have said that the port’s lorry traffic has dropped to just one third of its usual capacity since the UK left the European Single Market last Friday.

Ian Davies, Head Of UK Port Authorities at Stena Line, told the BBC yesterday that Holyhead was operating at about 30-40% of its capacity.

„We’re operating probably only about 30 to 40% capacity – the two ferry companies are very quiet. We have routes that go directly between France and Ireland. It has grown in popularity, we’ve doubled the capacity available, but it’s really an uncertain market.”

Davies went to explain that Brexit stockpiling in December as being one of the main reasons for the drop. Before the end of the Brexit transition period, the port was taking around 12,500 freight units a week, roughly 3,500 more than usual.

The latest vessel to arrive to Rosslare Europort for the first time, the MV Visby is pictured beside the MV Horizon and MV Foreteller, before sailing this evening to Dunkirk. 🛳🛳🛳 #staysafe #congestionfree #beatbrexit pic.twitter.com/kem5gbBAzG

As Davies says, Irish hauliers have been choosing to use the direct services between France and Ireland since the turn of the year. However, the port authorities head said he believes that the benefits of the UK landbridge are „huge”, namely the speed of the route as well as the lower cost.

Therefore, he expects more hauliers to return to using the route once they are confident the customs processing between Dover and Calais is up to speed.