From four to seven years – that’s how much a company has to wait for an electric delivery vehicle to become profitable. It all depends, among other things, on the daily distance covered and on whether a subsidy for an electric vehicle has been obtained.

It was the first such survey in Poland, but also one of the few in Europe. For seven weeks, the Polish Alternative Fuels Association compared the total cost of ownership (TCO) of Volkswagen e-Crafter and its conventional counterpart.

The costs were divided into two groups:

– the cost of purchasing vehicles, – deduction of VAT on the purchase and on fuel and electricity prices, – exemption from excise duty EV, – depreciation write-offs, – residual value (i.e. the value of the asset at the time of its resale)

Taking these costs into account, the researchers created a mathematical model, based on which they managed to calculate the total cost of ownership of both vehicles in several scenarios – reads the report created by PSPA.

What are the scenarios? There are four scenarios that consider, among others, the distance covered, the subsidies received and the exemption from excise duty, which is illustrated in detail in the graphic below.

But mathematical models are only the beginning. Practical tests in the typical daily work related to city logistics services were of key importance.

During the first three weeks, the delivery vans took goods from IKEA stores to customers, and during the next three weeks – cargo from warehouses owned by the logistics operator of the H&M chain to one of the Warsaw stores.

During the 6 weeks of the survey, both vehicles covered a distance of more than 3,600 kilometres and transported about 1,000 parcels with a total weight of more than 46 tonnes (approx. 100 orders per week for IKEA and approx. 5 deliveries for H&M). They spent about 250 hours at work, 40% of which were on the move, according to materials published by PSPA.

Each day the researchers carried out an average of 22,000 measurements. They checked data from GPS transmitters, recorded daily loading of vehicles, they also looked through forms which were filled in twice a day by the drivers (noting the initial and final meter status, the number of loadings or refuellings of the vehicle, fuel price and data from the on-board computers of the vehicles, among other things).

These will first get profits

Eventually, it was possible to calculate how many years after the purchase, the total costs of owning an electric delivery van and its equivalent with a combustion engine will be equal.

Under the adopted assumptions, the use of an electric vehicle in relation to a conventional vehicle becomes cost-effective over a period of use from 4 to 7 years. “In the case of logistics companies that regularly replace the fleet, the use of EV (electric vehicle – editorial note) turned out to be advantageous especially in scenario 4, where the daily distance of the vehicle was on average 170 km and a subsidy of PLN 36,000 was obtained,” says Łukasz Witkowski from PSPA.

In this case, the use of EV for 5 years already brings significant savings. 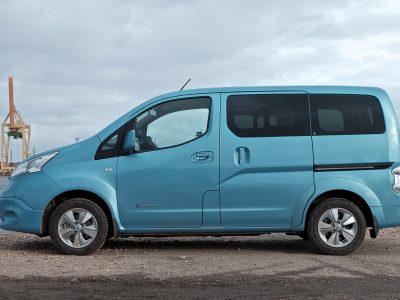 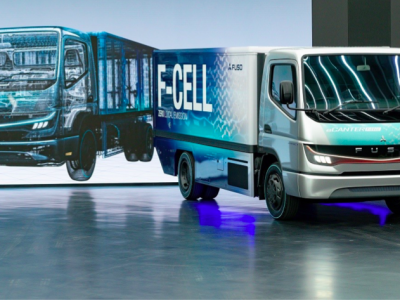 DPD UK ordered 300 electric vans
Mass production of electric trucks powered by fuel cells will be launched within...
Giants made a deal – oil production will fall