British hauliers can apply for ECMT permits between the 2nd and 20th of November to be able to carry out EU-bound international transportation from 1st January 2021, the DVSA has warned operators.

This is the place to find out what the ECMT permit is and how to get one.

EU-bound hauliers can apply for ECMT permits from 2 to 20 Nov – prepare now, don’t miss out.

You’ll be asked about your international trips and if they are transit or cross-trade.

What is an ECMT permit?

An ECMT permit is a certificate that allows hauliers transporting most types of goods through the ECMT (European Conference of Ministers of Transport) countries. These are all EU countries except for the following states: Albania, Armenia, Azerbaijan, Belarus, Bosnia and Herzegovina, Georgia, Liechtenstein, North Macedonia, Moldova, Montenegro, Norway, Russia, Serbia, Switzerland, Turkey, Ukraine and the UK.

Who can get an ECMT pemit?

There are 2 requirements to be eligible for a permit:

2. They must have Euro VI or Euro V emission standard vehicles (depending on the type of permit you’re applying for)

Who doesn’t need one?

According to the IRU’s guide, the following categories of transport are exempt from transport permit requirements:

1) The transport of goods by motor vehicles whose Total Permissible Laden Weight (TPLW), including trailers, does not exceed 3.5 tonnes.

2) The transport of goods on an occasional basis, to or from airports, in cases where services are diverted.

3) The transport of vehicles, which are damaged or have broken down and the movement of breakdown repair vehicles.

4) Unladen runs by a goods vehicle sent to replace a vehicle which has broken down in another country, and also the return run, after repair, of the vehicle that had broken down.

6) Transport of spare parts and provisions for ocean-going ships and aircraft.

7) Transport of medical supplies and equipment needed for emergencies, more particularly in response to natural disasters and humanitarian needs.

8) Transport for non‑commercial purposes of works and objects of art for fairs and exhibitions.

9) Transport for non‑commercial purposes of properties, accessories and animals to or from theatrical, musical, film, sports or circus performances, fairs or fetes, and those intended for radio recordings, or for film or television production.

12) Postal transport carried out as a public service

When can it not be used?

When you travel through a country which is not in the list or for cabotage operations.

How can you get the permit?

Hauliers must provide the following data:

NOTE! From 1 January 2021, the operator licensing requirements for journeys to, through or from the EU, Iceland, Liechtenstein and Norway will change. The Community Licence will be phased out and replaced with a UK Licence for the Community. The new licence and certified copies will be issued automatically and must be carried when driving abroad.

Hauliers can register their trailer to take it abroad HERE.

How much does it cost?

Each individual permit costs £20. Hauliers need to pay £10 immediately, and then another £10 to have the permit issued when their details have been checked. 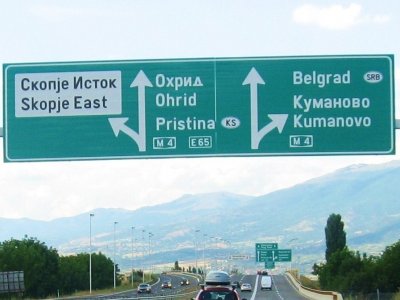 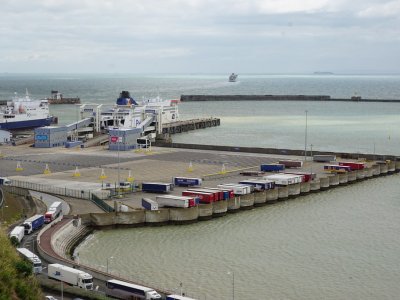 A simple guide to the UK...

Department For Transport: ECMT permits required for many European countries outs...
A simple guide to the UK Government’s new „Check an HGV” service
Unpopular Kent Access Permit scheme ends
What is Operation Brock? And how will it work?
Freight Forwarder John Shirley on why he believes Brexit will be a “colossal dis...