Hyundai ships first hydrogen-powered trucks to Europe. They can travel 400 km on a single charge 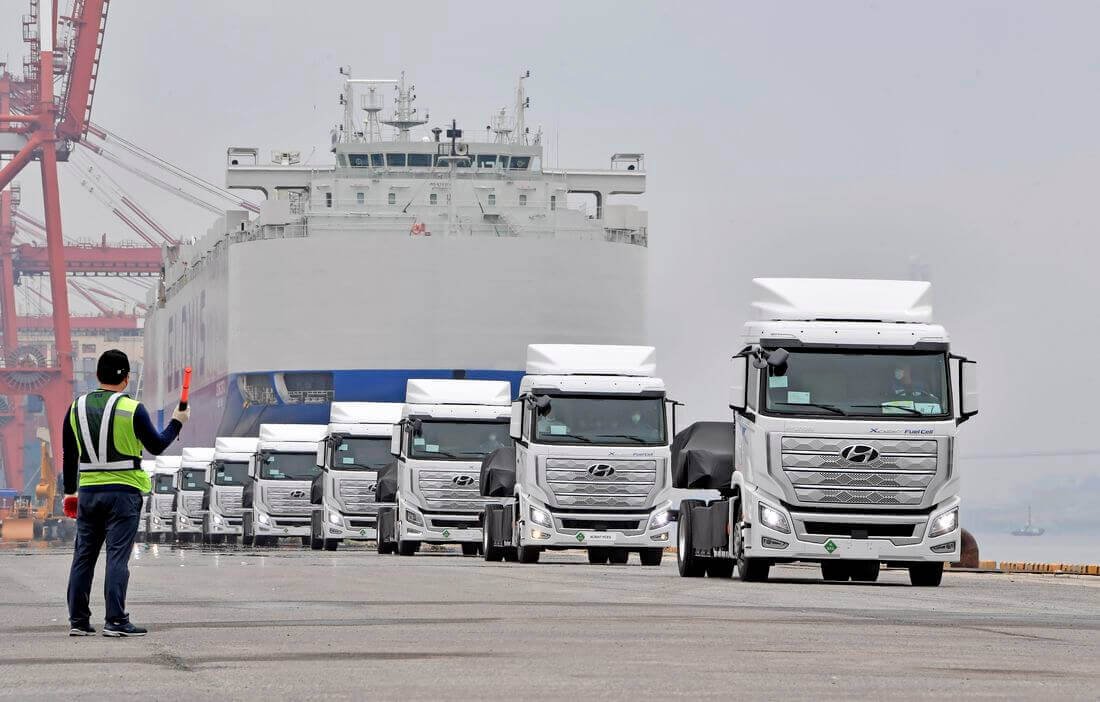 The first 10 tractor units are being transported to Switzerland, and Hyundai wants to roll out 50 by the end of this year. In the next 5 years – as many as 1,600.

The South Korean company announced that it would carry out such a large order for hydrogen fuel cell tractors in October last year. 1,600 Xcient trucks will go to the Swiss company H2 Energy, which specialises in the production and supply of hydrogen from renewable sources.

The company will make the trucks available to its customers (e.g. service station operators and retail companies) on a pay-per-use basis.

Xcient trucks are powered by a 190-kW hydrogen fuel cell system. The driving range is about 400 km on a single refuelling. This is for starters: Hyundai Motor is developing a long-distance tractor unit capable of traveling 1,000 kilometres on a single charge.

As Hyundai points out, “fuel cell technology is particularly well suited to commercial shipping and logistics due to the long distances it can cover and short refuelling times.”

This is not new technology. Already in 2019, experts saw the future of transport in it. According to Yorick Ligen from the Lausanne University of Technology (EPFL), this solution is expected to revolutionize truck transport and these innovations will be widely available within the next 5 years.

However, the media indicates that Hyundai was the first to start producing hydrogen-powered trucks on a large scale. It chose Switzerland as its place of expansion in Europe. Not without reason. It is there that zero-emission vehicles (to which Xcient belongs) are not subject to road tax (LSVA).

This makes using hydrogen-powered trucks profitable. The transport costs per kilometre for a fuel cell truck are almost the same as those incurred when using an ordinary diesel truck, explains the company. 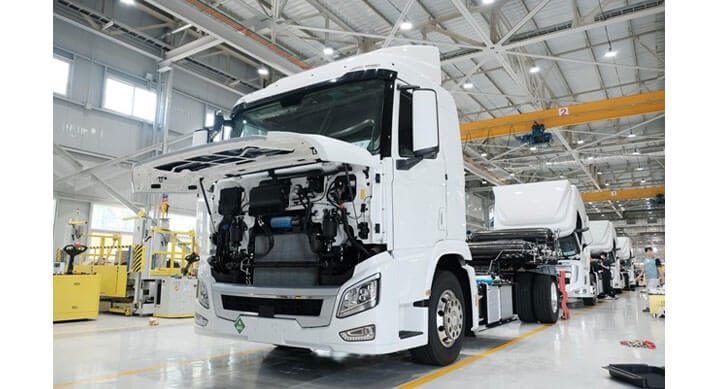 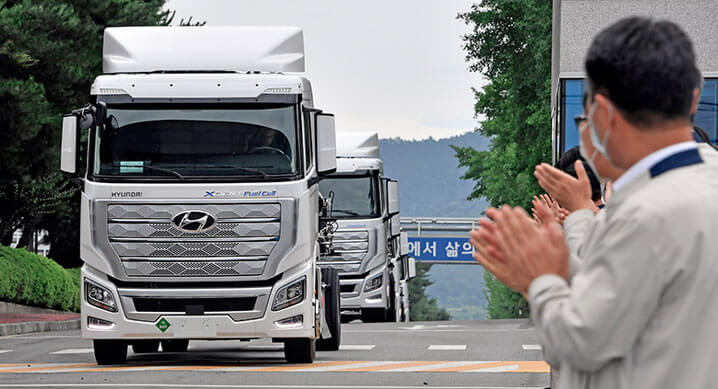 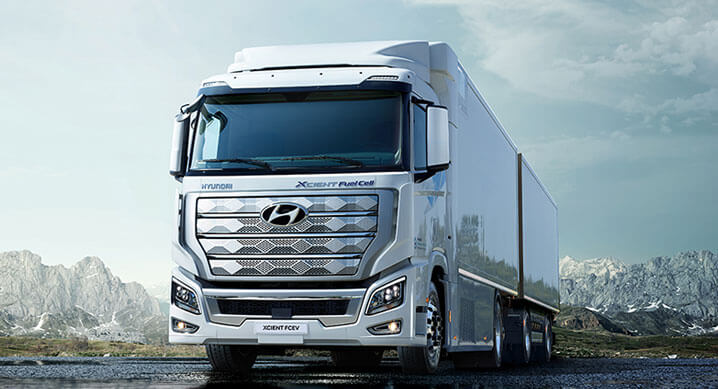