Last week, the Austrian Minister for Transport warned against the introduction of border controls. Now transport specialists from the Austrian Chamber of Commerce calculate the costs that would be generated if the trucks were held at the border.

According to the head of the Austrian Ministry of Transport, Norbert Hofer, the introduction of border controls would be a disaster. Many carriers would definitely decide to transport goods through Switzerland. Any such route would cost around 100 euros more, due to higher toll costs.

Losses of hundreds of thousands of euros

In turn, Alexander Klacska, head of the WKO Transport Department (Austrian Chamber of Commerce) summarized the costs related to the waiting time at border crossings. The amounts are really high.

If the southern border is closed, on weekdays, an hour’s downtime will cost carriers traveling across Austrian borders in total:

– around 294 thousand euro for an hour spent on the crossings in Spielfeld and Karawankentunnel on the border with Slovenia,

– around 654 thousand euro per hour on the border with Italy (border crossing in Brenner and Arnoldstein).

On the other hand, in Bavaria, checks at all four crossings will result in additional costs of 875.5 thousand euro per hour.

These calculations are based on an hourly rate of 50 euros, multiplied by the number of trucks crossing the indicated border crossing points each day. According to the Austrian motorway manager ASFINAG, each day almost 19 thousand trucks cross the southern border of Austria and approximately 8.5 thousand in Brenner. Nearly 40 percent of these vehicles come from Austria.

The reason for the introduction of border controls

After the German CSU and CDU reached a compromise on immigration policy, Austrian Chancellor Sebastian Kurz and Italian Minister of Internal Affairs, Matteo Salvini, announced the reintroduction of border controls.

The details of the compromise assume, among others, the creation of transit centers for refugees and sending asylum seekers to the German-Austrian border – reports dpa-international.com. 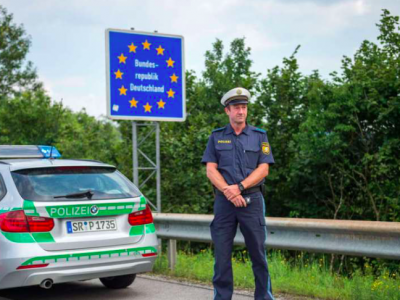 Austria is prolonging border checks once...