The winter tire season is just around the corner. Check where winter tires are mandatory. 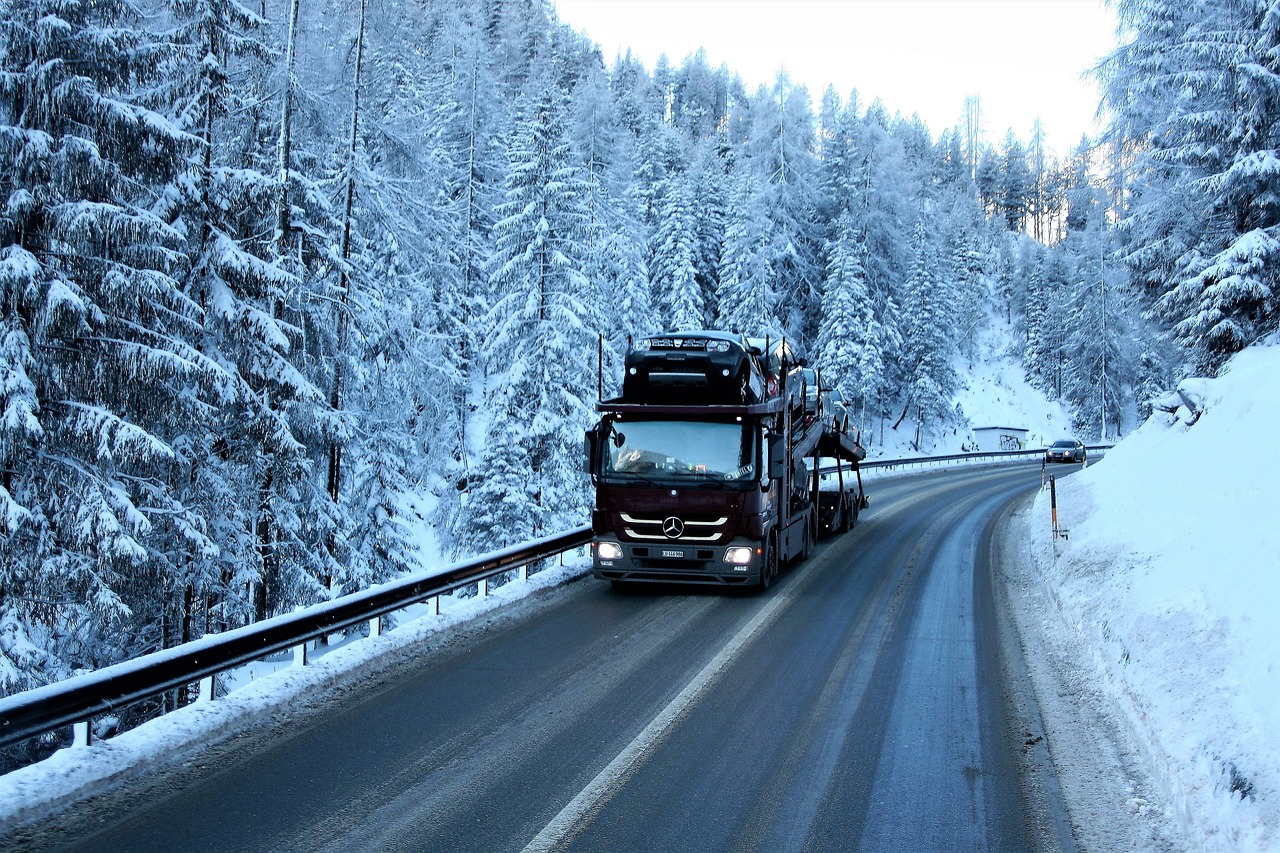 Don’t be surprised by winter, especially abroad. Familiarize yourself with the current European regulations on winter truck equipment. Check in which country you need winter tires, in which chains or spikes.

The biggest obstacle during the winter for both carriers and drivers are inconsistent regulations. Therefore, international truckers should bear in mind that the requirements for tyres in different countries can vary significantly. For example, without proper winter equipment, it is better not to show up in Bulgaria. 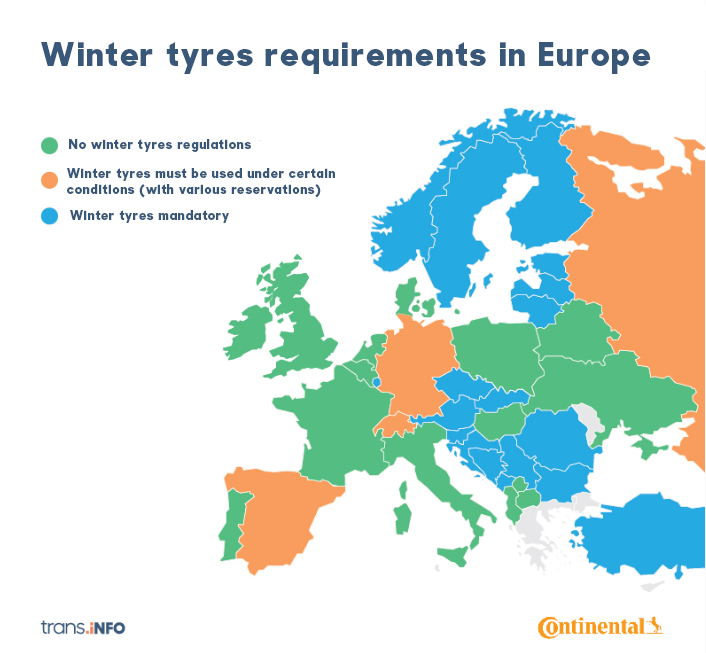 In many countries, studded tyres are regulated in different ways. Some countries prohibit the use of this equipment. This is the case, for example, in the Netherlands, Albania, Belgium, and Hungary. In turn, in other countries, the use of studded tyres is approached with greater ease. For example, in Great Britain, they are allowed, but only if they do not damage the surface. Otherwise, the driver may be charged for road repair costs.

An interesting solution was also used by the Norwegians who charge for the use of studded tyres in the regions of Trondheim and Oslo. The driver must have a suitable daily ticket, which can be purchased in vending machines on main roads, by phone or by text message. It costs about 3.9 euros. In turn, if a trucker wants to buy a monthly ticket, he must spend 52 euros. The annual ticket costs 155 euros.

Discrepancies can also be seen in the regulations on snow chains. Depending on the country, the season for snow chains starts already in October. For example, in Macedonia snow chains should be carried in the vehicle from October 15 to March 15, and in Austria, drivers must carry them from November 1 until April 15.

Another important element of winter vehicle equipment in many countries are … shovels. Depending on the region, it might be a useful tool when driving in difficult weather conditions. Bosnia and Herzegovina has introduced laws that require drivers to have snow shovels and a sandbag weighing between 25 kg and 50 kg in the vehicle. Similar regulations are found in Romania, where the shovel and sand are a mandatory element of winter equipment for vehicles with a gross vehicle weight above 3.5 tonnes. In Macedonia and Montenegro, both coaches and heavy goods vehicles must be equipped with snow shovels.

Below you can download a table courtesy of Continental, where you will find the most important information about European regulations for the season 2018/2019.

The tyre manufacturer Continental, has collected information about the regulations in individual countries. However, it should be remembered that despite the meticulousness in developing this statement, detailed and complete rules for the use of winter tyres and snow chains are included in the European countries’ road codes.