SEAT factory in Martorell uses 125 mobile robots. They transport nearly 24 thousand parts a day, covering 436 thousand kilometers a year. This is another example of the practical application of the logistics and industry concept 4.0.

According to the report of the United Nations Conference on Trade and Development, there are about 2 million industrial robots used all over the world. Nearly half of them are gathered in only three countries: Germany, Japan and the United States of America. “It is not enough to call it a revolution”, the researchers say. A different perspective is presented in the analysis of McKinsey company. It shows that only in the manufacturing industry two-thirds of working time is automated. Transport based on robots simplifies work of the workforce in factories and is able to reduce the time of manufacturing even by one fourth.

They can work in dangerous conditions

The more and more common presence of automation and robotization in intralogistics is a fact proved by AGV type systems. They can, for instance, transport components from a warehouse area to an assembly section. They can significantly simplify key operations, including just-in-time and just-in-sequence manufacturing, optimize logistic flows within a factory and improve warehouse management.

They are universal, they can transport different products and work „around the clock”, practically without interruptions. These systems can be used in the environments where hygienic and sanitary, microbiological or temperature conditions do not ensure full protection of the operator. AGV (Automated Guided Vehicles) solutions are similar in respect of the navigating system (magnetic tape), control (markers) and drive (batteries). The vehicles feature a complex safety system. Laser sensors can be precisely programmed on the basis of the location of obstacles in the premises. The vehicles are also equipped with sensors able to detect loads. 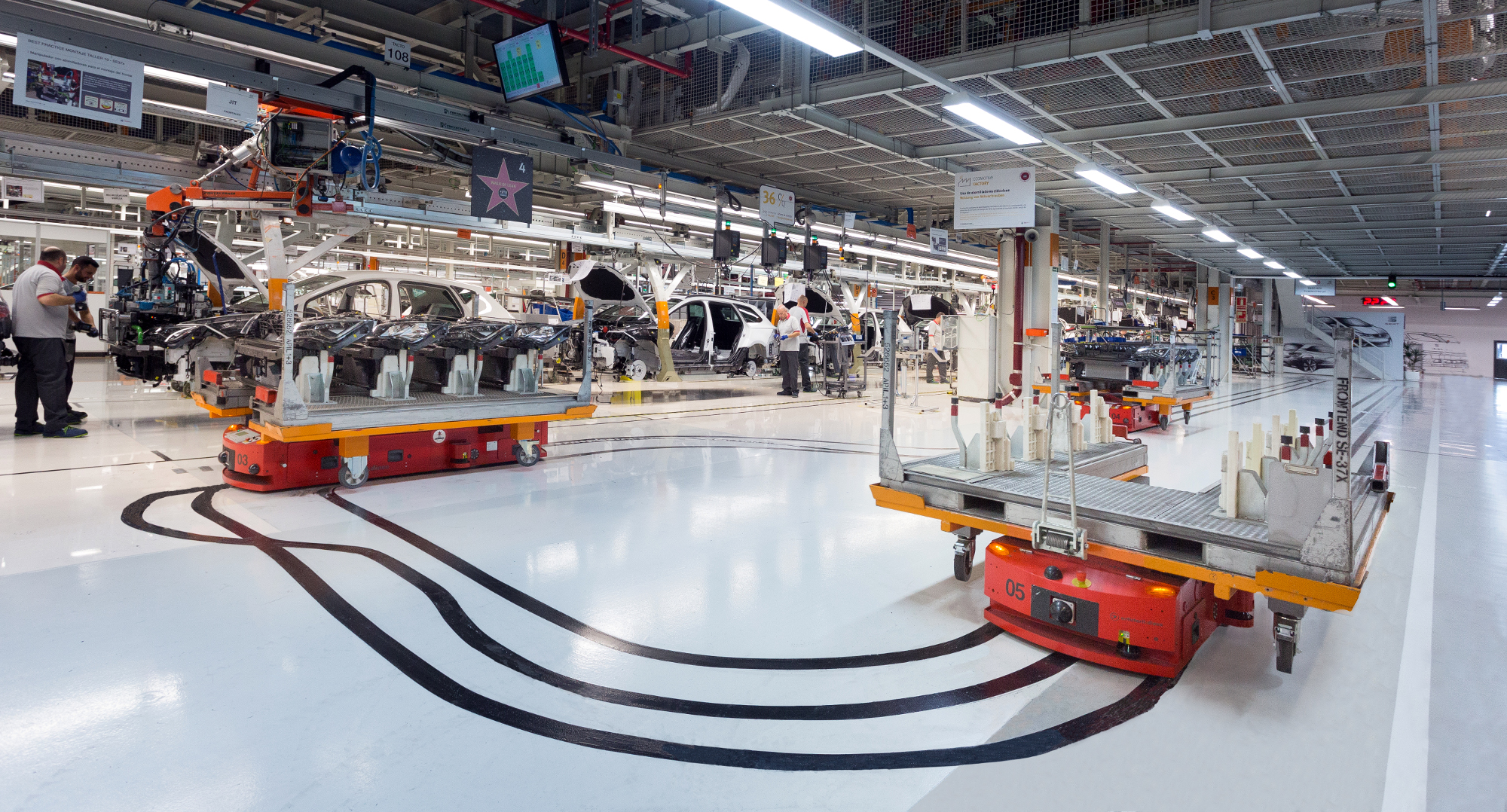 In each case, the key to effectiveness lies in the steering system applied, and the possibility to adapt the configuration of a flow path is a primary factor making these „transporting robots” so popular. The steering system may monitor both: all the information regarding location and status of trolleys as well as the orders sent by the manufacturing system.

Unmanned machines transport up to 1.5 tons of components

Such solutions have been recently applied by SEAT. The company’s Easy Mobility Team, working on new solutions, has implemented unmanned machines in their car factory.

The mobile robots in the factory in Martorell are guided by magnetic tapes built into the floor. Each route takes from 1 to 7 minutes. During this time, the robots use steering modules and automatically slow down at the bends to avoid losing stability while carrying heavy loads and to keep a safe distance. 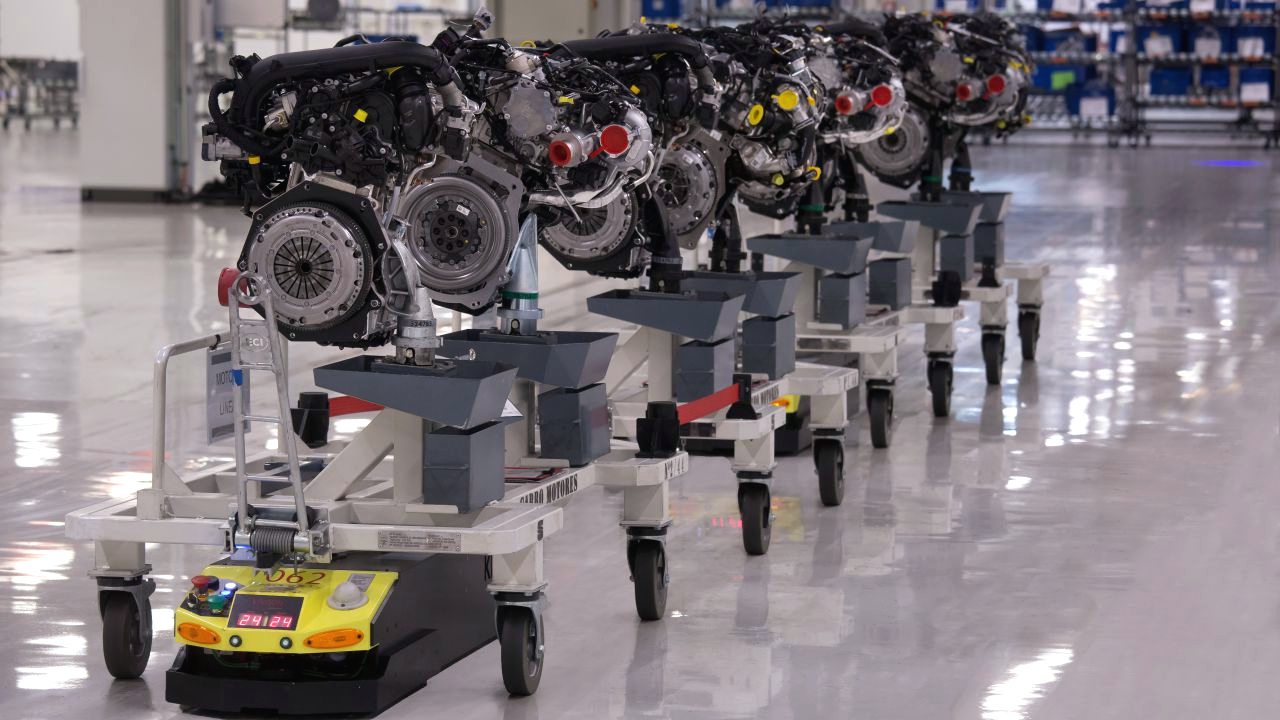 The robots scan a barcode to make sure they transport the right component. Then, using a sensor, they open the door to the warehouse, allowing the machines to perform the tasks set.

This is how the robots start their day, passing one another and cooperating with 7 thousand employees in the factory, which resembles a fully synchronized mechanism. Automatic robots transport engines, gearboxes, dampers or windows, and each of them can carry as much as 1.5 tons.

Each year, the robots cover 436 kilometers, which is one third more than the distance between the Earth and the Moon. Traveling along the paths set in advance, thanks to the system of cameras (360°), the machines know when to stop at a red light and when they encounter an employee on their way. They are coordinated with the movement of “pedestrians” in the factory premises and guarantee their safety with warnings generated by the laser scanning lights.

Five people watch over the paths of robots

A centralized server is used for collecting data from software installed in each robot, and their precise position is displayed as a numerical symbol on the screens in the control room. A green light indicates full efficiency, an orange light means stopping before an obstacle or charging batteries. The system also detects any technical issues and is able to resolve them immediately. 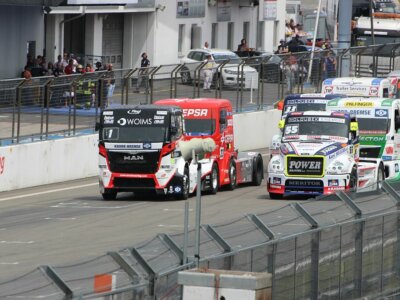 FIA ETRC aims to be haulage... 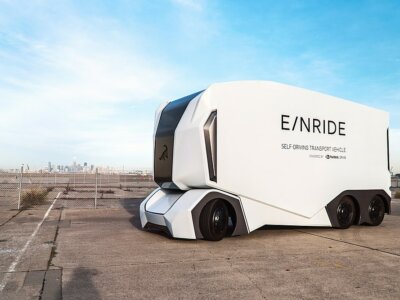 FIA ETRC aims to be haulage industry’s top platform for sustainable tech
Oxford study: robots will replace freight forwarders before lorry drivers
The Suez Canal puzzle – pulling the pieces together
The Renewable, Rechargeable Warehouse
The Everything Store = The Everything Company! E-commerce news by Nabil