An Insulate Britain protest in Westminster this morning ironically resulted in a truck carrying insulation materials being unable to get to its destination as planned. 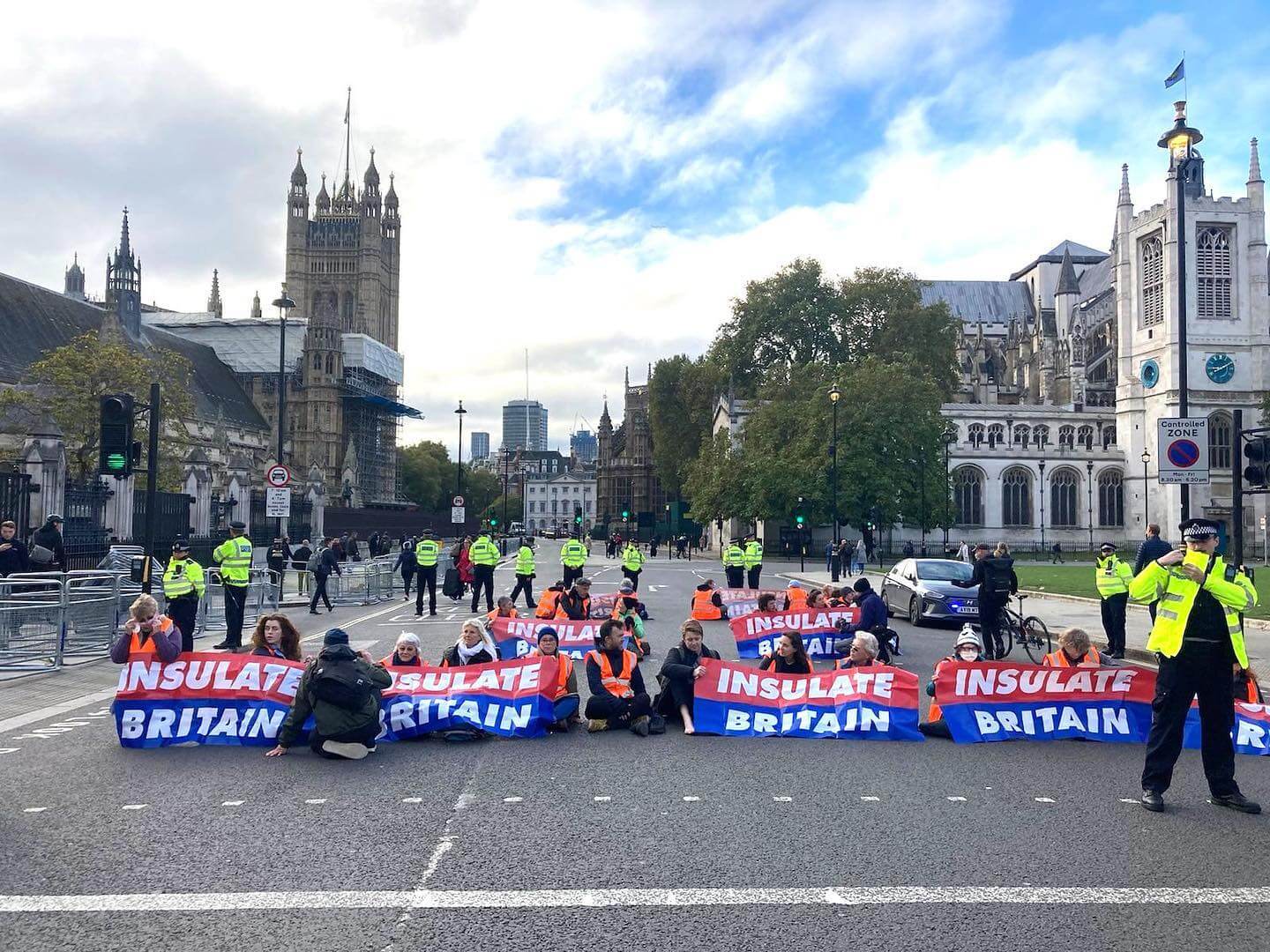 In another post, Insulate Britain added: “As will become clear after @cop26uk, @10downingstreet has no intention of taking the necessary action to protect its people.”

According to BBC News, about 30 protesters glued themselves to the ground.

The latest protest, along with the numerous others the group has made in recent weeks, has added to Insulate Britain’s profile. The organisation boasted today that 77% of the British public now know how they are as a result of their actions.

However, in something as an embarrassment, photos and videos of the protest show that Insulate Britain blocked a truck that was transporting insulation material:

In a statement, Insulate Britain said the protest was organised following the lack of any commitment on insulation during the recent COP26 climate change conference.

“This government refused to do the right thing. It couldn’t even bring itself to make a meaningful statement we can trust on insulation, never mind start the enormous task of retrofitting 29 million homes. As will become clear after COP26, our government has no intention of taking the necessary action to protect its people. It has broken the social contract –  the unwritten agreement in which we agree to obey the government’s laws and in return it will protect us. This is treason, and anyone in the civil service, police and criminal justice system who aids this government’s illegal actions is complicit in genocide.”

The truck that was blocked during the protest belongs to CCF, a nationwide distributor of insulation and interior building products to the UK construction industry.

One of the protesters who was being filmed appeared oblivious to the fact she was blocking the lorry, which would have been on course to deliver the very insulation materials Insulate Britain wants to see installed in all homes across the country.

Besides providing insulation material that helps reduce energy requirements and thus CO2 emissions, CCF also seems to be making an effort to cut its own emissions too. Back in April, the company added the UK’s first 27-tonne zero-emission vehicle to its London fleet.

Adding to the irony, the electric vehicle was photographed with the Houses of Parliament in the background, not far from where today’s protest took place. 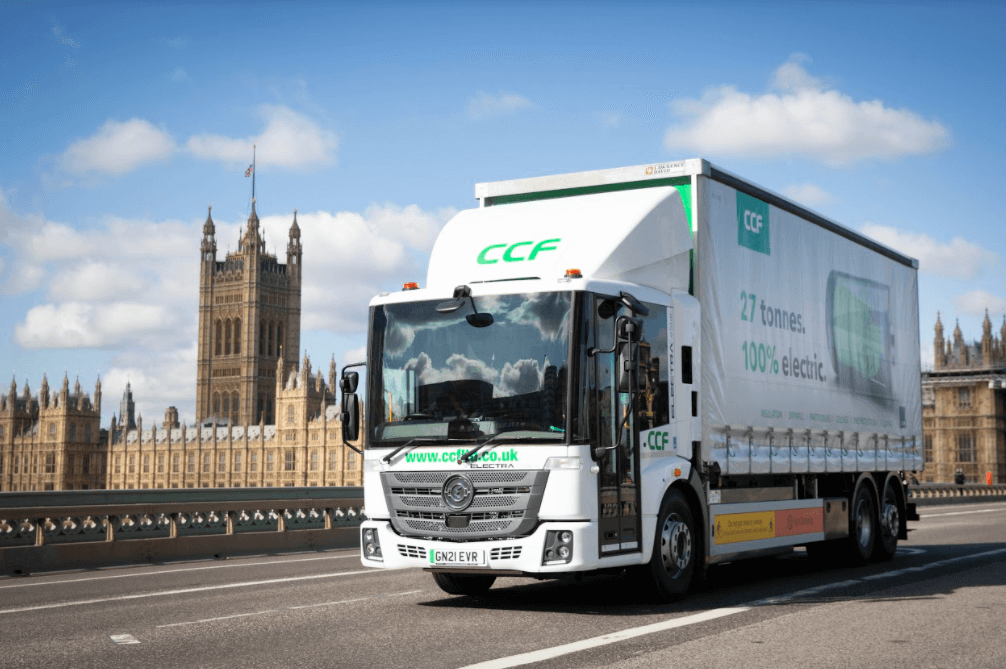